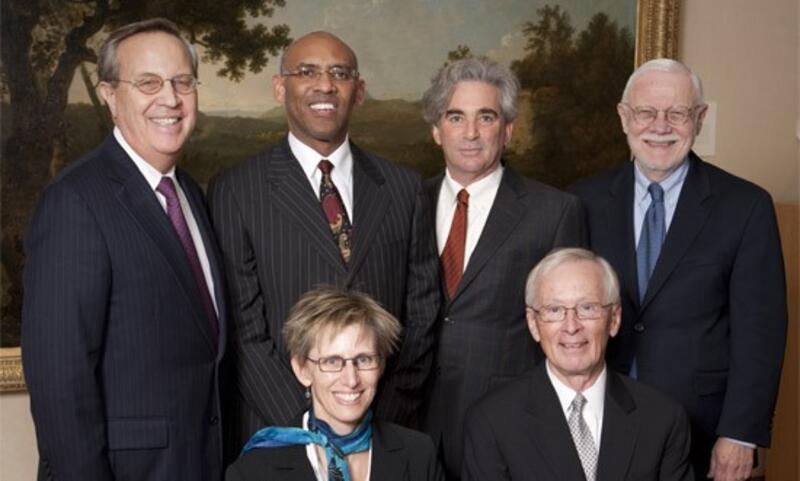 Laura Kiessling (Ph.D. 1989, Chemistry) pioneered the field of carbohydrate-mediated biology. Her research involves designing and synthesizing molecules that mimic natural molecules. Tracking what happens when these synthetic molecules enter into, or in some cases block bodily processes has helped promote an understanding of how these processes function at the molecular level.  Her research merges synthetic chemistry and biology, breaking new ground and creating new fields of study. She earned a B.S. from the Massachusetts Institute of Technology (1983) before coming to Yale. Her honors include a MacArthur Prize Fellowship and election to the National Academy of Sciences. She is a member of the American Academy of Arts & Sciences and a Fellow of the American Association for the Advancement of Science. Kiessling joined the faculty of the University of Wisconsin in 1991, where she is the Hilldale Professor of Chemistry and the Laurens Anderson Professor of Biochemistry.

Michael Levine (Ph.D. 1981, Molecular Biophysics and Biochemistry), a ground-breaking researcher, studies how genes control the construction of different body parts. With two colleagues, he discovered the “homeobox” genes, which turn certain DNA segments on and off in the fruit fly and more recently, in the sea squirt, so that identical molecules instruct cells to make very different structures. After completing his bachelor’s degree at the University of California, Berkeley, Levine came to Yale for his Ph.D. in the Department of Molecular Biophysics & Biochemistry. He held postdoctoral fellowships at the University of Basel, Switzerland, and at Berkeley, before joining the faculty of Columbia University (1984–90), followed by a stint at UC San Diego (1991–96). He has been on the faculty at UC Berkeley since 1996, where he is head of the Division of Genetics, Genomics, and Development and co-director of the Center for Integrative Genomics. Among his honors are the Monsanto Prize in Molecular Biology in 1996 and election to the National Academy of Sciences in 1998.

Richard Powell (M.A. 1982, African American Studies, Ph.D. 1988, History of Art) is considered the nation’s foremost scholar on the history of African American art. His books and articles have profoundly influenced the field, and his Black Art: A Cultural History, has become the standard text on the subject worldwide. His seven exhibition catalogs have made him as well known in the museum world as he is in the academy, and his insights have altered public understanding of African American and African diaspora art. Powell is the John Spencer Bassett Professor of Art and Art History at Duke University and editor-in-chief of Art Bulletin, published by the College Art Association. He earned a B.A. from Morehouse College, then an M.F.A. in printmaking from Howard University. He came to Yale to become a scholar, first earning the M.A. degree in Afro-American Studies and then a Ph.D. in the History of Art. He joined the faculty of Duke in 1989 after serving as director of programs at the Washington Project for the Arts and holding appointments at the Smithsonian Institution, Middlebury College and Wesleyan University.

William J. Willis (B.A. 1952, Ph.D. 1958, Physics), a pioneer in the field of elementary particle physics, developed some of the basic tools of high-energy elementary particle research: calorimetry and transition radiation. His wide-ranging experiments have been central to his evolving field. In addition, he has been an outstanding scientific administrator at national and international laboratories, including Brookhaven National Laboratory, the Fermi National Accelerator Laboratory, and CERN (European Organization for Nuclear Research). He has served on many international scientific advisory panels and now chairs the Research and Development Board for the International Linear Collider. After earning both his B.A. and Ph.D. from Yale, he worked at Brookhaven for seven years, and joined the Yale faculty (1965–73). From 1973–91, he worked at CERN, and was later named the Higgins Professor of Physics at Columbia University. His honors include membership in the American Academy of Arts and Sciences and the American Physical Society, which awarded him the Panofsky Prize in 2003.