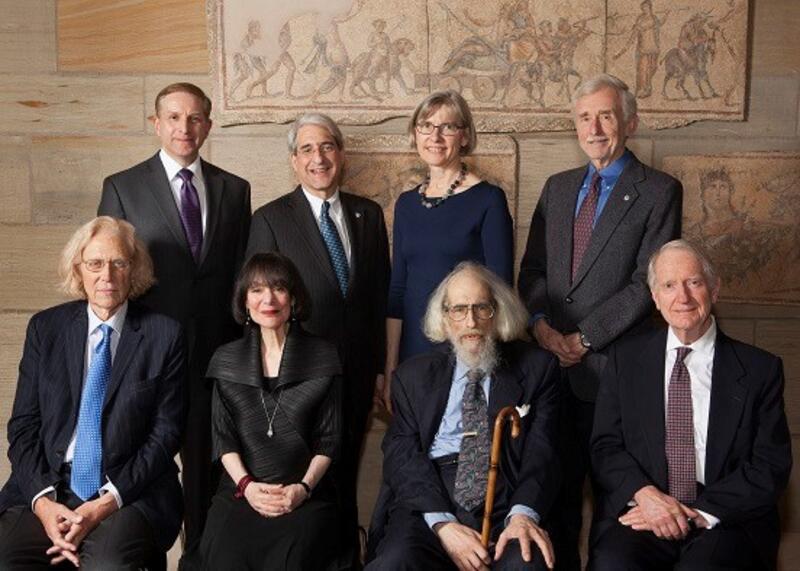 Carol S. Dweck (Ph.D. 1972, Psychology), the Lewis and Virginia Eaton Professor of Psychology at Stanford University, is a social developmental psychologist who has explored topics ranging from learning theory to prejudice. Her landmark work centers on children’s implicit theories of personality and ability and how these theories influence their performance and motivation. Her research has demonstrated that individuals who believe that their intellectual abilities can be improved if they work harder are more likely to succeed than those who believe their personal growth and development are genetically determined and therefore fixed. These findings, written up in three best-selling books on the theme of “mindset,” are having a transformative effect on educational theory and practice as well as on developmental psychology. Her books have been translated into 18 languages and her articles are among the most frequently cited in her field.

Dweck has received many honors, including the E. L. Thorndike Career Achievement Award in Educational Psychology; the American Psychological Association’s Distinguished Scientific Contribution Award; the Campbell Award for Distinguished Contributions to Research in Social Psychology; and the Ann L. Brown Award for Excellence in Developmental Research; and many others. She is a member of the American Academy of Arts and Sciences.

Philip C. Hanawalt (Ph.D. 1959, Molecular Biophysics & Biochemistry), the Dr. Morris Herzstein Professor in Biology at Stanford University, has devoted his career to the study of DNA repair and mutagenesis. As a graduate student, he researched the inhibitory effect of ultraviolet light on DNA, RNA, and protein synthesis. At Stanford in the 1980s, he discovered the pathway of transcription-coupled repair, a finding that has had profound implications for the fields of mutagenesis, environmental carcinogenesis, aging, and risk assessment. His work has had a major impact on deciphering the mechanistic basis of conserved biological pathways that are critically important for genome maintenance.

His many distinctions include election to the National Academy of Sciences, the American Academy of Arts and Sciences, the American Society for Microbiology, and the American Association for the Advancement of Science. His research has earned the International Mutation Award, the Annual Award for Excellence in Basic Science from the Environmental Mutagen Society, and the Rothschild-Yvette Mayent-Institut Curie Award and Lectureship in Paris, and he has been honored for his exceptional teaching. He has organized many scientific conferences, served on NIH study sections and reviewing panels, and has been president of the Environmental Mutagen Society.

Jeremy Bradford Cook Jackson (Ph.D. 1971, Geology & Geophysics), is a coral reef biologist and advocate for healthy oceans. Currently scientific director of the Global Coral Reef Monitoring Network, senior adjunct scientist at the National Museum of Natural History of the Smithsonian Institution, and professor emeritus at the Scripps Institution of Oceanography in California, he has explored and defended the marine environment since he was a graduate student.

His ground-breaking research on the reef at Discovery Bay in Jamaica revealed that human behavior had rendered the coral unable to regenerate after a Category 5 hurricane, radically altering our understanding of marine ecology. At the Smithsonian Tropical Research Institute in Panama, his research revealed that the human impact on marine ecosystems goes back thousands of years and has accelerated in recent decades. He has served on the advisory boards of the National Oceanic and Atmospheric Administration (NOAA) and the Yale Institute of Biospheric Studies and advocated for responsible ocean policies.

Jackson’s honors include election to the American Association for the Advancement of Science, the Darwin Medal, Paleontological Medal, Peter Benchley Award, Roger Tory Peterson Medal, Edward T. LaRoe Memorial Award, and the International Award for Research in Ecology and Conservation.

Thomas Pollard (Honoris Causa) is the Sterling Professor of Molecular, Cellular and Developmental Biology at Yale. As Dean of the Graduate School, 2010–2014, he introduced significant programs to improve the experience of Yale’s graduate students and enhance their professional prospects. His work with the Graduate School Alumni Association Board helped involve alumni as career mentors. While leading the Graduate School, he continued to conduct research in his lab on cellular motility and cell division.

Pollard earned his MD at Harvard Medical School. Prior to joining the Yale faculty in 2001, he was president of the Salk Institute for Biological Studies and on the faculty of the University of California, San Diego. He founded and directed the first department of cell biology at the Johns Hopkins School of Medicine and was inaugural director of its Graduate Program in Cellular and Molecular Medicine.

Pollard is a fellow of the National Academy of Sciences, American Academy of Arts and Sciences, Biophysical Society, and Institute of Medicine. His research has won major awards and his colleagues elected him president of the American Society for Cell Biology and the Biophysical Society. The textbook for which he is the lead author, Cell Biology, is a standard in the field.

Jonathan Z. Smith (Ph.D. 1969, Religious Studies) is widely considered the most distinguished and significant theorist of the study of religion and comparative religions living today. In 2013, when he was given Honorary Lifetime Membership in the International Association for the History of Religions, the citation said, “He has probably done more than any single scholar to promote an analytic or critical approach to the study of religion.”

Smith’s academic interests range from the theory of ritual to Hellenistic religions, from Māori cults in the 19th century to the mass suicide in Jonestown, Guyana. His books include Map is Not Territory: Essays in the History of Religions; Drudgery Divine: On the Comparison of Early Christianities and the Religions of Late Antiquity; and Relating Religion: Essays in the Study of Religion. His essays are required reading in hundreds of college and graduate school courses, and distinguished scholars of religion have written extensively about his work.