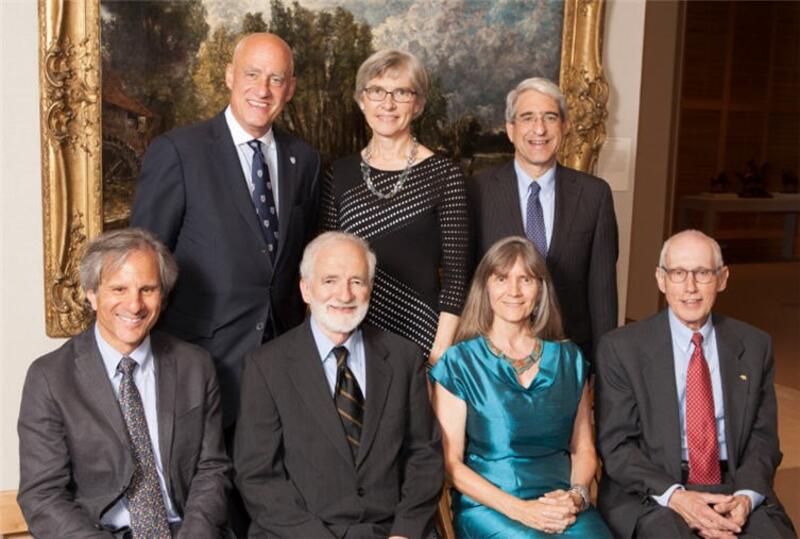 Arend Lijphart (Ph.D.1963, Political Science), professor emeritus at the University of California, San Diego, has made extraordinary contributions to the study of comparative politics and democracies. In addition, he has been deeply engaged in moderating conflict in societies torn apart by religious and ethnic differences such as South Africa, Lebanon, Malaysia, Bosnia, Iraq, and Northern Ireland.

Lijphart’s article, “Comparative Politics and the Comparative Method,” has been cited more than 2,500 times since its publication in 1971. His research into how divided societies govern themselves broke new ground. He identified and explored “consociationalism,” a form of democracy that guarantees representation to minorities in a society. He introduced the concept in Democracy in Plural Societies: A Comparative Exploration (Yale University Press, 1977), arguing that conflict is best moderated when certain strategies, which he termed “consociational,” are employed: organizing a society as a coalition of its major segments; giving minorities veto power over significant community issues; using proportionality in government employment; and allowing cultural autonomy for all of a society’s significant subgroups. As a scholar, he has written twelve books, many articles and edited nearly twenty volumes.

A former president of the American Political Science Association and fellow of the American Academy of Arts and Sciences, Lijphart was awarded the Johan Skytte Prize in 1997, arguably the most distinguished international award in political science. He holds three honorary doctorates, including one from Queen’s University, Belfast, honoring his influence on Northern Ireland’s successful peace process. He is a member of the Royal Netherlands Academy of Science and the British Academy, and has held visiting posts at universities around the world, including Cambridge, Oxford, and Uppsala.

Ira Mellman (Ph.D. 1978, Genetics), vice president of Cancer Immunology at Genentech, is one of the world’s most original thinkers and preeminent scientists in the fields of cell biology and cancer immunotherapy. During his years on the faculty at Yale, 1981-2007, he rose through the ranks from assistant professor to Sterling Professor of Cell Biology. In 1997, he was the founding director of the combined graduate program in the Biological and Biomedical Sciences. From 2000 to 2007, he served as chair of the Department of Cell Biology and from 2004-2007 was simultaneously the scientific director of the Yale Comprehensive Cancer Center.

As a scientist at Yale, Mellman made major advances in elucidating how cells internalize and process extracellular material. Building on these findings, he became interested in how the dysfunction of these processes impact immunological diseases and cancer. In 2007, he joined Genentech to develop treatments. He currently also holds a faculty appointment in biochemistry and biophysics at the University of California, San Francisco.

As editor-in-chief of the Journal of Cell Biology for a decade, as a member of the editorial board of seven scientific journals, as a member of the advisory board of the American Cancer Society and numerous other advisory boards, and as a council member of the American Society of Cell Biology, Mellman has promoted the application of fundamental research to clinically important problems. His many honors and achievements include membership in the National Academy of Sciences, the American Academy of Arts and Sciences, and the European Molecular Biology Organization; a long list of invited keynote lectures, and more than two hundred publications.

Arthur Nozik (Ph.D. 1963, Chemistry), is a world-renowned leader in the science and technology of solar energy production. He understands the underlying physical and chemical processes at their most fundamental molecular levels and translates this knowledge into practical solutions. As senior research fellow (emeritus) at the National Renewable Energy Laboratory (NREL), scientific director of the Center for Revolutionary Solar Photoconversion, and research professor at the University of Colorado in Boulder, he has identified and clarified the fundamental issues that limit the performance of solar cells and has designed new materials and new nanometer-sized structures to address these limitations. His research at NREL set the standards for solar cell performance. His recent work is at the forefront of research into a process known as “multiple exciton generation,” which will result in higher efficiencies by producing more than one electron per photon absorbed.

Nozik has published more than 250 papers and 50 book chapters, written or edited seven books, delivered over 365 invited talks at universities and conferences, and holds eleven patents.

His honors include the Heinz Gerischer Award of the European Section of the Electrochemical Society, 2013; the Gustavus Esselen Award for Chemistry in the Public Interest, American Chemical Society Northeastern Section, 2011; and the international ENI Prize, presented by the president of Italy in 2008. The Journal of Physical Chemistry, where he was senior editor for twelve years, dedicated a “Festschrift” issue in his honor in 2006. He has served on numerous editorial boards, advisory committees and panels (at least 10 for the U.S. Department of Energy alone), and has taken on countless leadership roles in organizing conferences, symposia, and workshops.

Eleanor Sterling (B.A. 1983, Ph.D. 1993, Anthropology / Forestry & Environmental Studies), chief conservation scientist and former director of the Center for Biodiversity and Conservation at the American Museum of Natural History in New York, is an outstanding scientist and environmental advocate as well as scholar, educator, mentor, and administrator.

Sterling launched her career with a study of the aye-aye, a reclusive, nocturnal Madagascan lemur once thought to be extinct. She remains the world’s authority on this extraordinary animal. Her research has taken her to some of the most biologically rich, but least studied regions of the world, where she worked across academic disciplines and forged effective partnerships with NGOs, governmental agencies, and indigenous communities. She has been invited to serve on planning committees by the World Conservation Union, the World Commission on Parks and Protected Areas, and the Society for Conservation Biology. In 2013, she was awarded the Society of Conservation Biology’s highest honor: the “Distinguished Services Award.” Past recipients include E.O. Wilson, Al Gore, and Sir David Attenborough. The following year, the American Museum of Natural History honored her for her visionary leadership and contributions to global environmental conservation.

Sterling has been on the faculty of Columbia University’s Department of Ecology, Evolution, and Environmental Biology since 1997 and served as director of graduate studies from 2002 to 2012. She holds faculty positions at the Bard Center for Environmental Policy, City University of New York, and the New York Consortium in Evolutionary Primatology, and serves on numerous advisory boards and policy centers. She is a member of the American Association for the Advancement of Science, the Association of Women in Science, the Ecological Society of America, Sigma Xi Scientific Research Society, and the Society for Conservation Biology.