Deans of the Graduate School of Arts and Sciences, 1892- present

Many notable scholars and administrators have served as Dean of the Graduate School at Yale.  GSAS Deans are chosen by the University President from within Yale's leading tenured scholars and graduate student mentors. While they have all ably led the students and faculty of   GSAS, their experience as Graduate Dean prepared many for other leadership positions in higher education at Yale, at other institutions, and in one case, in the governor's office of Connecticut. Their names are carved in the wall of the former Dean's office in the Hall of Graduate Studies. Many of the former Deans are interred in nearby Grove Street Cemetery along with other Yale and New Haven notables.

Wilbur Lucius Cross, Ph.D. 1889; Dean 1916 - 1930; English; Cross was a visionary Dean who created much of the school and system of graduate study that we know today at Yale. 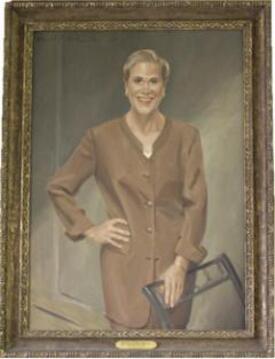 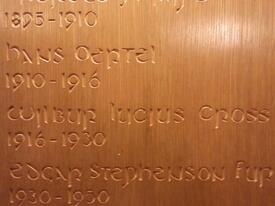