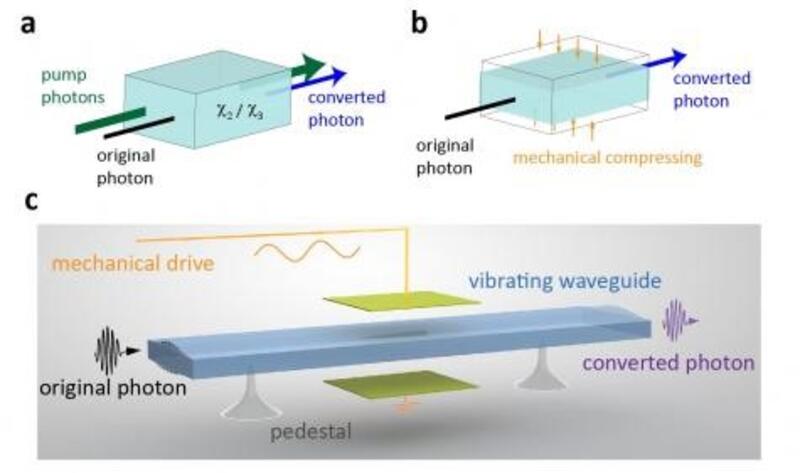 Linran Fan (Engineering and Applied Science) is first author of an article published in Nature Photonics that presents a significant breakthrough in quantum communications and quantum computing.

Working in the lab of Hong Tang, the Llewellyn West Jones, Jr. Professor of Electrical Engineering & Physics, Fan and fellow researchers developed a new technique to control the frequency of single photons – a crucial step in realizing the potential of quantum technology.

Established methods for changing photon frequency have significant drawbacks. The most common technique uses “nonlinear optical effects,” in which a laser essentially acts as a pump, changing the photon frequency by providing extra photons to mix with the original one. Because the effect is weak and probabilistic, the process requires a very strong laser that creates “noise,” which causes some of the quantum properties to be lost.

Using a completely different technique, the Tang lab was able to alter photon frequency by up to 300 GHz without creating any noise. They did this by changing the photon’s propagating medium – the material in which the light travels. In standard integrated photonics, silicon, silicon nitride, and silicon di-oxide (SiO2) are commonly used for the “waveguide,” the structure that guides the light. Tang’s lab introduced the use of aluminum nitride as the propagating medium, and that made all the difference. They were able to stretch or compress the photon and change its frequency while the photon was in the waveguide — a process that takes about 40 picoseconds. A picosecond is one-trillionth of a second, and since the frequency change must happen exactly as the photon enters the waveguide, achieving this was quite a challenge.

“We utilize microwave and the piezoelectric effect, which turns microwave energy into mechanical stress, to change the waveguide structure,” Fan explains. The piezoelectric effect is the ability of certain materials to generate an alternating current (AC) voltage when subjected to mechanical stress or vibration, or to vibrate when subjected to an AC voltage, or both. “We don’t need the optical pump, so we don’t create any noise photon.” 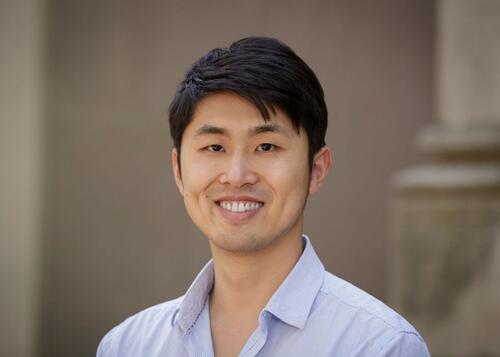 Fan was born and brought up in China, and earned his undergraduate degree from Beijing University. He first became interested in quantum physics in high school, when he participated in a physics knowledge competition. He chose Yale for graduate study because, “Yale’s graduate program is focused and outstanding,” he says. “It is one of the best in my research area. Also, New Haven is a nice and quiet place for research.”

When not in the lab, Fan likes to go hiking and camping, play guitar and accordion, and play basketball.