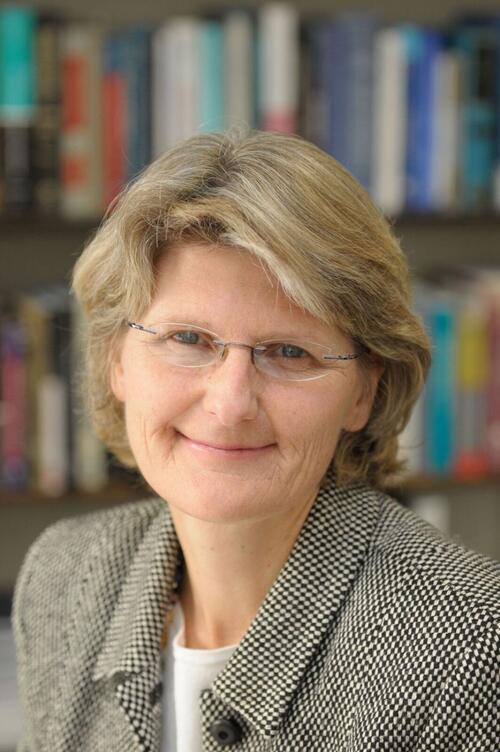 Elizabeth (Betsy) Bradley (PhD 1996, Public Health), the Brady-Johnson Professor of Grand Strategy at Yale and faculty director of the Global Health Leadership Institute, has been named the next president of Vassar College. Bradley is also professor of public health and head of Branford College. She will remain at Yale through the end of this academic year before assuming her new position.

Bradley came to Yale 25 years ago as a doctoral student in health economics after completing her AB from Harvard and MBA from the University of Chicago. In 2009 she founded the Global Health Leadership Institute, which connects faculty at Yale with researchers, practitioners, and policymakers around the world. Under her leadership, Yale also launched the Global Health Scholars, an interdisciplinary undergraduate program combining classroom learning and fieldwork. For the last year, she has served as director of the Brady-Johnson Program in Grand Strategy.

Bradley has headed Branford College for six years. In that position, she strengthened the graduate affiliates program and introduced many other initiatives.

“The graduate students have added a ton to Branford College,” she says. “They have held mentoring sessions, led the Cushing Center brain museum tours, and one even held our hands (metaphorically) through the presidential election. I will miss them and the undergraduates dearly.”

Bradley’s work on the design and implementation of health care systems has earned her international recognition. She has directed projects in China, Ethiopia, India, Liberia, Rwanda, South Africa, and the United Kingdom. Her work as principle investigator for Yale on the Rwanda Human Resources for Health Program was recognized by President Bill Clinton and the Clinton Global Initiative during their annual meeting in 2012. She received a Bill & Melinda Gates Foundation grant to develop a framework for the diffusion, dissemination, and implementation of health innovations. She has published more than 300 peer-reviewed papers and co-authored three books, most recently, The American Healthcare Paradox: Why Spending More is Getting Us Less.

“My time at Yale has been inspirational – in large part because of the amazing students and faculty with whom I've had the pleasure of working, living, arguing, and learning. At the same time, I know they will understand when I say that this is an opportunity I could not turn down. I am energized by the opportunity to lead one of the nation’s great liberal arts colleges.”

At Vassar, Bradley will succeed Catharine (Cappy) Bond Hill (PhD 1985, Economics). Hill, an alumni fellow of the Yale Corporation since 2013, has served as Vassar's president for a decade.