Alumna Honored by The Explorers Club for Conservation Work in Africa 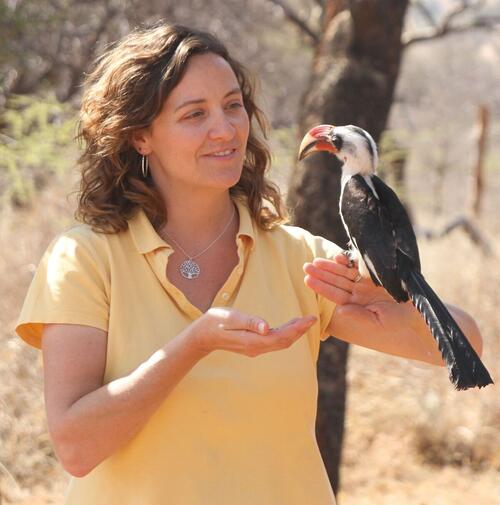 The Explorers Club, an international multidisciplinary professional society dedicated to the advancement of field research and the ethos of exploration, has given Laly Lichtenfeld (MFS 1999; PhD 2005, FES) a 2016 Lowell Thomas Award for Open Space Preservation.

Lichtenfeld is co-founder and executive director of the African People & Wildlife (APW) Fund. Launched in 2005, the organization helps rural communities conserve and benefit from the wildlife and natural resources around them. Northern Tanzania, where the organization is based, encompasses nearly 10 million acres of woodlands, bush, and open grassland where wildlife still roams freely.

Lichtenfeld’s first trip to Africa was with the National Outdoor Leadership School in 1992, during the summer of her first year at the University of Richmond. “Traveling with NOLS opened my eyes to the extraordinary people, wildlife, and environments of Kenya,” she says. “I was immediately hooked, and I knew it was the start of a lifetime commitment to the continent.”

After graduating from college, she returned to Kenya on a Fulbright study award. “This is where I acquired my on-the-ground field skills and developed my interest in working with rural community members to help build local abilities to engage in wildlife and environmental conservation,” she says.

At Yale, Lichtenfeld wrote a dissertation that combined wildlife ecology and social ecology in an interdisciplinary study of human-lion interactions on the Maasai Steppe of Northern Tanzania. Her advisers were Stephen Kellert and Oswald Schmitz.

“The nighttime sounds of the bush, the local people I work with, the great vistas of the Maasai Steppe, the excitement of success, and the desire to overcome tomorrow's challenges. All these things are under my skin and in my blood,” she says.

Born in Munich, Germany, Lichtenfeld moved to the US as a three-year-old and grew up in rural New Jersey. She now lives with her husband, Charles Trout, in Northern Tanzania. Trout is co-founder and director of programs for APW. He has spent the last 20 years living in and around the protected areas of Tanzania, including the Serengeti National Park and the Selous Game Reserve.

Together with their team of 50 Tanzanian citizens, Lichtenfeld and Trout have pioneered an innovative model for community-driven conservation. Their flagship “Living Walls” program, which prevents conflict between people and big cats, positively impacts the lives of 12,500 people every day and saves more than 150 lions each year. There are now more than 700 Living Walls across five programmatic areas in Northern Tanzania.