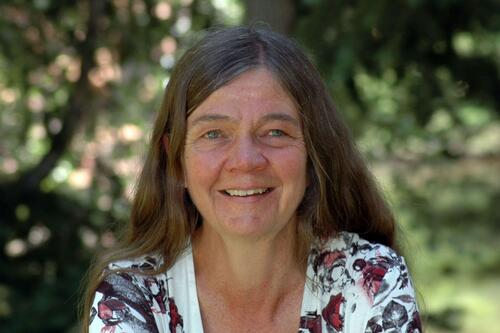 Patricia (Patty) Nelson Limerick (PhD 1980, History), faculty director of the Center of the American West and professor of environmental studies and history at the University of Colorado – Boulder, was named Colorado State Historian on January 11, 2016, by Governor John Hickenlooper. The appointment is part of a new collaborative partnership initiated by History Colorado and the University of Colorado to advance understanding and appreciation of the state’s history. History Colorado is a state agency that runs Colorado’s major museums and maintains its archives.

Limerick will continue to hold her academic position while serving in the new role. As State Historian, she and her team will consult and collaborate on History Colorado Center exhibits, schedule public events, and develop a university course that will give students practical training in exhibit development.

In 2015, President Barack Obama appointed (and the Senate confirmed) Limerick to the National Council on the Humanities, a panel of 26 scholars who review and make recommendations on grant applications for the National Endowment for the Humanities.

Two years after joining the faculty at CU-Boulder in 1984, Limerick co-founded the Center of the American West, a forum committed to the exploration of important and often contentious public issues such as fracking and Native American identity. The center publishes books, produces films, hosts lectures, and presents the annual Wallace Stegner Award to an individual or organization that has made a “sustained contribution to the cultural identity of the West through literature, art, history, lore, or an understanding of the West.”

In 1995, Limerick was awarded a MacArthur Fellowship, a five-year “genius grant.” She has done two tours of duty on the Pulitzer Prize Non-fiction Jury and has also served as the chair of the Pulitzer History Jury. Her books include Desert Passages (1985), followed in 1987 by her best-known work, The Legacy of Conquest: The Unbroken Past of the American West, an overview and reinterpretation of Western American history that had a profound influence on her field. She is co-author, with Jason L. Hanson, of A Ditch in Time: The City, the West, and Water (2012). Many of her published articles were collected in 2000 under the title Something in the Soil: Legacies and Reckonings in the New West. Limerick writes a monthly column for The Denver Post.