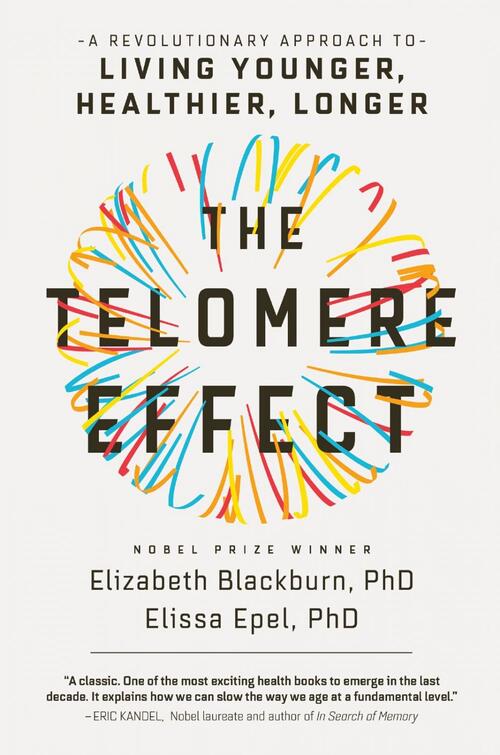 Culminating ten years of collaborative research, Elissa Epel (PhD 1999, Psychology) and Nobel Laureate Elizabeth Blackburn published a book in early January: The Telomere Effect (Hachette, 2017). It has been on the New York Times Best Seller List since it came out.

Epel, professor in the Department of Psychiatry at the University of California, San Francisco, is also director of UCSF’s Aging, Metabolism, and Emotion Center and associate director of the Center for Health and Community. Her research focuses on how stress promotes obesity and accelerates telomere shortening, which causes cellular aging.

Blackburn also has a Yale connection: she was a postdoctoral fellow here in the 1970s. She and two other scientists won the 2009 Nobel Prize in Physiology or Medicine for their discovery of telomerase and the role telomeres play in the aging process. She is currently the president of the Salk Institute for Biological Studies. Prior to her appointment to that position in 2015, she was on the faculty of UCSF.

Telomeres are structures that provide protection to the ends of chromosomes, rather like what aglets do for shoelaces. Telomeres shorten with each cell division, and when they get too short, cells lose their ability to divide and renew the tissues that depend on them. In The Telomere Effect, Epel and Blackburn analyze research on the correlation between the length and condition of telomeres and the way people age. Using nontechnical language, they explain why personal and social factors can speed up or slow down cellular aging, as indexed by telomeres. Sleep, exercise, diet, chronic stress, relationships, and other factors have a profound impact on telomeres, and therefore on the aging process. Epel and Blackburn found that changes to daily habits can protect telomeres and increase the number of years people are able to remain healthy, active, and disease-free. What sets their book apart from other healthy-aging guides is the rigorous, peer-reviewed research underpinning each habit.

Epel was elected to the National Academy of Medicine in October 2016 — a rare distinction for a non-physician. She has been honored by the American Psychological Association for her research several times. She also was awarded the Academy of Behavioral Medicine Research Neal Miller Young Investigator Award and the International Society for Psychoneuroendocrinology’s Young Investigator Award.

At Yale, Epel wrote a dissertation advised by Yale President Peter Salovey (PhD 1986, Psychology); Jeannette Ickovics, the Samuel and Liselotte Herman Professor of Social and Behavioral Sciences in the School of Public Health; and Kelly Brownell, who is now dean of the Sanford School of Public Policy at Duke University.

“In the early 90s, there were still historic pioneers in the field, walking through Kirtland Hall and joining our lunch lectures,” she recalls. “It was an exciting era. The training we received empowered us to seek answers from world experts, whether they were at Yale or in another country. That training is probably what led me to knock on Elizabeth Blackburn’s door without hesitation and start a collaboration with her. We are now in an era where team science is a celebrated model. To pursue new discoveries, we need cutting-edge methodology; we need different perspectives and disciplines working together.”