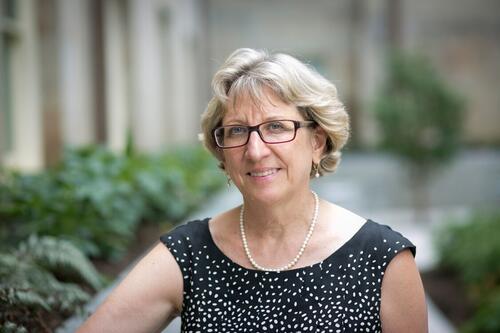 The Modern Language Association has awarded Marilyn Migiel (PhD 1981, Italian Language and Literature) the Howard R. Marraro Prize for her most recent book, The Ethical Dimension of the Decameron (University of Toronto Press, 2015). Migiel is professor of Romance Studies and senior associate dean for arts and humanities in the College of Arts and Sciences at Cornell University.

The Decameron, by Giovanni Boccaccio (1313-1375) is a collection of 100 stories that, according to the narrative frame, are told by ten young women and men while they shelter outside Florence to avoid the Black Death in 1348. In her book, Migiel focuses on the Decameron’s readers and challenges them to think about the moral judgments and assumptions they make as they read. 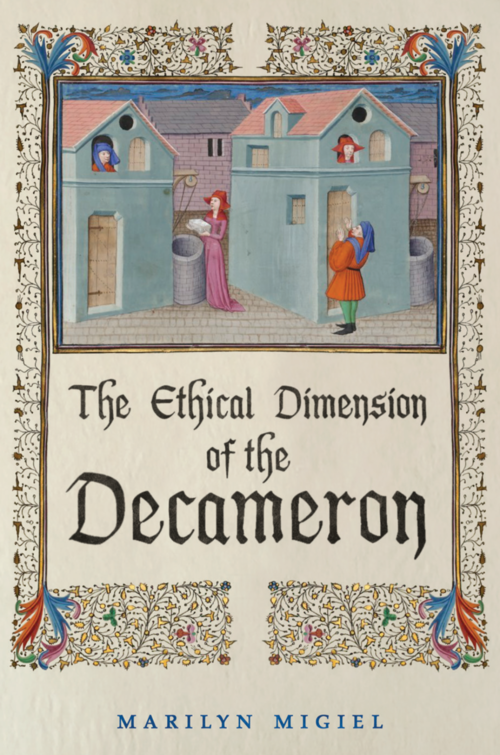 The selection committee called the book, “A brilliant new reading of Boccaccio’s Decameron” and said, “Marilyn Migiel’s volume offers fresh perspectives on authorial authenticity, multiplicity of interpretations, and readers’ reception. Thanks to a masterful analysis of the text, its classical and contemporary sources, and an extensive review of current scholarship, The Ethical Dimension of the Decameron unveils the complex dynamics structuring the moral fiber of a text widely regarded as clashing with its contemporaneous moral code. Migiel convincingly shows how the stories create a dialogue about ethical choices involving the active participation of its readers. Brilliantly written and richly annotated, this book revisits a canonical text from a new perspective and promises to revive its critical debate for new generations of scholars.”

After earning her doctorate and before joining the Cornell faculty in 1987, Migiel taught Italian language and literature at Yale. Her scholarly interests include feminist readings of medieval and Renaissance Italian literature, and she is author of A Rhetoric of the Decameron, which also won the Howard R. Marraro Prize, back in 2004. Her other publications include Gender and Genealogy in Tasso’s Gerusalemme Liberata and Refiguring Woman: Perspectives on Gender and the Italian Renaissance (edited with Juliana Schiesari). Migiel is currently working on two book projects: a study of Boccaccio’s De casibus virorum illustrium (On the Fates of Illustrious Men) and a study of gendered strategies of persuasion in Veronica Franco’s poetry.

At Yale, Migiel wrote a dissertation titled, “The Signs of Power in Dante’s Theology: Purgatorio X-XXVII.” She recalls fondly the lively intellectual exchanges and social events that the Yale Italianists organized, and the wonderful students she had an opportunity to teach while she was on the faculty at Yale.

Migiel lives in Slaterville Springs, a small town in the countryside outside Ithaca, NY. In this rural setting, she raises chickens for eggs and meat and tends a large garden with a special place for Italian heirloom vegetables. Her son, Michael Migiel-Schwartz, who graduated with high honors from Wesleyan University in 2014, lives in Brooklyn and works as a strategic research analyst for a labor union in New York City.