Alumnus to Receive National Medal of Technology and Innovation 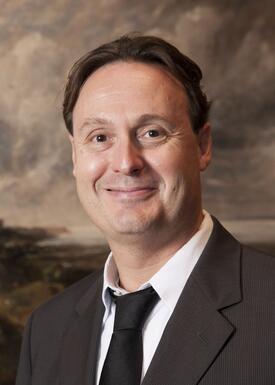 Jonathan Rothberg (PhD 1991, Biology), a pioneer in genetic sequencing technology, a serial entrepreneur, and a Wilbur Cross Medalist, will receive the National Medal of Technology and Innovation, the White House announced on December 22. The medal is awarded annually for outstanding contributions to America’s economic, environmental, and social well-being. Rothberg is one of seven winners of the medal, which will be awarded at a White House ceremony early in 2016.

Rothberg’s introduction of massively parallel DNA sequencing technology greatly increased the speed and efficiency of genomic analysis. He has led or been a major contributor to ground-breaking sequencing projects — including the first human genome, the Neanderthal genome, and the incorporation of sequencing technology onto semi-conductor chips.

Rothberg is the founder of a string of successful Connecticut companies, including 454 Life Science, CuraGen, Ion Torrent, Raindance Technologies, Hyperfine Research, Butterfly Network Inc., LAM Therapeutics, and 4Catalyzer. In addition to his commercial research ventures, he founded the Rothberg Institute for Childhood Diseases in 2001, a non-profit organization dedicated to finding a cure for Tuberous Sclerosis Complex (TSC). TSC is a genetic disorder that causes benign tumors to form in the brain, eyes, heart, kidney, skin, and lungs. The institute, which carries out research at the intersection of molecular biology, chemistry, computer science, and nanotechnology, is expected to have a direct impact on research on cancer and other disorders.

Among Rothberg’s many honors are The Wall Street Journal’s Gold Medal for Innovation and the 2010 Connecticut Medal of Technology. He was named a World Economic Technology Pioneer and is a member of the National Academy of Engineering. The Graduate School awarded him its highest honor, a Wilbur Cross Medal, in 2012.