Yale Graduate School of Arts and Sciences (GSAS) is proud to announce that six students were awarded Mellon/ACLS Dissertation Fellowships. The doctoral candidates will receive a year of funding to complete the projects that form the foundations of their scholarly careers. Representing an array of disciplines and perspectives, GSAS congratulates:

Bench Ansfield
American Studies, Born in Flames: Arson, Racial Capitalism, and the Reinsuring of the Bronx in the Late Twentieth Century

Bench Ansfield was awarded for their dissertation, “Born in Flames: Arson, Racial Capitalism, and the Reinsuring of the Bronx in the Late Twentieth Century,” which examines the wave of arson-for-profit that coursed through the Bronx and many other US cities in the 1970s.

“In these alarming and uncertain times, I am grateful that the Mellon/ACLS Fellowship will provide the stability and support to keep writing” Bench said, “I’m especially excited to be awarded this fellowship alongside another student in American Studies, Yuhe Faye Wang, whose project is also centered around urgent questions of risk and racial capitalism.”

Sarah Brother’s research examines how people who inject drugs attempt to protect themselves from overdose and infection. Her work is based on 16 months of ethnographic observation in San Francisco and interviews with 80 people who receive and/or provide injection assistance. She investigates power inequalities and the ways in which gender characteristics can play a role in the treatment of the individuals involved, contributing to literature on marginalized communities, gender, and expertise.

Hsin-Yuan Peng’s research focuses on the use of moving image technologies by Japanese meteorologists Abe Masanao, Nakaya Ukichirō, and their European colleagues. She argues that scientific visualization of weather is a complex act of construction rather than passive documentation. By analyzing meteorological filmmaking it is possible to imagine a genealogy of cinema from the perspective of weather sciences, and also to appreciate these scientists’ extraordinary sensibilities to the atmosphere at different historical moments.

Hsin-Yuan Peng said, “I feel very honored to receive this award, which has given me a sense of certainty to continue my research in spite of the chaos caused by the pandemic. It is also encouraging to know that difficult, interdisciplinary work can receive recognition.“

Tommaso Stefini
History, Justice and Commerce: Ottoman and Venetian Courts in Istanbul during the Seventeenth Century

Tommaso Stefini researches the administration of justice in regulating trade exchanges between Venetian and Ottoman merchants in Istanbul, the capital of the Ottoman Empire, in the first two decades of the seventeenth century. His work examines how Ottomans and Venetians collaborated in commercial undertakings and solved disputes despite the absence of a system of interpolity law and secular legal regimes in the pre-modern Mediterranean.

Niek Janssen’s work centers around parody, satire, humor, and invective as themes in Greek and Latin poetry and drama and as reading strategies in contemporary scholarship. He is also interested in questions of canon formation and ancient and modern conceptions of genre.

“In a time when the boundaries between reality and parody become more blurred every day, studying the complex and reciprocal dialogue between humor and social norms is more relevant than ever,” Niek said,“ The generous support from the ACLS and Mellon Foundation allows me to keep investigating these issues, and will be hugely impactful in pursuing my career goal: teaching and studying Greco-Roman antiquity, and its messy relationship to our own world, as a college professor.”

Yuhe Faye Wang’s current project focuses on racial capitalism, bureaucratic violence, and emerging infrastructures in nineteenth century California. She traces how the increasing formalization of state and corporate bureaucracies alongside transformations in technological realities changed the terms of national, racial, and intimate belonging. By focusing on two court cases, Yuhe Faye Wang shows how the law codified nineteenth-century racial thinking into the foundations and structures of the U.S. economy.

Now in its fourteenth year, the American Council of Learned Societies awards yearly fellowships to the most promising doctoral candidates in the humanities and humanistic social sciences. The program is made possible with a grant from The Andrew W. Mellon Foundation. This year, 64 graduate students will receive $43,000 for their final year of dissertation research and writing. Fellows also pariticpate in a factulty-led job market seminar to prepare them for postgraduate careers within and outside the academy.

About the American Council of Learned Societies
Formed in 1919, the American Council of Learned Societies (ACLS) is a nonprofit federation of 75 scholarly organizations. As the preeminent representative of American scholarship in the humanities and related social sciences, ACLS holds a core belief that knowledge is a public good. As such, ACLS strives to promote the circulation of humanistic knowledge throughout society. In addition to stewarding and representing its member organizations, ACLS employs its $140 million endowment and $35 million annual operating budget to support scholarship in the humanities and social sciences and to advocate for the centrality of the humanities in the modern world. 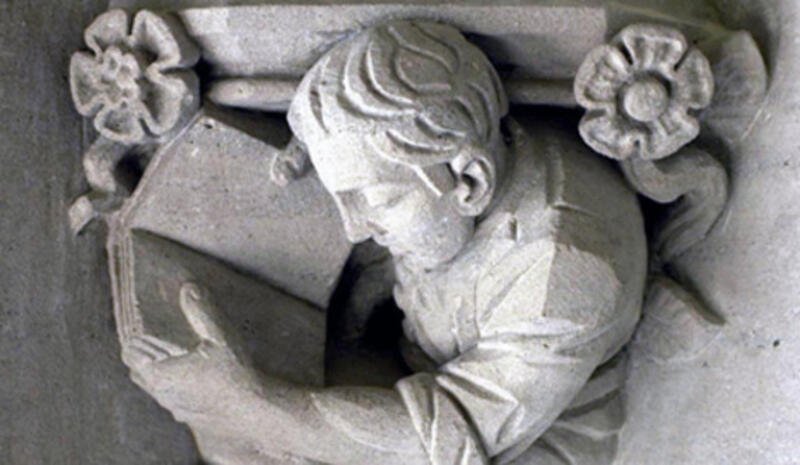