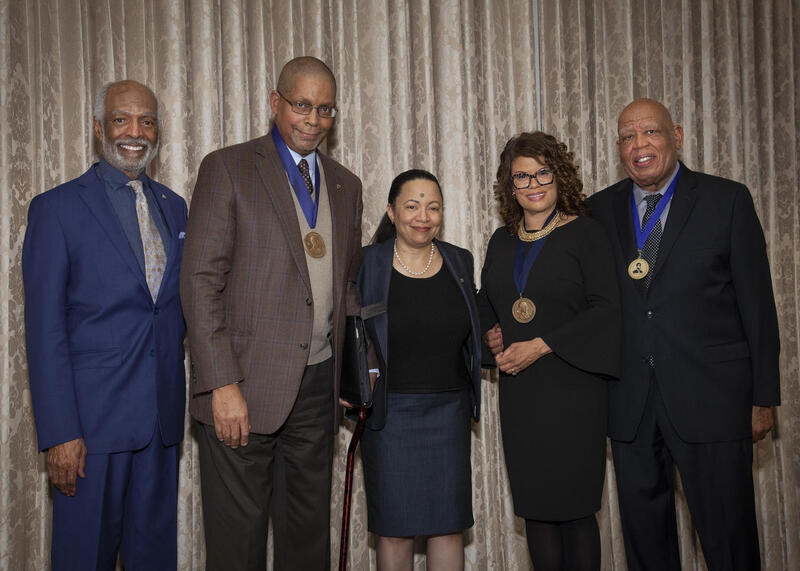 On April 5 – 6, 2019 Yale’s Graduate School of Arts and Sciences Office for Graduate Student Development and Diversity hosted the annual “Bouchet Conference on Diversity and Graduate Education.” The conference has become a dynamic and increasingly recognized academic conference, drawing New Haven community residents, scholars, administrators, and graduate and undergraduate students from across the United States. The 2019 conference theme was “Reflections on Racism and U.S. Racial Tensions in the 21st Century.” There were over two-hundred registered attendees from twenty-nine universities. 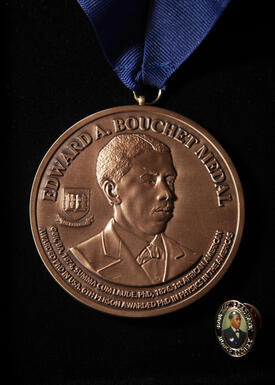 Saturday, April 6th began with the “Opening Plenary Presentation” by Pero Dagbovie, University Distinguished Professor in the Department of History at Michigan State University. His presentation, entitled,  “Representations of Racial Tensions in the 21st Century through the Lens of African American History: Thinking Historically” addressed the timely theme of this year’s conference by reflecting upon Bouchet and his times; the historical struggles of  pioneering professionally-trained black historians; the pressing issue of faculty diversity; and, most importantly, African American history (recent and more distant) because, after all, argues Dagbovie, the present is a manifestation of the past. The second part of Dagbovie's talk was devoted to an overview of the subject matter of his most recent book, Reclaiming the Black Past:  The Use and Misuse of African American History in the Twenty-First Century, a study whose subject matter also dovetails with this year’s theme.

Throughout the day on Saturday graduate and undergraduate students from across the country participated in a poster exhibit and delivered academic panels and oral research presentations covering a diverse array of topics including literature, arts, and culture; race relations and social movements; chronic diseases and health; science and technology; leadership development; and sustainability, energy and the environment. 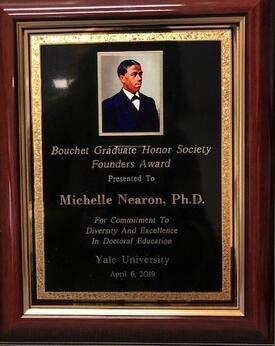 During the Saturday evening “Bouchet Leadership Award Keynote Lecture and Dinner,” several founders of the “Edward Alexander Bouchet Graduate Honor Society” announced the establishment of the Bouchet Founders Award. Dr. Michelle Nearon, Associate Dean and Director of the Office for Graduate Student Development and Diversity was named the first recipient of the Bouchet Founders Award.  The award was inaugurated at Dr. Bouchet’s alma mater (Yale) to recognize a stalwart commitment to diversity and excellence in doctoral education, advancing the esteemed legacy of Edward Bouchet.

“The Bouchet Conference is one of the highlights of my year. I’m always inspired and reinvigorated by the enthusiasm and talent of the participants, particularly the student presenters,” said Dean Nearon on the occasion of the award. When accepting the award Dean Nearon recognized the OGSDD fellows, Denzil Streete, Assistant Director of Diversity, and Nicole Wade, Senior Administrative Assistant on their contributions to making the conference a success.

“As current and future leaders, you reflect the hope and radiate the inspiration that Dr. Bouchet would be proud of. You carry on his noble work,” Dean Nearon said in her closing comments directed to the students in the audience.

The evening ended with the keynote lecture from Stephen L. Carter, the William Nelson Cromwell Professor of Law at Yale Law School, highlighting his time as a law clerk for Justice Thurgood Marshall at the United States Supreme Court. Upon the conclusion of his lecture, Professor Carter received the Bouchet Leadership Award Medal, a national award given to leaders in academia and the community who serve as inspirational role models to students of all ages.

One attendee expressed her interpretation of the value of events like the “Bouchet Conference on Diversity and Graduate Education.” “It never fully occurred to me that the vast majority of Black History in America I didn’t actually learn in school, but through other outlets here and there,” she wrote while reflecting on the event. “Events like this really offer an even deeper learning experience I’d be unlikely to have access to if it weren’t for this conference.” 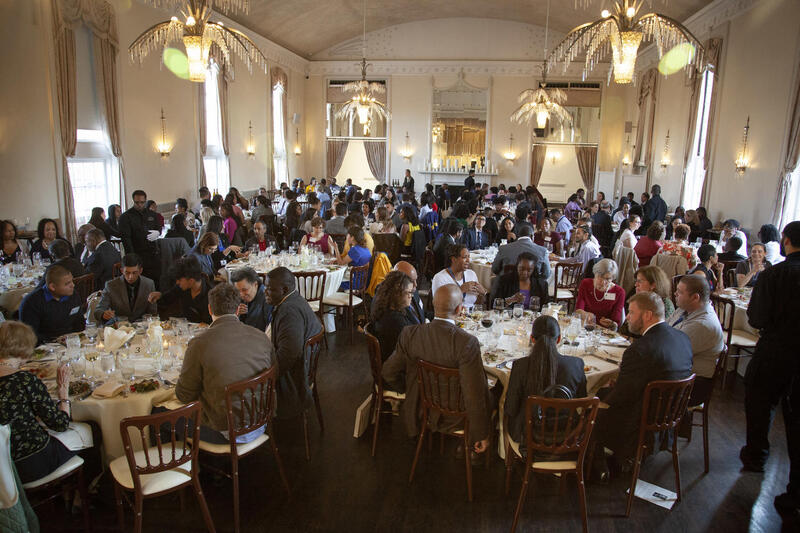