Articulate textiles speak of nation building, and the power of Togolese women 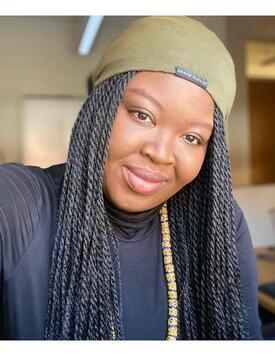 Doctoral candidate Marius Kothor studies successful women textile traders in mid-20th century Togo, who distributed Dutch wax textiles from Europe throughout West and Central Africa, using the wealth they obtained to change the political landscape. Known as “Nana Benz,” since they were among the first to import Mercedes Benz vehicles to the country, they became synonymous with power, ingenuity, and courage.

“I look at how the Nana Benz used their political and economic networks to finance Togo’s decolonization movement and the Ewe unification movement which straddled the Ghana-Togo border. This was an effort to reunite the Ewe-speaking regions of West Africa and challenge the ways that colonial governments had split the community,” says Marius. Her research also focuses on the ways that the Nana Benz became icons of Black Feminism for African American women in the 1960s. With the powerful combination of politics and style, the entrepreneurs attracted attention from American magazines like Ebony, which published features on some of the most prominent Nana Benz.

Despite their influential role in the political history of West Africa, the Nana Benz remain absent from contemporary political histories of the region. Marius considers the multiple levels of the women’s anti-colonial activism across the Ghana/Togo boundary and investigates how the Nana Benz became models of black feminist liberation in the United States.

“I think what I love the most about Marius’s work is how she makes us think about scale, which is one of the more important and frequently overlooked aspects of historical analysis. We tend to focus on economies, nations, regions; Marius inverts this, to guide our attention to named individuals, with talents, resources, and limitations, who mustered their whole selves in pursuit of personal, familial and communal progress in a context that was not of their making (to put it mildly). The story she tells in her dissertation is thus powerfully human and, I think, humane, especially now when so many people around the world are forced to find ways to survive in the absence of state and social safety nets,” said Professor Daniel Magaziner, historian of 20th century Africa at Yale.

African style wax print fabrics are gloriously-hued, with intricate geometric and organic patterns that convey a graceful sort of swagger. The patterns are made through a Dutch print technique known as wax hollandais. First, a design in liquid wax is printed on cotton. A base dye such as indigo soaks into the cloth around the wax, leaving behind a deep, intense color. A single piece of fabric goes through an average of 25 steps before completion, and part of the magic of wax printing can cause a pattern of small, irregular bubbles and crackling to emerge throughout the design (VLISCO, 2021) Bolts of the fabric can consequently be pricey, and very much worth it. A trained eye like Marius’s can read history in the patterns.

“The Nana Benz worked closely with European firms to design these textiles and one of the most important textiles the women produced after Togo gained independence shows us how they used cloth as a medium to articulate their political ideas. When you look at it, you can see how the Nana Benz placed Togo’s first President Sylvanus Olympio at the center of conversations about resource nationalism. Olympio’s portrait is flanked by Togo’s primary export crops such as cocoa, shea and cotton. The expression Ablode Blibo means ‘complete independence’ in Ewe, and appears on top of Olympio’s picture. This print tells us that the women had a theory of decolonization which proposed that resource nationalism was essential for the new nation’s sovereignty,” Marius Explains. 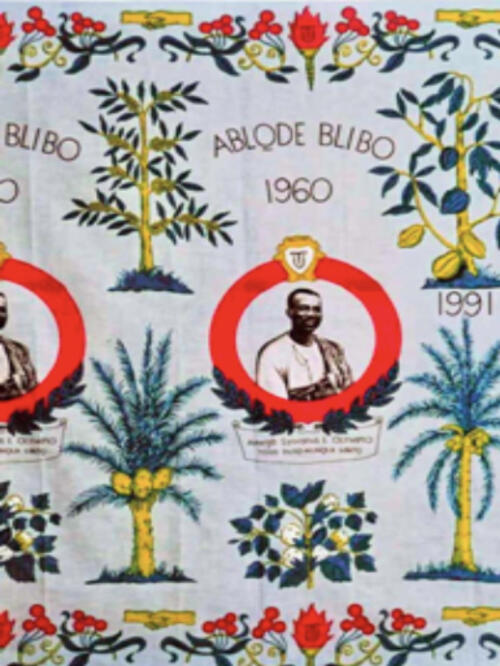 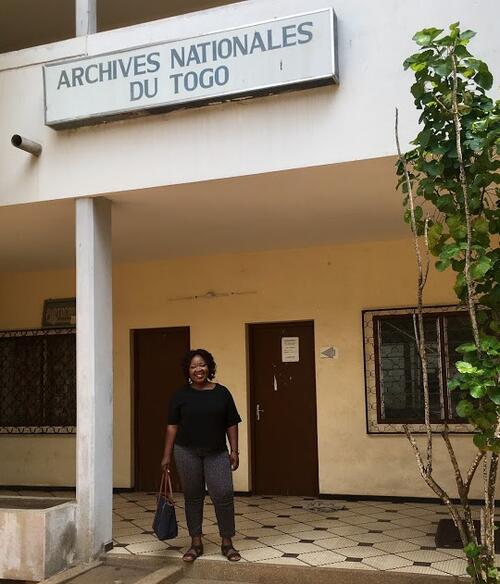 Like many graduate students trying to conduct field work in a pandemic, Marius has had to adapt to travel and other restrictions putting her Fulbright and Social Science Research Council Fellowships on hold until COVID-19 recedes. “My fellowships were supposed to take me to Ghana and Togo where I would conduct archival research in national and regional archives across both countries and record oral history interviews with the relatives and close acquaintances of the Nana Benz. Since most of the women have passed away, I rely on information from their families and friends to help me understand important details about their lived experiences,” said Marius.

In addition to her research, Marius will also work to promote academic and cultural exchange between herself and various communities in Ghana. Based on a model she developed leading the African Studies Working Group at Yale, she will collaborate with graduate students at the University of Ghana to organize workshops on conducting oral histories and archival research. By accompanying her interview subjects to the markets where they trade, she will also immerse herself in Ghanaian society: “Spending time in this setting will allow us to have deeper conversations about the work the women do and will give me more time share information about my doctoral research.” 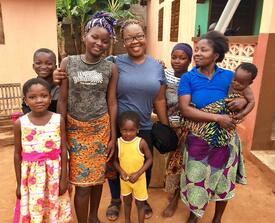 Marius herself fled Togo with her family at the age of nine. This experience informs both her academic work and her life off campus. She is passionate about working with Integrated Refugee and Immigrant Services (IRIS) in New Haven: “I came to the U.S. as a refugee, so for me working with refugee communities was one of the factors for me to come to Yale.” As a student and teacher of history examining the causes of political instability, she has a lot to offer in the classroom and the refugees who have made New Haven home after their own traumatic experiences. You can read more about Marius and her family’s journey in her own words, in a piece published in the New York Times on October 2, 2019 when the U.S. refugee program was undergoing drastic reductions under the previous administration.

“It was disorienting to plan such an important research year and then have the pandemic hit. Thankfully, I have received some funding to do archival research remotely, so this has kept me busy. I just sent my first dissertation chapter to my committee based mostly on the research I have done through archives that were made available for the first time online, so I’ve been able to really push myself to think creatively in this new reality. Now my aim is to leave for Togo and Ghana in the summer.”