‘Be the change’: Achieving inclusive excellence in higher education 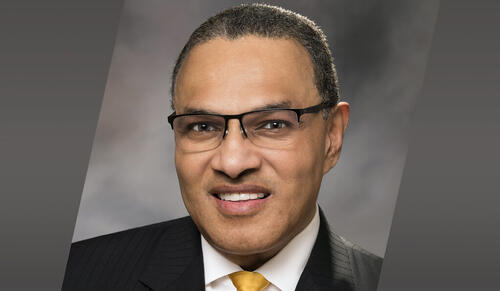 Even as a young person growing up in Birmingham, Alabama at the height of the civil rights era, Freeman Hrabowski III understood the importance of education in creating a more equitable society.

Inspired by Dr. Martin Luther King Jr. and other civil rights leaders, he made education a priority in his own life, and then dedicated himself to helping students, particularly those in underrepresented communities, find the joy of pursuing and excelling in STEM learning. Since 1992 he has been president of the University of Maryland-Baltimore County (UMBC), where he has long been recognized as a champion for “inclusive excellence.” His university has become the nation’s top producer of Black bachelor’s degree recipients who go on to complete Ph.D.s in the natural sciences and engineering.

On April 8, Hrabowski will be the keynote speaker for the Annual Yale Bouchet Conference on Diversity and Graduate Education, a virtual event hosted by the Yale Graduate School of Arts and Sciences. The theme of this year’s conference is “The Future of the Academy in the Midst of Uncertainty.” Also speaking during the two-day event will be Eddie S. Glaude Jr., the James S. McDonnell Distinguished University Professor of African American Studies at Princeton University.

In an interview, Hrabowski discussed ways to inspire young people to learn, how institutions of higher education can achieve inclusive excellence, and how we can all be part of creating a better society — even in uncertain times. The interview has been edited for length.

From a young age you had a profound desire to get an excellent education. How can we help children and young people to really love to learn — and how do you inspire students who may not feel so engaged?

Freeman Hrabowski III: I was fortunate to have parents who were teachers, and we were always talking about ideas and reading together. As a young child, I was not always as disciplined in the classroom as I should have been, and my mother suggested to the teachers that they give me extra work to do, including tutoring other children. So it became a practice, even in kindergarten, for the teacher to identify one or two children who were having problems and ask me to tutor. Because I went to kindergarten when I was three, four, and five, by the time I was five I was a more experienced student, so I would hold up the flashcards and help them sound out the words.

That experience allowed me to see the joy in a child’s face when he or she grasped a new concept or a new word. I also learned that children learn in different ways and at different rates. What I found most instructive in those early years, through elementary and high school, was that everyone wants to learn, and everyone wants to succeed, and success can breed success. If you can help a child to have some success, that child can be inspired to want to do more.

As a young person you were inspired by Dr. Martin Luther King Jr. to participate in the Children’s Crusade of 1963 — during which you were among 2,000 children arrested despite it being a peaceful demonstration. How did being jailed as a child affect you, and how has your experience then set you on your life’s path?

Hrabowski: I came to know what Maya Angelou said in her book, “I Know Why the Caged Bird Sings.” Being imprisoned is a horrific experience for anyone, and especially for children. We were depressed, not only while there, but for some time after that. And we all dreamed about the horrible experience of the overcrowding and the poor treatment we received. Dr. King said what our parents said: that we should not allow anyone to define who we were. We were not prisoners. Our cause was just, and we were helping to shape our own future. That notion is empowering to me, even to this day.

You’ve devoted your career to education and teaching. How can young people become effective catalysts for social change?

Hrabowski: Young people can become effective catalysts for social change by getting involved. When students ask me if they need to go to jail to be true activists, I respond, “Absolutely not.” The important thing is that they recognize the importance of working on problems facing other people. I am always encouraged when students want to help poor children or older citizens. There’s something about getting beyond one’s own needs and understanding the challenges that others face that can inspire young people to want to bring about change. As someone said, and as I am often quoting, “Be the change.” I think that's a great quote for people. It’s up to us to make the difference.

What is the role of struggle in fostering excellence, for individuals and institutions?

Hrabowski: One of my messages to students is that we never stop learning. When I told students that I would start studying French several years ago, they would suggest that I was too old. That inspired me even more. The French poet Apollinaire wrote, “La joie venait toujours après la peine,” or “Joy comes after the struggle.” My students often laugh at me and say that simply means, “No pain, no gain.” The point is that anything worth having requires effort. It’s the only way it has real meaning. We have to be prepared to sacrifice and struggle to reach the next goal.

You’ve noted that undergraduate and graduate students often have difficulty sustaining their studies in math and science-oriented fields. What needs to change in higher education to help students stay with it and succeed in STEM?

Hrabowski: We do want students to understand the important role they must play in preparing, in studying, in working with other people, in asking good questions, and in never, never, never giving up. However, we also have to do what I suggested in my Ted Talk, “Four Pillars of College Success in Science.” That is, we must look in the mirror, as universities, to understand the significance of culture and strive to move beyond the “weed-out” mindset — that is, the idea that it’s okay if many students don't succeed — that is still common in many STEM disciplines.

Your university is recognized as a leader in inclusive excellence. How did you know when you achieved this, and how might others emulate your approach?

Hrabowski: We knew we were on to something when, in the summer of 2002, the American Society for Biochemistry and Molecular Biology (ASBMB) reported that in a study of 1998/1999 data, UMBC was among the leading producers of chemistry and biochemistry bachelor’s degrees — we had produced a third of the 67 bachelor’s degrees in chemistry and biochemistry awarded to African American students nationwide during that year. The key had been the Meyerhoff Program, a nomination-based initiative recognized by the National Science Foundation and The New York Times as a national model for advancing underrepresented students in engineering fields. The program works on the premise that assembling high-achieving students in a close-knit community causes students to inspire each other to success.

What we learned from the Meyerhoff Program is now being successfully replicated through Howard Hughes Medical Institute-funded initiatives at Penn State and the University of North Carolina-Chapel Hill and most recently with the Chan Zuckerburg Initiative at UC-Berkeley and UC-San Diego. That program focuses on priorities I’ve identified before: the importance of setting high expectations, building community, involving scientists in producing scientists, and employing rigorous evaluation to understand what is working and when changes are needed.

Society is obviously confronting several challenges. How can we utilize uncertainty to create better institutions, a better society?

Hrabowski: One thing COVID-19 has taught us is that we don’t know what tomorrow will bring. We don’t know what the next public health crisis, or environmental challenge, or social justice issue will be, or what it will mean for us. What we do know is that we prepare best by thinking critically and having honest conversations about our strengths and challenges. We are much stronger when we learn from our failures.

View the full schedule of the virtual Annuel Bouchet conference. Registration is required but free to all Yale affiliates.