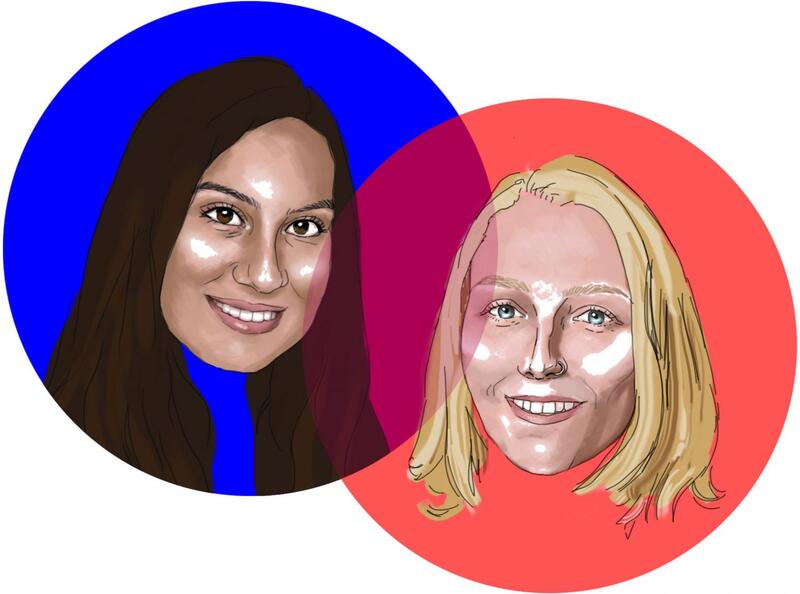 When Helen Beilinson GRD ’20 was five years old and her mother asked what she wanted to be when she grew up, the young girl responded, “a grad student.” Today, Beilinson is not only a fourth-year graduate student in immunology at Yale, but one of the two editors in chief of the Yale Journal of Biology and Medicine, or YJBM, the only student-run scientific journal in the world.

Beilinson had been interested in science communication from a young age — growing up, her mother was a biologist, her father was a mathematician and her older sister conducted scientific research. In high school, Beilinson started cell biology research because she wanted to study viruses and virology, explaining, “I’m interested in how a ball of protein with nucleic acid in it can cause as much damage as it does.” During her undergraduate education at the University of Chicago, Beilinson joined a virology and immunology lab, and at Yale she continues to study immunology. She said she is interested in how her research connects to other biomedical fields.

In 2015, Beilinson joined the YJBM to further pursue her interest in interdisciplinary science research. Her current co-editor, Yasmin Zakiniaeiz GRD ’18, began contributing to the Journal in 2013 and served as project editor, manuscript editor and deputy editor before serving as editor last year as well.

The YJBM has been publishing quarterly since 1928, soliciting work from authors around the world, including original contributions, case studies, reviews, perspectives and interviews. The journal is an open-access publication, producing eight podcasts and four colloquia annually, as well. As editors, Beilinson and Zakiniaeiz are currently working to expand alumni outreach.

“They are both committing major efforts to the YJBM gaining higher visibility, both at home and afar. They are both strong leaders and have the respect of the rest of the student editorial board,” said Jeffrey Bender, a YJBM faculty adviser who has been working with the Journal for more than a decade. “They also have my respect.”

Since June 2015, the YJBM has focused each of their issues — published in March, June, September and December — on specific topics. The June 2016 issue in which Zakiniaeiz’s paper was published focused on sex and gender health; the September 2017 issue highlighted comparative medicine and the upcoming December issue will concentrate on gene editing. Even during her interview with the News, Beilinson came up with fresh ideas for the Journal and took out her phone to note potential focus topics or specific papers.

The YJBM is a unique opportunity for graduate and medical students to become involved in a peer-review publishing process, Beilinson and Zakiniaeiz said. Along with their board of 30 deputy and manuscript editors, the pair reviews authors’ rough drafts to help researchers convey their story in a way that, as Beilinson said, “isn’t being conveyed just factually but also in exciting way.”

“Science is about crafting a story,” Beilinson continued. “That’s the excitement of research papers, that you’re taking those papers and putting them in the context of a larger lens and field to understand them.”

The podcast series launched last year serves a similar goal of improving scientific literacy and interdisciplinary understanding, Beilinson said. Following each YJBM issue, two podcasts related to the chosen focus topic are published: The first episode functions as a broad introduction to the scientific field in question, and the second episode showcases specific research. This format helps the series to be a “really good outlet” for discussion with the public, Zakiniaeiz said.

In order to increase science literacy, the YJBM also sponsors an annual, four-part lecture series that invites scientists and the public to attend lectures by Yale faculty commenting on the topics presented in the quarterly journal.

As an open-access journal, the YJBM allows anyone, regardless of their affiliation with Yale, to read its publications. Managing Editor Fatima Mirza MED ’20 noted that this open-access resource is critical to the Journal’s mission of improving public scientific literacy. Mirza, a student in the School of Medicine, also added that she supports open access from a medical perspective, as it allows patients to read about studies related to their conditions.

Under Beilinson and Zakiniaeiz’s leadership, the Journal is also looking to increase its outreach to women and minorities interested in scientific fields of study. Zakiniaeiz noted that the Journal and the labs in which she works have similar numbers of women and men. She is also a part of the Women in Science at Yale network, as well as a fellow of the Office of Graduate Student Development & Diversity, which encourages inclusivity through mentoring and community building.

While previous editors have focused on software updates and reorganization within the Journal, Beilinson and Zakiniaeiz are focused on alumni outreach.

“We want to showcase what Yale has allowed YJBM to do and what we have done,” Beilinson said. Zakiniaeiz nodded and added, “We’re very proud — our goal is to professionalize the YJBM to other journals and help the Journal grow.”

The December 2017 issue will focus on gene-editing, and the associated colloquium event will take place on Jan. 24.

Clarification, Nov. 2: This story has been updated to include the previous roles held by Zakiniaeiz, the structure of the Journal’s board and the inclusion of medical students on the board.