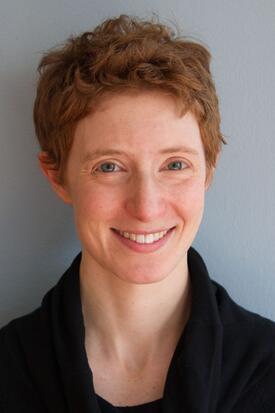 History of Art students Meredith Gamer and Esther Chadwick (with Cyra Levenson, associate curator of education at the Yale Center for British Art) co-curated “Figures of Empire: Slavery and Portraiture in Eighteenth-Century Atlantic Britain,” a major exhibition that was on view last semester at YCBA. In the process, which took about five years from start to finish, they learned a lot — not only about the paintings, prints, and sculptures — but also about what goes into creating a museum show.

“Our original objective was to look at how slavery and its history were represented in the collections of the Center,” Meredith says. “We decided to examine this theme through the specific lens of portraiture.”

The rise of the British Empire during the 18th century, fueled by slave labor on plantations in the North Atlantic world, brought unprecedented numbers of Africans and people of African and African-Caribbean descent, both enslaved and free, to England. During this period, portraits conveyed information about their subjects’ position in society in a variety of ways — through clothing, setting, furniture, and the presence of servants or slaves. The images of these subordinate figures were often based on live models, but they were rarely considered to be subjects in their own right. The portraits weren’t about them: the servants and slaves were treated as objects in the background that helped illustrate the wealth and power of the painting’s main figure. 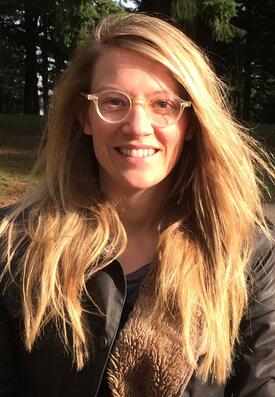 In setting up the exhibition, the curators asked viewers “to consider all of the figures depicted within a given portrait as individuals with histories and as ‘figures of empire’ — as people whose lives were shaped by British imperialism and the institution of transatlantic slavery,” the curators wrote in the exhibition brochure. The artworks were assigned new names to reflect the presence of all the figures pictured, not just the primary subjects.

Meredith and Esther were involved at every step along the way. Both said that the most challenging aspect of the exhibition was inherent in the topic itself.

“Slavery is not a neatly tied-up relic of history,” Esther says. She and her co-curators wanted to present the “historical story of British involvement in transatlantic slavery to a contemporary American audience. We wanted to situate these works of art in their proper historical context, while retaining the sense that we’re still very much connected to the moment in which they were produced.”

“The transatlantic slave trade and slavery, both in Britain and its former colonies and here in America, were historical events of such enormity, and their legacies are still with us today,” says Meredith. “Our hope was to shed new light on the specific historical materials we were exhibiting, and at the same time to make them accessible, compelling, and relevant to contemporary visitors.”

Creating the show from start to finish was daunting, but also very satisfying. “I have been visiting museums for a long time, but I really had no idea what goes into curating an exhibition until I began working on this project,” Meredith admits. “There are many steps: creating a checklist of works to be exhibited; conducting research on individual objects; making loan requests to outside institutions (for us, that was mostly other Yale collections, like the Beinecke library, Yale University Art Gallery, and Lewis Walpole Library); writing wall text and object labels; and then laying out and actually installing the exhibition. Much of that work is collaborative. One of the great pleasures of the project was having the chance to work so closely with Cyra and Esther, and with so many wonderful people at the YCBA.” 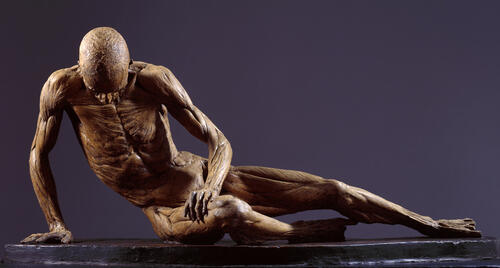 “I learned a lot about the process of working collaboratively and about how a museum like the YCBA functions, how you put together an exhibition, what goes into planning, how far in advance things are thought out, and so on,” Esther says.

“It is quite unusual to have the chance to work so closely with a fellow student while you’re still in graduate school, and it was very exciting to see ideas unfold and to feel that discussion among the three of us would result in new angles; we would each push the other to see something from a slightly different point of view.”

Producing wall text for the show took discipline and restraint, Meredith recalls. “In certain kinds of art history writing — a dissertation, for example — there is little or no limit on how much text you can use to describe or analyze a given artwork or set of ideas…. With an exhibition, you have very little ink to work with — a couple hundred words per object, at most. The goal is really to let the artworks do the talking. Above all, what you want is for visitors to look at the works on display carefully and in fresh ways. The curatorial text is there to guide that looking, to provide a context for it.” 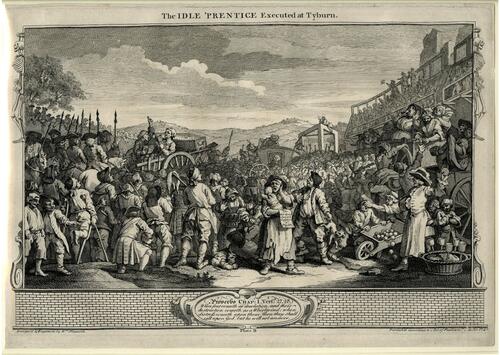 When the labels and wall texts succeeded, “One of the satisfactions was seeing people in the exhibition space really taking time to read our text and to look closely at the works on display,” Esther says.

Because she is based in Europe, Esther was able to access archives in the UK, “looking mainly for information about the people of African birth or descent pictured with the families in the exhibited paintings. An important methodological principle that we followed in preparation for the exhibition was that where the name of the principal sitter in a portrait was known, or thought to be known, we would undertake research in the relevant family and estate papers to ascertain whether further information could be found about the identities of the servants or slaves depicted with them,” she says.

“I learned an enormous amount about the topic and about the individual works we researched. Something that struck me forcefully was the interconnectedness of the works on display and of the people depicted in those works.”

The exhibition Esther and Meredith curated is tangential to their dissertation research on British art and history in the 18th century.

Meredith’s dissertation, “‘The Sheriff’s Picture Frame:’ Art and Execution in Eighteenth-Century Britain,” examines the relationship between capital punishment and art. Her adviser is Tim Barringer, the Paul Mellon Professor of the History of Art.

Prior to coming to Yale, Meredith earned a master’s degree from the Courtauld Institute of Art in London and was a Kress Curatorial Fellow at the Tate Britain Gallery. From 2010-13, she was a pre-doctoral fellow at the Center for Advanced Studies in the Visual Arts (CASVA) at the National Gallery of Art in Washington, DC. Meredith won a 2013 Charlotte W. Newcombe Doctoral Dissertation Fellowship from the Woodrow Wilson Foundation.

Esther’s doctoral dissertation, “The Radical Print,” also advised by Barringer, looks at connections between British printmaking and political radicalism during the Age of Revolutions, ca. 1775-1848, when political upheavals in the Americas and Europe inspired rethinking of existing social orders and new understandings of historical time.

Esther studied art history at the University of Cambridge and won a Clare Mellon Fellowship in 2007, which brought her to Yale for graduate studies. She is currently a Paul Mellon Fellow at CASVA in Washington, DC.

6) James Barry, The Phoenix or the Resurrection of Freedom, 1776, YCBA