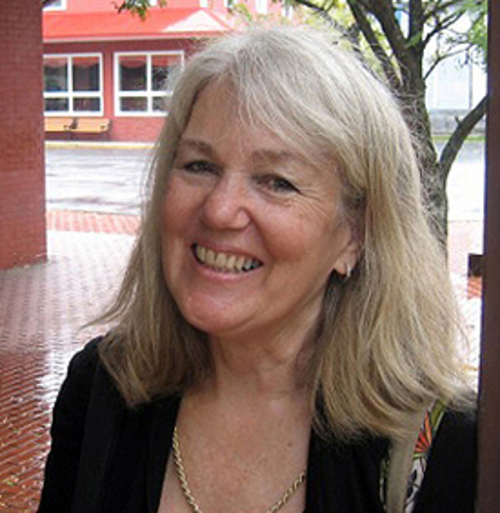 Susan Ball (PhD 1978, History of Art) recently became deputy director of the Bruce Museum in Greenwich, Connecticut. The museum is a regionally based, world-class institution highlighting art, science, and natural history, with more than a dozen changing exhibitions annually. The permanent galleries feature the natural sciences from both regional and global perspectives.

Ball was a professor of Art History at the University of Delaware and director of Government and Foundation Affairs at the Art Institute of Chicago. She served as executive director of the College Art Association for twenty years, from 1986-2006, and continued with the CAA as director of the Centennial Book Project for an additional four years. For the next three years, she served as Interim Director of Programs at the New York Foundation for the Arts (NYFA), the largest service organization in the United States devoted to supporting individual artists.

As an author and editor, she has contributed significant works of scholarship in her field, including Ozenfant and Purism: The Evolution of a Style (1981), The Eye, the Hand, the Mind: 100 Years of the College Art Association (Rutgers University Press, 2010), The Profitable Artist: A Handbook for All Artists in the Literary, Media, Performing, and Visual Arts (with Peter Cobb and Felicity Hogan, Allworth Press, 2011), and several articles in scholarly journals and exhibition catalogues. During the course of her career, Ball has also served on numerous organizational boards, including thirteen years on the NYFA board of directors; on national advisory committees on the arts, culture, education, and technology; and on juries convened by public and private agencies that make prestigious national awards.

Ball joined Yale’s Graduate School Alumni Association in 2012 and will serve a three-year term on its board. “My years at Yale set very high expectations for intellectual stimulation and engagement that I have subsequently sought to sustain,” she says. “It is always a delight to return to Yale, and I am thrilled to serve on the GSAA executive committee.”