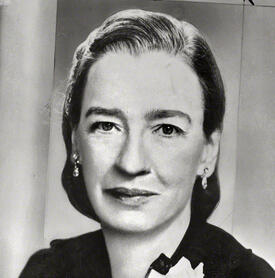 Hopper was one of the very few women to earn a PhD in Mathematics in the 1930s. She taught at Vassar, then joined the Navy in WWII, eventually rising to the rank of Rear Admiral. A computer pioneer, she worked on the first computers including UNiVAC, invented the first computer language compiler, and built COBOL, one of the most widely-used computer languages. She continued working and teaching into her 80's, earning the nickname “Amazing Grace.

“Humans are allergic to change. They love to say, 'We've always done it this way.' I try to fight that. That's why I have a clock on my wall that runs counter-clockwise,” Hopper said.

A brilliant mathematician and path-breaking computer scientist, Hopper also had a distinctive way with words, as shown above. She also was a true public intellectual who enjoyed explaining science and technology to popular audiences, and who was a great mentor to students. 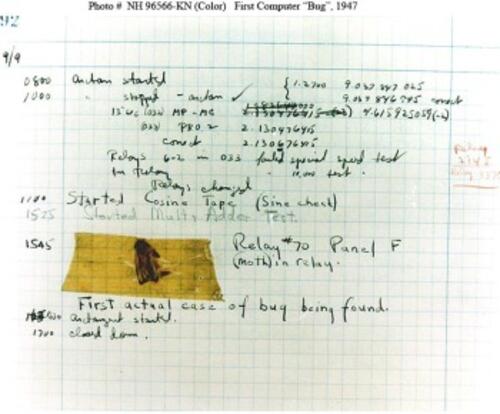 “If it’s a good idea, go ahead and do it. It’s much easier to apologize than it is to get permission.”

“Grace Hopper was way ahead of her time,” said historian Regina Akers, Ph.D., with the Naval History and Heritage Command at the Washington Navy Yard. “She excelled in a male-dominated profession and literally helped develop the Navy’s first computer at a time when women weren’t getting advanced degrees. She did these things during a critical time for the country and the Navy.” A naval history article calls her “Navy to the core, a Pirate at heart,” noting her rebellious, pathbreaking nature.

“Our young people are the future. We must provide for them. We must give them the positive leadership they’re looking for…You manage things; you lead people.”​

Yale is honoring an existing undergraduate residential college with her name so that her exemplary life can inspire us daily. Other honors for Grace Murray Hopper:

Hopper explains the length of a Nanosecond