Combating Terrorism at the Pentagon and West Point

Two Jackson Institute students, Ellen Chapin (Global Affairs) and Will Wright (Global Affairs), are spending the summer making America safer. Both won Harold W. Rosenthal Fellowships in International Relations — a highly competitive award given to only 30 students nationwide, based on their dedication to public service, excellence in the field of international relations, and commitment to the values and professional standards set by Harold Rosenthal and past recipients of the fellowship. Rosenthal was a Senate staff member when he was killed in a terrorist attack in 1976 at the age of 29. 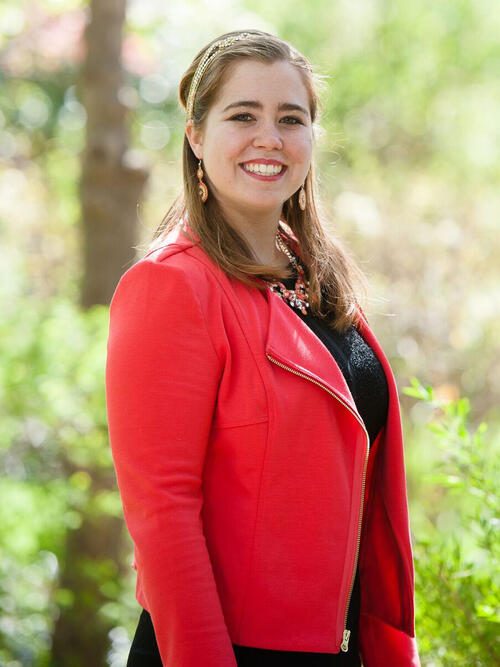 Chapin is working on counterterrorism at the U.S. Military Academy at West Point. Wright, a Major in the U.S. Army, is working on special operations and counterterrorism in the Pentagon. Both of them will be teaching fellows in the fall for a course taught by Retired Army General Stan McChrystal and Christopher Fussell, former Navy SEAL.

Chapin began her fellowship at the Combating Terrorism Center at West Point in May with a focus on terrorism in Africa.

“I am learning a tremendous amount about applying an academic eye to policy, and how terrorism in Africa has an incredible number of layers: post-colonialism, poverty and Internet access, ethnic tension, to name a few,” she says. “Each day, I work with military leaders and civilian professionals on trends in violence in various regions; currently, some of my writings focus on Boko Haram suicide bombers, the relationship between al-Shabaab and the Islamic State in Somalia, and how climate change impacts terrorist organizations.

“Having grown up in D.C. and worked for the Department of Justice after college, it’s fascinating to spend time in a place where the policy recommendations we make tangibly affect the future of the student cadets, many of whom will deploy following their graduation,” she says.

Chapin was born in Washington, D.C. “Growing up so close to the government made me recognize how messy politics can be — so naturally, I wanted to get involved!” she says. “While most people hope to move away from where they were raised, I've always known that my career will take me back to D.C., and honestly, I can't wait.”

What initially sparked her interest in global affairs was reading Strategies of Containment by John Lewis Gaddis, the Robert A. Lovett Professor of History, for a high school history class. “The concept of international security and strategy fascinated me,” she recalls. As a Jefferson Scholar at the University of Virginia, she double-majored in foreign affairs and political philosophy, policy, and law, and spent time abroad in Tanzania and Morocco. “I started to realize that while the public was focused on terrorism in the Middle East, it was most important to be analyzing the next potential threat — wherever that may be — since American foreign policy impacts all global policy.”

Looking ahead, Chapin hopes to work for the federal government on counterterrorism, specifically in Africa. “Whether in the intelligence community, State Department, or elsewhere, I hope my career takes me somewhere I can continue to bridge the gap between policy and research, and provide analysis that informs America's national security status,” she says. “Working for the federal government, especially in policy analysis, will be the perfect opportunity to merge my quantitative skills with my interest in detecting violent extremism,” she says.

When not immersed in her studies, Chapin sings with the Citations. In addition to making music, she enjoys mixing with people from other departments. “After talking about terrorism all day, it's a nice break to hear what a chemistry PhD is handling in her lab, or what a law student is learning about the appellate system.” She also serves as executive of the Yale Journal of International Affairs and is a member of the Jackson Women group. 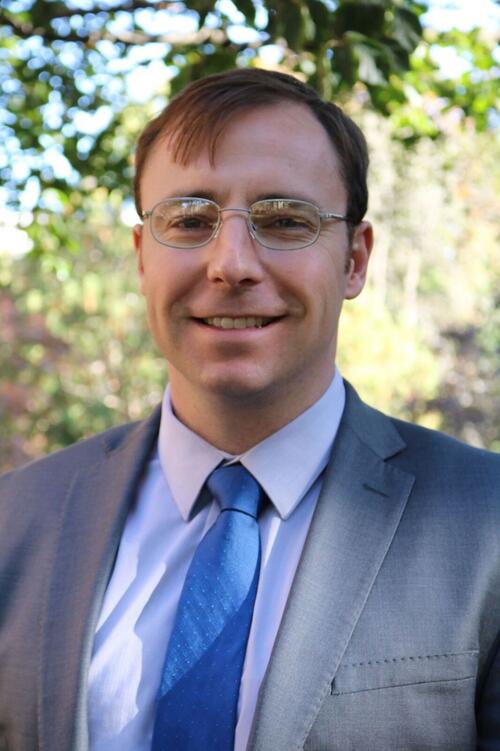 Wright is spending the summer in a directorate at the Pentagon that provides advice on special operations and counterterrorism to the Chairman of the Joint Chiefs of Staff.

“I've never worked in D.C. before, and this is giving me remarkable insight into the interagency and policymaking processes,” he says.

Wright will return to the U.S. Army after he completes his master’s degree and hopes this fellowship will “broaden his understanding of how the government develops national security and foreign relations policy.”

Born in Germany to American parents, one from Georgia, the other from Illinois, Wright calls himself an “Army brat. I bounced around a fair bit growing up, but my most formative years were in Cambridge, England, and Charlottesville, Virginia,” he says. He majored in English at Duke University where he also studied Arabic. “I loved going to school, but my grades reflect that my real focus was on karaoke, dance parties, and goofing off with my friends.” After college, he was based out of Fort Bragg, North Carolina, for the next ten years, deploying to Afghanistan, Iraq, and elsewhere in the Middle East.

Wright’s interest in global affairs initially arose from living abroad and having many family members in the military — his father and brother, both grandfathers, and two uncles. That combination of circumstances “inculcated an interest in foreign policy and an appreciation of foreign cultures,” he says.

Wright hopes to have a career “that pays forward the enormous gratitude I have to the Jackson Institute and the Downing Scholarship,” which is funding his Yale studies. The General Wayne A. Downing Scholarship is run by the Combating Terrorism Center at West Point and funded by Vinnie and Teresa Viola. Only a handful of Army officers are selected for this scholarship each year.

He adds, “Like anybody, my primary goal is to make my friends, family, and my mentors proud. Yale students are living proof that there are innumerable ways to serve the community, country, and globe. I aspire to stay in public service for the rest of my life, hopefully in a leadership capacity.”

Wright and his wife, Dickie, have a baby son, Flynn, born in March. When not tending to family and academic obligations, Wright tutors at New Haven Reads and during the school year helps teach a weekly civics class to aspiring US citizens at the Integrated Refugee and Immigrant Services (IRIS) in New Haven. He founded the Yale Special Operations/Interagency Symposium and is an Associate Greenberg World Fellow. Wright is also working to establish a mentorship program for children of incarcerated parents, with assistance from the Jackson Institute, Governor's Prevention Partnership, and Children's Community Programs of Connecticut. He urges interested volunteers to contact him at William.r.wright@yale.edu.