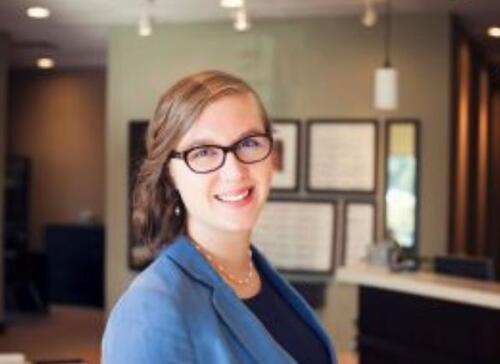 Lucy Armentano is graduating with a PhD in psychology and is a GSAS 2021 class marshal. While at Yale, Armentano held many leadership and advocacy roles within the broader university community. She served as Chair of the Graduate School Assembly, was a graduate fellow for Jonathan Edwards College, and was a recipient of the 2020 Jane Olejarczyk award for significantly contributing to the quality of graduate student life in the department of psychology. As an advocate of fellow graduate students, a researcher of relationship dynamics between committed couples, and a mother to two children, Armentano’s life in graduate school was full of unforgettable experiences. “Doing a PhD was such a unique time and doing it at Yale is so meaningful to me because the community is just so incredible,” she said.

Read on to get to know Lucy Armentano better.

On Getting to and Being at Yale:

Coming to Yale was not something Lucy Armentano anticipated doing years ago. “I didn’t ever want to go to graduate school. I was one of those people in undergrad who said “I am not going to grad school. It is absolutely not for me,’” recounts Armentano. Roughly a decade later she is graduating from the Yale Graduate School of Arts and Sciences with a PhD in psychology. Despite Armentano’s confidence years ago that graduate school was not on her horizon, her undergraduate experience at the University of Madison was nevertheless marked by a fascination with and a commitment to research. While pursuing a degree in social psychology, Armentano worked as a research assistant. Her thoughts then were, “I find this stuff really compelling and intriguing and I want to participate in it, but I don’t want to do it as a career.” Rather, a young Armentano was set on being a wedding planner. Yet, while pursuing a career in the wedding industry Armentano began to miss the intellectual environment of an academic community and decided that graduate school might be the right place for her after all.

As Armentano began to contemplate graduate school, she interrogated her love of weddings, asking herself what it was that drew her to want to be a part of someone’s most special and romantic day. “I love celebrating relationships,” she shared. Her research in Social and Personality Psychology at Yale is predicated on questions about what makes relationships function well, what brings people to the point of happiness and finally, to the point of commitment of a long-term partnership like marriage.

While researching and working as a graduate student with Professor Margaret Clark, Armentano’s work has focused on the roles verbal and nonverbal emotional expressions play in building and sustaining healthy close relationships. Over the course of two years, Armentano interviewed and collected information from over eighty-five romantic couples, resulting in her dissertation, entitled, When Do Words and Body Language Diverge?: Perceptions, Antecedents, and Consequences of Verbal and Nonverbal Expressions in Close Relationships.”

Armentano’s dissertation defense this spring occurred weeks before the birth of her second child. As a graduate school parent who gave birth to both of her children while at Yale, Armentano has been able to share her experiences in graduate school with her children. “What I’ve accomplished has been in large part due to them because it’s really been motivating for me that I’ve been able to have this experience of doing a PhD and being a part of these communities with them,” Armentano explains, noting that her eldest daughter sometimes accompanied her to her lab or to talks. “I have a lot of memories that I get to share with them of their first academic experiences.” For example, Armentano kept a list of all the famous psychologists who held or played with her daughter.

On becoming a parent as a graduate student, Armentano shares that her daughters offer her a different kind of motivation. “I’m more motivated to do something with my time that’s really productive and really tangible that I feel I could tell them about in a way that I am really proud of.” Of the many things Armentano has done while at Yale, one of the ways she has created impact has been through her work on the Graduate Student Assembly, where she was initially a representative for the psychology department and later became the Chair. “GSA was really formative as my identity as a graduate student. I never really thought of myself as an advocate or a leader until GSA, and then being GSA chair was the most incredible thing I’ve done professionally. That was the pinnacle.”  Serving as the GSA Chair also brought Armentano closer to what she loved best about pursuing a PhD at Yale. “You meet people from all over the world doing all of these amazing research projects and getting exposure to that was so interesting. They were traveling the world to do case studies and doing all of these incredible things in the lab. Being able to be in that kind of world class research environment is really cool.” As the GSA Chair, Armentano also found fulfillment in working with the administration to address graduate student needs, and to support and uplift graduate student research. While working in this role Armentano realized that she wants to pursue a career in academic administration to support scholars and scholarship.

To current and future Yale graduate students, Armentano suggests getting involved in whatever way possible. “One of the best things you can do is dive deep into one or two things that you can make an impact with.”

After graduation Armentano is moving with her husband and two children to Madison, WI to be close to extended family and friends.