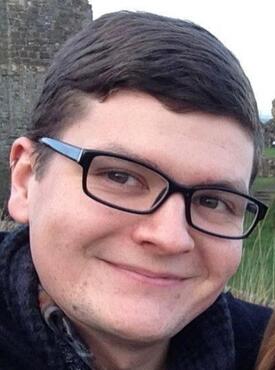 Stephen Gaughran is graduating with a PhD from the department of Ecology and Evolutionary Biology and is a GSAS 2021 class marshal. While at Yale, Gaughran was involved with several research and student advocacy communities, working with the Peabody Museum of Natural History, serving as the treasurer of OSTEM, an organization increasing the visibility of LGBTQ+ in STEM fields, and leading the Graduate Student Assembly as its Chair. Getting involved in extracurricular activities, Gaughran reflects, turned out to be “one of the most important things I did in my graduate career.”

Read on to get to know Stephen Gaughran better.

On Getting to and Being at Yale:

Stephen Gaughran studies the genetic information of seals, but he has tried to leave the loveable charismatic mammals of the sea behind several times. “I’ve tried to veer off this path a number of times thinking I wanted to study human genetics or that I wanted to study more fundamental mathematical genetics, but I’ve always ended up back with these seals and I'm happy with that.” While at Yale, Gaughran has worked with Jeff Powell in the department of ecology and evolutionary biology to study evolutionary genetics, looking at genetic data for patterns of evolution and natural selection. 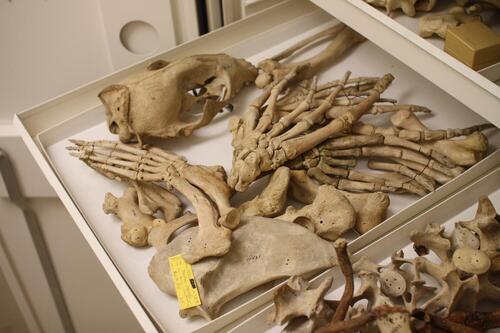 Gaughran, who studied comparative romance linguistics and environmental biology as an undergraduate at Columbia University and received a master’s degree in Marine Biology from St. Andrews, found his way to Yale after working for several years at the Natural History Museum in New York City. Throughout his career trajectory, Gaughran kind of fell into studying seals, when they appeared time and again. While studying romance languages in college, he studied abroad in Barcelona where he enrolled as a biology student at the University of Barcelona, which is home to a research program studying an endangered species, the Mediterranean monk seal. Then, again, while working at the Natural History Museum, the research department where Gaughran did research and helped manage a genetics program for researchers took on a seal project with a different but related species of seal. “It coincidentally kept happening and all of a sudden I had all of these connections with people in the world of seals,” recounts Gaughran “I haven’t been able to escape since,” he laughs. Despite all of these seemingly random encounters with seals, Gaughran recognizes that, beyond his own affinity for the species, the potential to study fundamental questions of evolutionary biology through them. 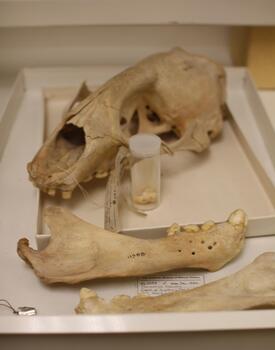 While at Yale Gaughran compared the genetic evolution in endangered species of seals to patterns of evolution in non-endangered species to see what could be learned about evolutionary differences that might inform the conservation of these endangered species. In this line of work, Gaughran worked with the Peabody Museum of Natural History, extracting and sequencing DNA from specimens within the museum’s collection of seals that went extinct roughly fifty to sixty years ago. After graduation, he will continue to work in collaboration with museum collections, including the Smithsonian Natural History Museum, while holding a postdoctoral fellowship from the National Science Foundation at Princeton. “I’m continuing this idea of studying endangered or threatened seal species and using museum collections,” he explains. His current project examines the Northern Elephant seal that lives along the coast of California and in the Pacific Ocean. “This species,” Gaughran explains, “was hunted almost to extinction a hundred years ago but has since recovered. We have museum specimens from before the big hunt, [from] when the population was really small, and samples from the modern population.” With these specimens he will study the genetic evolution of that species to observe if and how the population has changed and evolved over a period of several hundred years.

While the study of seals made up a big portion of Gaughran’s time at Yale, he was also active as the treasurer of Yale’s chapter of OSTEM, a national organization for LGBTQ+ people in science, technology, and math (STEM) fields. As a member of this organization he helped organize several events and initiatives to increase the visibility of LGBTQ+ people in STEM at Yale. 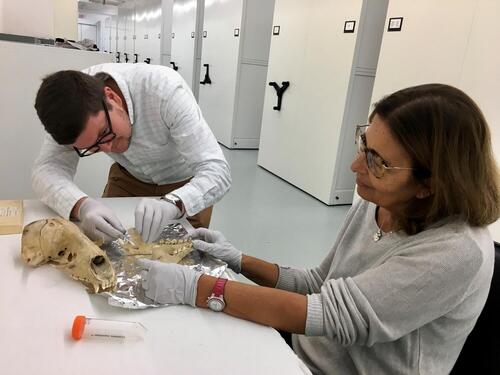 Gaughran was also a member of the Graduate Student Assembly (GSA) and served as its Chair for one year. “My involvement in the GSA and especially becoming the Chair was one of the highlights of my graduate career. I loved being so involved and getting to meet so many students, as well as faculty and administrators,” he shares. During his time as Chair, Gaughran gained a better understanding of how universities run, a deeper sense of the complexities university communities face, and a better perspective on how administrators try to address the issues graduate students face “I spent a lot of my graduate career hearing about and talking about issues at the university; issues that students were facing, issues that students felt were systemic problems in the university or community, but despite all of that I have a lot of faith and admiration in Yale as an institution,” he shares. “I do think that there’s so much good that is done in the university and so much good that can continue to be done there and I know firsthand that all of the administrators really have the students’ best interests at heart and really care so deeply about students. I hope that people, and especially students, do understand that, even as they continue to see issues come up, that the university is really trying to work in their favor, that the administrators really care about them and that I'm grateful for that.”

Gaughran’s turn to student leadership and advocacy was unexpected for him. “Doing things like extracurriculars, the GSA, and becoming the Chair of the student government were never things that I thought I was interested in at any time before this, but somehow I ended up getting involved at Yale,” he shares. First, Gaughran’s involvement in student groups served as a way to meet people and feel like he was part of a community. “I ended up loving it, in a total surprise to myself,” he reflects.

From this experience Gaughran encourages incoming and current students to get involved within one’s department, in University-wide extracurriculars, or within the broader New Haven community. “Get involved in something new, it can really turn out to be great. For me it was one of the most important things I did in my graduate career.”