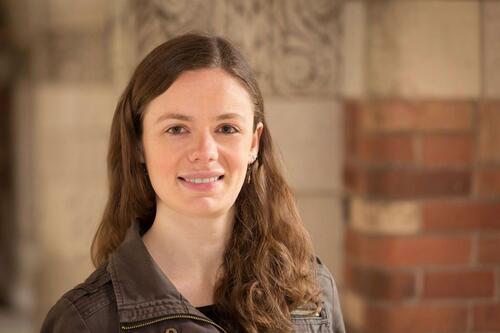 In March, she coordinated “The Arts in the Black Press During the Age of Jim Crow,” a symposium held at Yale. The conference brought together scholars from diverse disciplines and institutions to study coverage of the arts in African American newspapers and magazines between 1877 and the mid-1960s. During that period, “Critics and reporters on the arts beat not only brought to light the creative output of black musicians, actors, filmmakers, writers, and visual artists, but also investigated the role the arts played in the long struggle against oppression, as well as the economic and cultural impact of the arts on black communities and the United States as a whole,” she says. The conference included twelve panel sessions and a keynote address by Kim Gallon, assistant professor of history at Purdue University and the founding director of the Black Press Research Collective, an interdisciplinary group of scholars focused on the historical and contemporary role of black newspapers in Africa and the African Diasporas.

Also this semester, Caplan was a graduate fellow at the Beinecke Library and worked on a major exhibition as a curatorial assistant. “Gather out of Star-Dust: The Harlem Renaissance & the Beinecke Library” featured 300 artifacts from the library’s James Weldon Johnson Memorial Collection of African American Arts and Letters.

Last fall, Caplan was one of seventeen students selected to be a fellow at the Stephen and Cynthia Rubin Institute for Music Criticism, the first program of its kind for established and aspiring classical music critics. Not only did Caplan attend, she won the top prize for her writing. Her recent essays and reviews have been published in The Log Journal and the San Francisco Classical Voice, and one of her essays was cited in an article by Alex Ross for the website of The New Yorker: http://www.newyorker.com/culture/cultural-comment/making-art-in-a-time-of-rage

Her dissertation, advised by Daphne Brooks, focuses on opera and African-American culture during the late nineteenth and early twentieth centuries. En route to her PhD, Caplan earned a master's degree in Public Humanities, a program within — but not limited to — American Studies. Public Humanities cultivates dialog with specialists in non-academic areas and prepares its students for work in museum and gallery installation, documentary film and photography, and oral and community history.

As an undergraduate at Harvard College, Caplan was principal violist of the Harvard-Radcliffe Orchestra and received both the Ralph Waldo Emerson Prize and the David McCord Prize for Artistic Excellence. She has held internships at Boston Lyric Opera, West End Museum, and the Cambridge Historical Society and studied social entrepreneurship as a Music Fellow at the Dekeyser and Friends Academy. She recently served as a teaching assistant for “Music and Social Action,” a massive open online course (MOOC) on Yale’s Coursera platform.