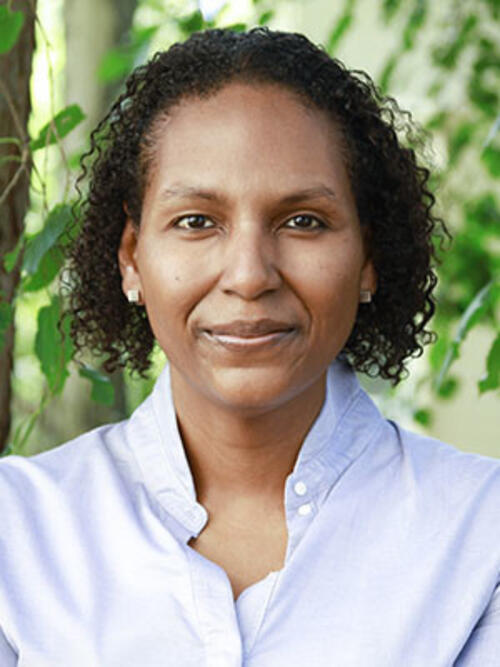 “I am delighted to announce the appointment of Courtney J. Martin,” Salovey said. “An esteemed scholar of historical and contemporary art, she will use her extensive experience in research, teaching, and curation to further infuse the arts into the university’s work and shape the YCBA’s leadership in the field of British art.”

Martin is familiar with Yale, having earned her doctorate in history of art from the university. As a graduate student, she contributed substantially to the YCBA’s award-winning 2007 exhibition, “Art and Emancipation in Jamaica.” Her dissertation on British art and artists in the 1970s will soon be published as a book.

Before pursuing her Ph.D., Martin worked in the media, arts, and culture unit of the Ford Foundation in New York City. After receiving her doctorate, she conducted research and taught at Vanderbilt University and then joined the faculty of Brown University where she fostered understanding and appreciation of art, while using the work of artists to launch conversations and inspire discoveries across disciplines, Salovey said.

In 2015, Martin joined Dia — a nonprofit organization that supports and presents exhibitions, commissions, and site-specific installations — as adjunct curator for an exhibition of the American painter Robert Ryman at Dia:Chelsea. In 2017, she became the deputy director and chief curator at Dia, where she oversees a complex operation that includes acquisitions, exhibitions, programming, research, and publications.

“With her love of Yale and extensive experience in teaching, research, and leading projects at museums, Courtney is committed to providing outstanding educational opportunities for our students, scholarly material for our faculty, and enriching experiences for the thousands of visitors that enjoy the YCBA every year,” Salovey said. “She is attentive to the core collection of 17th-, 18th-, and mid-19th-century art as well as modern and contemporary British art. I know that she will deftly guide the YCBA’s ever-increasing international prominence in the years ahead.”

Salovey praised current YCBA Director Amy Meyers, who will retire on June 30 after a 17-year tenure, “for making the YCBA one of the foremost destinations in the world for the study of British art and culture and an integral part of Yale and our home city.”

“The center has an amazing wealth of resources, not the least of which is its Louis Kahn building. I am so pleased to be returning to the YCBA and to New Haven,” said Martin. “Amy Meyers has expertly stewarded the collection for nearly 20 years. I look forward to further developing the many enagaging exhibitions, publications, and programs that have earned the center its international acclaim.”