In northern Israel, scholars from many disciplines and countries work side by side to survey, excavate, and attempt to understand how people have lived ever since the Stone Age. 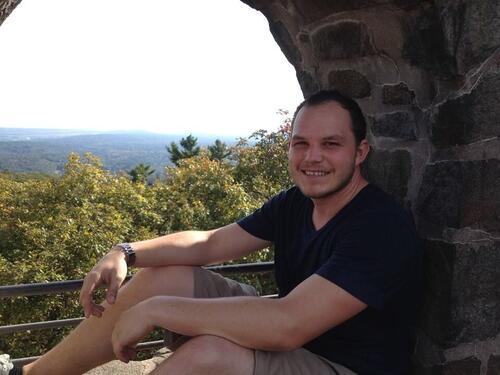 One of those researchers is fourth-year graduate student Nicholas Kraus (Near Eastern Languages and Civilizations), who joined the Tel Megiddo excavation in 2010 when he was still an undergraduate at the University of British Columbia in Vancouver. He’s returned almost every summer since then, to work there and on the nearby Jezreel Valley Regional Project (JVRP).

Megiddo is strategically located above the most important land route in the ancient Near East. During the Bronze Age (3500-1200 BCE), it was an important Canaanite city-state, and in the Iron Age it was a royal city in the Kingdom of Israel. It stood on the crossroads of international traffic for more than 6,000 years. As civilizations came and went, succeeding settlements were built on the ruins of their predecessors, creating a multi-layered archaeological mound, or “tel,” containing the ruins of streets, houses, temples, palaces, fortifications – even an engineered water system. Digging there has gone on intermittently since the early 20th century, but beginning 1994, systematic scientific excavation has been carried out under the auspices of Tel Aviv University. 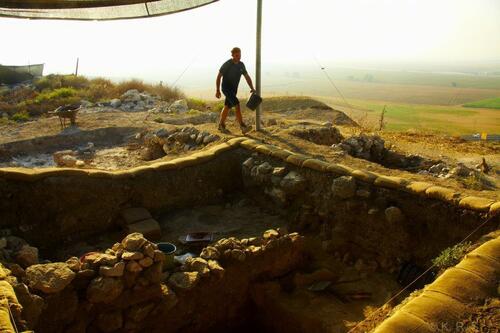 “My first summer at Megiddo was a fantastic experience, and it really got me excited about archaeological work and the people doing archaeology,” Kraus says. He works there on an early Iron Age site, dating back to the 10th century BCE.

The Jezreel Valley Regional Project is much newer, having been launched in 2010 in cooperation with the Tel Megiddo expedition. The JVRP hopes to uncover a total history of the Bronze Age portion of the site using the tools and theoretical approaches of archaeology, anthropology, geography, history, ethnography, and the natural sciences.

Kraus joined the JVRP in 2011 and has been a staff member on the project since 2013, working on the Bronze Age site and at the recently discovered imperial Roman camp of Legio, both in fields adjacent to Tel Megiddo. In the century following the Jewish Revolt in 66-70 CE, Rome garrisoned two imperial legions in Palestine to keep order, one in Jerusalem and a second in the Galilee. Until recently, the location of the military camp housing the Sixth Legion was uncertain.

“Legio is a really exciting site because it is the only excavated permanent Roman military camp in Israel. The only other camp that we know about is in Jerusalem, and that one is now beneath the city and unreachable.” All other known permanent Roman encampments are located in western and northern Europe.

When the JVRP started excavating Legio in 2014, Kraus was a ‘field archaeologist’ or square supervisor. He taught other students how to excavate and supervised a few squares (5x5 meter trenches) at the site.

“It was just a set of test squares,” he notes. “We wanted to see what was going on in different points within the camp.” The following year, the dig expanded. Kraus was given more responsibilities and ran one of the excavation areas at Legio.

He loves archaeological fieldwork, but it is only one of his scholarly interests.

“I also enjoy languages and texts and couldn’t decide between the two, so I decided to keep doing both. I am glad to have been able to continue reading texts and excavating,” he says.

For his dissertation, Kraus is studying education in the Sargonic period (c. 2350-2150 BCE) in ancient Mesopotamia. The Sargonic kings were the earliest Semitic dynasty to rule over much of the Fertile Crescent.

Ever since he began studying Mesopotamia and cuneiform, he has been interested in understanding “how scribes actually acquired the skills to write and what that process was,” he says. “The idea really fascinated me, especially because I was myself learning cuneiform at the time: how did ancient students learn to read and write this complicated language? After some research into what had already been done on the topic and what the potential was, I decided it was perfect – diverse and interesting, and it would fill a niche in the field.”

Kraus looks at the physical evidence: the tablets that served as school texts, the kind of stylus 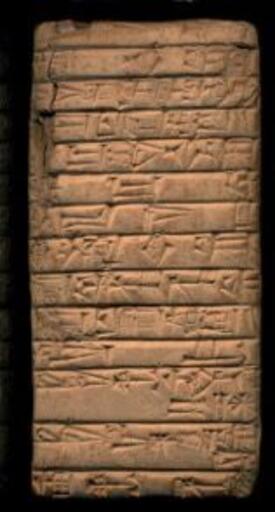 used, and the particular script employed. He also studies administrative documents, lexical lists (similar to dictionaries or encyclopedias), literature, mathematics exercises, and the social and historical context of education and schools during this period. His primary adviser is Benjamin Foster, the William M. Laffan Professor of Near Eastern Languages and Civilizations; Eckart Frahm is also on his dissertation committee.

Before coming to Yale, Kraus completed a master’s degree in Assyriology at the University of Toronto. He also earned a qualification from the Yale Initiative for the Study of Antiquity and the Premodern world (YISAP), with a project on commentary in antiquity.

When not conducting research in New Haven and the Middle East, Kraus enjoys reading, cooking, snowboarding, camping, hiking – outdoor activities in general.  He is also a graduate affiliate for Trumbull College.