Do Monkeys and Gorillas Have a Sweet Tooth? 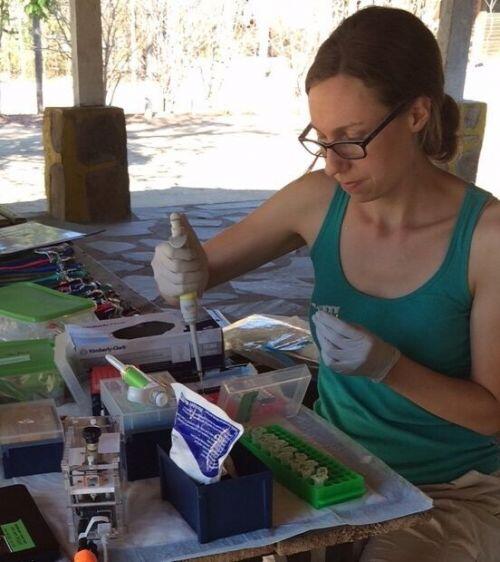 Elaine Guevara  (Anthropology) studies the evolution and behavior of non-human primates, not only by observing them in the wild. She also explores the genetic basis of their traits. One recent project looked at whether Old World monkeys and apes get “tricked” into eating a sweet African plant that has little nutritional value.

“Specifically, we examined which primates are likely to be sweet ‘tasters’ of brazzein, a protein found in the fruit of the African plant Pentadiplandra brazzeana that tastes intensely sweet to humans, but provides little energy,” she says. “Sweet proteins like brazzein are thought to mimic the taste of sugars to entice animals to eat them and in doing so, disperse their seeds.”

Using previously published and new sequence data for the taste-receptor protein TAS1R3, Guevara and her co-authors considered 57 primates and other mammals at the two amino acid sites necessary to taste brazzein, to determine which species are tasters. They also used dN/dS-based methods (which determine whether changes in an organism’s genetic code are beneficial and enhance natural selection or are neutral), “to look for statistical evidence of accelerated evolution in this protein across primate lineages.”

Her research found evidence suggesting that most African primates are, in fact, “tricked” into eating and dispersing P. brazzeana’s seeds for little caloric gain. The one exception she found is the western gorilla (Gorilla gorilla). These apes have mutations at the two brazzein-critical positions, and “although fruit is a substantial portion of the western gorilla diet, they have not been observed to eat P. brazzeana. Our analyses of protein evolution found no signature of positive selection on TAS1R3 along the gorilla lineage,” she concluded.

“We propose that the gorilla-specific mutations at the TAS1R3 locus encoding T1R3 could be a counter-adaptation to the false sweet signal of brazzein.” In other words, gorillas have evolved to choose foods that fuel them, unlike all those primates who go for the empty sweet stuff. 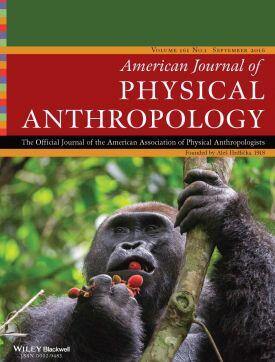 Guevara is first author of this article.
Click here to access the paper in the American Journal of Physical Anthropology.

Guevara also co-authored a paper that explored mixed-sex litters of primates. Since hormones can pass through cell membranes, the team wanted to learn if the females would be exposed to high levels of fetal testosterone from their brothers. Too much testosterone has been “shown to have masculinizing effects and negative fitness consequences in many mammals,” the article notes. Most primates give birth to single offspring, but several New World monkey (and other species like lemurs) regularly give birth to small litters. Guevara and her team used data from long-term breeding records of seven primate species and found that the female fetuses were not harmed by their male littermates. The article, “Non-human primates avoid the detrimental effects of prenatal androgen exposure in mixed-sex litters: combined demographic, behavioral, and genetic analyses” was published in the American Journal of Primatology. Click here to access this paper in the American Journal of Primatology.

Guevara’s dissertation research focuses on the genetic and epigenetic bases of differences in longevity and aging in primates. Epigenetics refers to heritable changes in gene expression that do not involve changes to the underlying DNA sequence. She is co-advised by David Watts (Yale anthropology) and Brenda Bradley (George Washington University).

Born and brought up on the West Coast, Guevara earned her undergraduate degree from the University of California, Santa Cruz. She chose Yale for her PhD studies because of the strength of its biological anthropology program, and especially its investment in long-term primate field research sites like Bezà Mahafaly Special Reserve in Madagascar, co-founded by Alison Richard (professor emeritus of Anthropology), where Guevara has done much of her research. Her interest in primate genetics was sparked by the historic sequencing of the human genome and the realization that new technologies now offer unprecedented opportunities to learn about the genetic basis of evolution and diversity.

When not hard at work, Guevara likes to sleep, take long drives, camp, and observe wildlife.