Exploring Sociology through Humor and Storytelling 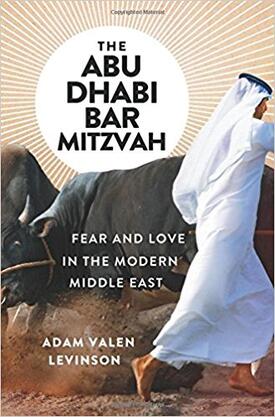 When Adam Valen Levinson came to Yale to begin his Ph.D. in Sociology, he was already doing something most young scholars only begin after they complete their doctorates: preparing his first book for publication. The Abu Dhabi Bar Mitzvah (W.W. Norton, 2017) chronicles Levinson’s post-college journeys through the Middle East. Coming of age in the years after September 11th, Levinson felt as though he had been conditioned to fear a vast swath of the world. Traveling, writing, performing stand-up, and making friends across an area of the world that the nightly news wanted him to fear became, as he describes it, a classic act of youthful rebellion. “The book is really about growing up,” said Levinson. “It’s about getting out of childhood with whatever dignity, curiosity, and cleverness you can manage to hold onto.”

While the book grew out of Levinson’s experiences after graduating from Columbia University in 2010, he doesn’t see a clear distinction between what he has tried to achieve in the book, and what he hopes to achieve in his academic career. “Sociology is omnivorous, and it lends itself to all sorts of issues and problems—the kind of stuff that would be interesting to lots of people and not just academics. My ultimate desire would be to use the tools of sociology to make work for sociologists and political scientists and anyone else interested in people, and then make sure that work is accessible to a wider world,” Levinson said, discussing his nonfiction writing in the context of his academic work. “Humor, nonfiction, writing, and sociology—it all comes out of a curiosity about people, groups, and boundaries; how people fit together and what to do when they don’t.” Levinson sees the borders of nonfiction and sociology overlapping—a popular piece of nonfiction writing might be the result not only of the author’s experiences, but also academically rigorous research and analysis. 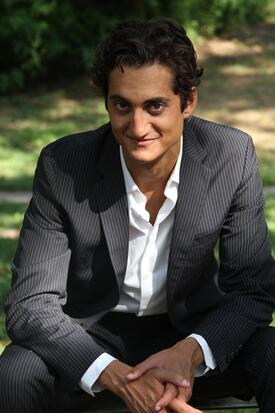 At Yale, Levinson has found a supportive intellectual home for his interdisciplinary explorations. “I feel like I’ve got dual-citizenship in a small, powerful island nation in academia, while also trying to be globally oriented,” Levinson said of his relationship with his department, Yale, and academia as a whole.   As a fellow at the Center for Culture Sociology, Levinson takes a variety of classes in addition to conducting his research, writing, and promoting his new book. He cites faculty mentors in the Sociology Department like Assistant Professor Joscha Legewie as being integral to the development of his thinking about the interactions of cultures and societies, and the limits of quantitative and qualitative analysis. He finds at Yale the freedom to be interdisciplinary—to avoid the kind of specialization that forces young scholars and writers into narrow, closed-off tracks.

Not surprisingly, considering his background as a stand-up comic, he has a special interest in the sociology of humor. “If you can really, truly joke with a person—that’s about as close as you can get. If people can understand when you’re joking and not, and what your jokes really mean… That’s real closeness,” Levinson said. In Israel, for instance, comedians deliver their material at a breakneck pace totally unlike the relaxed unpacking of foibles more common in American humor. To Levinson, this speed reflects the ambitious, entrepreneurial attitudes he noticed among his Israeli acquaintances. Humor, for Levinson, is just one more way, not easily disentangled from storytelling and sociology, of exploring the complexities of different groups— “Humor can be a key into so many parts of the culture. It’s a way to access personal relationships, which becomes a way to discover things you never knew were there.”

Adam Valen Levinson is the author of The Abu Dhabi Bar Mitzvah: Fear and Love in the Modern Middle East, available now from W.W. Norton and Company.