Fighting Cancer, One Microbiome at a Time 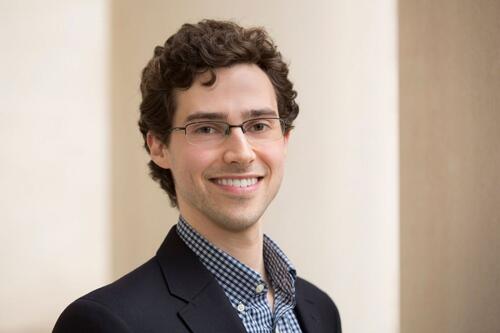 David Puleo (Pharmacology) co-authored a guest article that was posted recently on PatentDocs, a major biotechnology and pharmaceutical patent blog.

He was invited to write the blog by his co-author, Anthony Sabatelli (PhD 1984, Chemistry), former chair of the Yale Graduate School Alumni Association. Following his Yale graduation, Sabatelli worked for several years in research, then earned a law degree. He is now a partner in Dilworth IP, a firm that specializes in intellectual property and patent law.

The guest article is one of several in a series titled “The Emergent Microbiome: A Revolution for the Life Sciences,” which reviews research and therapeutic advances related to the microbiome. The microbiome includes microorganisms that co-exist in – or on – human beings and that can alter the health of their host. Since most of the human microbiome is located in the gut, attempts to modulate or manipulate the microbiome for therapeutic purposes have focused on the digestive system. Recent evidence suggests that altering the microbiome can have vast implications in the treatment of certain conditions or diseases, such as obesity, neurological disorders, and cancer.

Puleo and Sabatelli’s article, “The Microbiome and Immunotherapy,” reviews how the composition of a microbiome can potentially affect a patient’s clinical response to immunotherapy (an approach to fighting cancer that harnesses the body's own immune system).

“The pharmaceutical industry has begun targeting the inhibitory immune checkpoint proteins,” Puleo says. Like an “off switch,” these checkpoint proteins act as inhibitors of the immune system. There are a number of drugs, specifically antibodies, that block interactions between these proteins on the cell surface. By dampening or attenuating the “off switch,” an immune response can be enhanced, Puleo explains. This approach has been used to treat a number of cancers, including melanoma. However, since 60-80% of patients do not respond to therapy using one drug alone, combination immunotherapies are currently in use and in development.

With evidence from the scientific literature, the article by Puleo and Sabatelli proposes tailoring the immunotherapy to a patient’s individual gut microbiome. The authors argue that it would be useful to “further correlate a patient's microbiome composition with the clinical efficacy of immunotherapeutics. These data could be used to supplement non-responders with missing or deficient microbiome components to make their treatments more efficacious. Thus, combination therapies of immunotherapeutics with microbiome modulators are likely the way of the future.”  The article suggests that this approach will become common practice, and “Within the next several years, the terms ‘oncobiotics’ and ‘immunobiotics’ will likely become part of everyday scientific vernacular.” Patients will be stratified not only by their genetic makeup, but also by their microbiome content or composition, providing another layer of complexity to personalized medicine.

Puleo was born and brought up in Rhode Island. He first became interested in chemistry during high school. After graduating from Boston College with a BS in biochemistry, he worked for two years in the Center for Proteomic Chemistry at Novartis Institutes for BioMedical Research (NIBR) in Cambridge, Massachusetts, to complement his chemistry background with an understanding of biological processes.

“Getting a PhD was a natural progression for me. Given my past experience and interest in drug discovery, I was looking for an environment that would provide the same rigor as NIBR but in an academic setting. I was drawn to the high caliber of research and collaborative atmosphere in the Yale Pharmacology Department,”

When not in the lab, Puleo likes to run and play tennis. He is a liaison between the Yale Office of Career Strategy and the Yale Graduate and Postdoctoral Biomedical Careers Committee (BCC), an organization that facilitates professional development and career exploration among graduate students and postdoctoral fellows.