Michael Sierra-Arevalo (Sociology) was drawn to sociology as an undergraduate at the University of Texas at Austin, “because of the way it didn’t take things for granted. 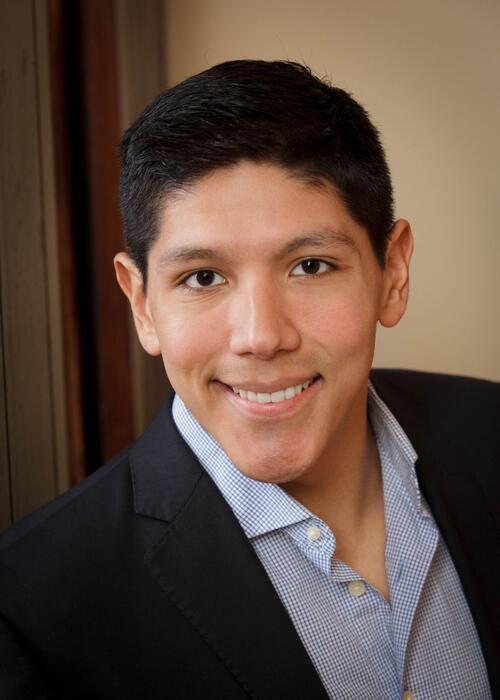 There weren’t rules for how the world worked, like in chemistry or biology, and professors constantly pushed you to question your assumptions. I grew to relish the ‘you thought this, but actually…’ moments in class that made me completely rework things I had once ‘known.’”

He majored in psychology as well, but decided to pursue a graduate degree in sociology “to learn about and, by extension, learn how to solve pressing social problems. Getting a Ph.D. seemed like a good way to do this, as well as fulfill my desire to teach.”

The social problems Michael works on are urban violence, gangs, guns, law enforcement, race and ethnicity, and how all these elements interact. He chose these areas, he says, “Because I was lucky, and because I have the chance to get a degree that will allow me to maybe help people who weren’t as lucky as I was. I never had to worry about catching a stray bullet; I never heard gunshots in my neighborhood, but as a Hispanic male, I’m sensitive to the fact that urban violence is a problem that disproportionately affects minority men.”

In his current research, Michael uses data from the Chicago Gun Project, a survey of 141 adults who were on probation or parole for at least one violent crime such as assault, robbery, or battery, and who resided in specific high-crime neighborhoods in Chicago. Many of them owned guns illegally.

“According to federal law, ex-felons are not permitted to own a firearm. Technically, they can’t even have bullets in their possession or a non-functioning firearm.” Additionally, during the time the survey data was collected, Chicago still had its ban on handguns in place, meaning it was illegal for anyone to own a handgun.

The surveys asked participants the extent to which they agreed or disagreed with statements about the legitimacy of the law, such as “I feel I should accept the decisions made by legal authority” and “People should obey the law even if it goes against what they think is right.” They were also asked if they had ever possessed a firearm and, most significantly, “What was the primary reason you got the gun?”

Michael’s preliminary findings show that, among individuals who possessed a gun, those who perceived of the law, in general, as less legitimate were significantly more likely to have acquired their weapon for protection.

“Feeling that the law and its agents are illegitimate is strongly associated with ‘legal cynicism,’ a cultural frame in which individuals see the law and police as ‘illegitimate, unresponsive, and ill equipped to ensure public safety,’” according to sociologists David Kirk (University of Texas at Austin) and Mauri Matsuda (University of Maryland).

“Those who are cynical of the law and its representatives are likely to believe that they cannot go to the police for protection, or that the police aren’t able or willing to protect them,” Michael found. “It appears that those who have guns in thesehigh-violence areas of Chicago are acquiring their weapons because they feel they need protection — specifically because they don’t think they can count on the law.”

Michael doesn’t own a gun himself, “but not because I’m necessarily against firearms. I’ve shot plenty of guns, and I like shooting. I do think, however, that we are in need of legislation that addresses the lack of good data on weapons, not to mention the ease with which the few measures we have can be circumvented through the so-called ‘private sales loophole.’”

To help reduce gun violence, he recommends initiatives that would make it more difficult for convicted felons to acquire weapons through private sellers or gun shows. He also proposes the creation and maintenance of good data on gun purchases, trades, and thefts, and wants the ATF to be allowed to share their data with researchers, policy makers, and other branches of law enforcement.

“A glaring problem with the debate around guns is that the estimates we have of things like defensive gun use or even the number of guns in the U.S. are plagued by issues surrounding the quality of the data. Better data could help paint a more precise picture and could better arm (pardon the pun) police and policy makers with information to fight gun violence on the streets and in the legislature.”

Michael also feels that society should continue to move away from its traditional “tough on crime” policing strategies. “Simply put, we can’t arrest our way out of the problem,” he says. He knows this side of the problem first hand, through his work as a Strategy and Implementation Team member with New Haven’s Project Longevity, a gang-outreach and gun-violence prevention program. Launched in 2012, Project Longevity is a state-wide program, part of a national initiative that engages community members, social service providers, and law enforcement to work together to reduce gun violence. Through a combination of positive reinforcement, such as the provision of social services, as well as targeted law enforcement action, Project Longevity aims to focus valuable community and social services towards those most at risk of being victims of gun violence, and uses targeted law enforcement actions instead of “brute force” tactics like police sweeps. It is a joint effort of the New Haven Police Department, the U.S. Attorney’s Office, local community leaders, and researchers at the University of New Haven and Yale. Project Longevity is also being implemented in Bridgeport and Hartford. 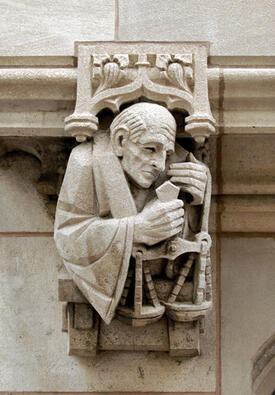 Project Longevity concentrates on the tiny percentage of the population that commits or is victimized by gun violence, many of whom are involved with violent street groups. Michael explains: “By focusing on these individuals and telling them to put the guns down, and by offering them social services and the chance to change their lives, it is possible (as has been shown in cities across the U.S.) to reduce violence.” The social services that are offered include help with housing, employment, education, mental health, and more. “To be sure,” he adds, “the third facet of the project promises these individuals that if they don’t put the guns down, they will meet with overwhelming law enforcement attention, arrest, and prosecution.” This approach is called “focused deterrence.”

According to the U.S. Department of Justice, “violence in troubled neighborhoods is caused predominantly by a small number of people who are members of street gangs, drug crews, and other identified groups. These groups, whose members typically constitute less than 0.5 percent of a city’s population, often have little organization, hierarchy or common purpose, and commit violent acts primarily for personal reasons, not to achieve any economic gain or other advantage.” The program, as deployed in Boston, Chicago, Cincinnati, and Providence, has resulted in a 40 to 60 percent reduction in group-related homicides in the targeted neighborhoods.

In addition to his research and his work with Project Longevity, Michael is an affiliated fellow at the Institute for Social and Policy Studies, and a graduate student affiliate of the Center for Research on Inequalities and the Life Course. He is a Sociology Graduate Student Representative and a member of the Scholars Strategy Network. He has written for PolicyMic on topics such as Stop-and-Frisk, prosecutorial misconduct, and crowd-sourcing of private security. And for fun, he plays on the Yale Graduate Rugby team.