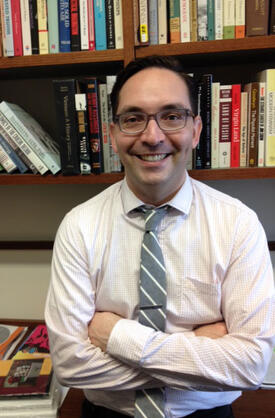 Geraldo L. Cadava (PhD 2008, History), assistant professor of history at Northwestern University, has won the 2014 Frederick Jackson Turner Award forStanding on Common Ground: The Making of a Sunbelt Borderland. Judges of the prize called the book an “outstanding study” and “a model of transnational and borderlands history at its best.”

In Standing on Common Ground, Cadava focuses on the economic, cultural, social, and political intersections between southern Arizona and the neighboring Mexican state of Sonora, demonstrating that the border was permeable and elastic in the years that followed World War II. Cadava’s book weaves the narratives of businessmen, laborers, students, immigrants, and activists, showing how they were influenced by policies and forces that shaped society on both sides of the border. The prize committee called Standing on Common Ground “a major contribution to the burgeoning literature on Sunbelt cities,” adding that “The book also reminds us that contentious issues today regarding immigration policies and ethnic tensions in border states have deep roots in the twentieth century.” 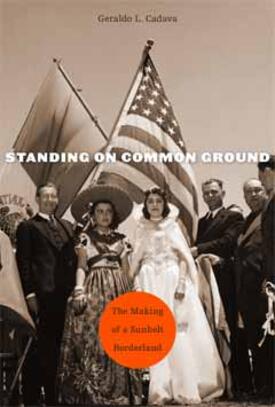 David G. Gutiérrez, author of Walls and Mirrors: Mexican Americans, Mexican Immigrants, and the Politics of Ethnicity, calls Standing on Common Ground “a richly detailed portrait of a region that is very much in the news today. Solidly researched, keenly conceptualized, and beautifully written, it will become one of the most important explorations of the lands and lives along the U.S.-Mexico border.”

After earning his doctorate, Cadava won a Smithsonian Community Grant for the Smithsonian Institution traveling exhibit “Bittersweet Harvest: The Bracero Program, 1942-1964,” a Public Voices Thought Leadership Fellowship, a Ford Foundation Postdoctoral Fellowship, and a Woodrow Wilson Career Enhancement Fellowship for Junior Faculty. His writing has appeared in The Journal of American History, The New York Times, The Atlantic, the San Francisco Chronicle, the Arizona Daily Star, and in the publications of the Immigration Policy Center, the National Park Service,  and the American Historical Association.