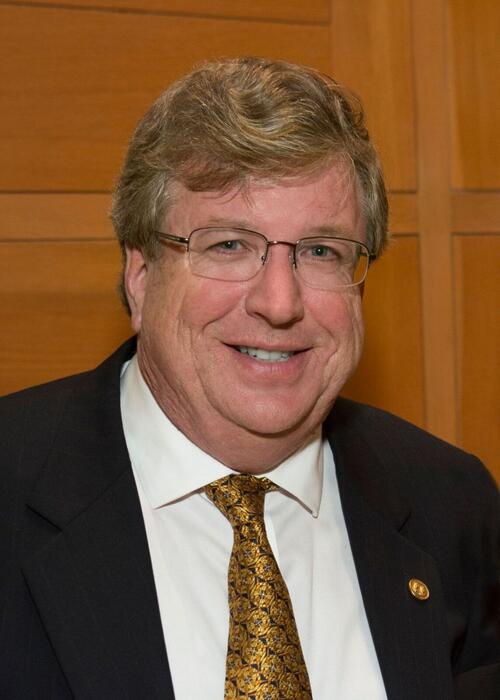 Eric R. Fossum (PhD 1984, Engineering and Applied Science) has been awarded the Queen Elizabeth Prize for Engineering for his invention of the “camera-on-a-chip” — technology that is used worldwide in industries that range from medical equipment to side-view car mirrors to cell phones. Several recent Hollywood movies, such as Life of Pi and Avatar, used Fossum’s invention to shoot special effects.

This £1 million award, the largest engineering prize in the world, honors engineers whose innovations have benefitted humanity. Fossum’s co-recipients are George Smith, Nobukazu Teranishi, and Michael Tompsett, all of whom contributed to the dawn of digital imaging and to Fossum’s sensor technology.

Fossum “epitomizes the Yale engineering spirit, having made impactful technological advances while being mindful of the societal implications,” says T. Kyle Vanderlick, dean of the School of Engineering and Applied Science. “Bringing smartphone camera technology to the masses, as he has done, has fundamentally shaped human behaviors in both expected and unexpected ways.”

Fossum developed the technology while working in NASA’s Jet Propulsion Laboratory in the 1990s. At the time, NASA was using a charge-coupled device, or CCD, for imaging on interplanetary spacecraft, but the device was too large and required too much power to be effective. To improve it, he integrated aspects of the existing technology with a complementary metal-oxide semiconductor (CMOS) on which he had worked as a graduate student.

According to T.P. Ma (PhD 1974), who was one of his advisers, Fossum’s ability to think both theoretically and experimentally allowed him to combine science and engineering. Ma cited Fossum’s thesis, which was focused on the idea of “smart pixels” as simplistic sensors that could receive photons and then produce images. While scientifically correct, the actual hardware did not yet exist at that time to implement his concepts, Ma said. “Theoretically, from what he did as his thesis, he was on his way to making a camera on a chip,” Ma said.

After graduating from Yale, Fossum became a member of the electrical engineering faculty at Columbia University. In 1990, he joined the California Institute of Technology, where he managed the research and development of image sensor and focal-plane technology at the Jet Propulsion Laboratory. While there, he invented the technology for a tiny camera and shepherded its development and subsequent transfer to the private sector. He co-founded Photobit Corporation in 1995 to commercialize the technology and worked for Micron Technology Inc. after it acquired Photobit. He was CEO of Siimpel Corporation, developing micro-electro-mechanical-based camera modules with autofocus and shutter functions for cell phones. In 2008 he joined Samsung Electronics as a technical consultant, and in 2010 he returned to academia as a faculty member of the Thayer School of Engineering at Dartmouth, where he teaches, conducts research, and coordinates the PhD Innovation Program.

Among his many honors, Fossum received the Graduate School’s highest award, the Wilbur Lucius Cross Medal, in 2014. The Institute of Electrical and Electronics Engineers gave him the Andrew Grove Award in 2009. He was inducted into the National Inventors Hall of Fame in 2011, and in 2013 to the National Academy of Engineering. Fossum holds more than 180 patents and has published over 250 journal articles. He also serves on the Yale University School of Engineering & Applied Science Leadership Council.