Founder of Open Labs to be Honored at AYA Annual Meeting 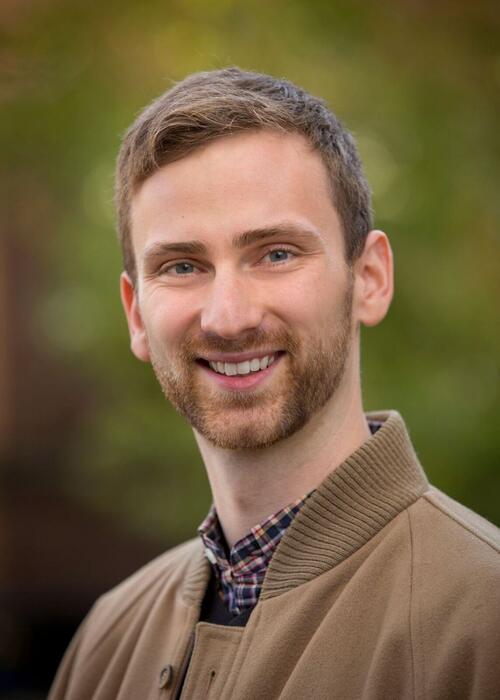 Zlatko Minev (Applied Physics) will receive a Yale-Jefferson Public Service Award for creating and leading Open Labs, a highly successful science outreach program. Given by the Association of Yale Alumni, STAY (Students and Alumni of Yale), and the Washington-based Jefferson Awards for Public Service Foundation, the honor recognizes individuals who have inspired the Yale community through innovative, impactful, and sustained service for the greater good. It will be presented at the annual assembly of the Association of Yale Alumni on November 11.

Open Labs, launched in 2012, aims to make science exciting and the pathways to careers in science accessible to New Haven middle and high school students. It has already reached more than 1,200 public school students and parents and has expanded to the University of Pennsylvania, Princeton, and Columbia. Harvard will be the next campus to open a chapter.

In his second year at Yale, Minev joined the Graduate and Professional Student Senate (GPSS) and signed up for the Community Service Committee. “I wanted to share my passion as to why science is cool and amazing, and why quantum computing is going to be the next great thing,” he says. As an undergraduate at the University of California, Berkeley, he had been mentored and inspired by graduate students, and “When I got to Yale, I wanted to be a role model for kids and guide them the same way I was guided.” He thought, “Let’s bring kids to Yale and show them what world class labs are like and what young scientists do. Let them step into our shoes.”

Minev contacted Maria Parente, program manager of Yale’s Pathways to Science program; and Claudia Merson, director of Yale’s Public School Partnership, in the Office of New Haven and State Affairs. “They provided an amazing foundation. They had already established many working relationships with the community” and helped him connect with local schools and students interested in science.

Open Labs’ signature event is the Science Café, an informal educational and social gathering at which three brief TED-style talks on cutting-edge research are presented. Following the presentations, graduate students and post-doctoral fellows sit down with the teenagers and interact informally over snacks. The younger students are encouraged to ask questions and move from table to table, and they are given prizes to motivate active participation. Forty people attended the first Science Café back in 2012. At the most recent event, there were 120 attendees (and a waiting list).

“Our vision is to make sure these are long-lasting programs,” Minev says. He is currently in his sixth year at Yale, and to ensure that Open Labs remains viable after he graduates, he works with a co-director who is in his second year. Darryl Seligman (Astronomy) shares Minev’s enthusiasm for encouraging young scientists. He brings “great energy and passion” to Open Labs, Minev says. Seligman was instrumental in expanding Open Labs to the University of Pennsylvania. Together the co-directors try “to attract, excite, and develop passionate graduate students to our team. We focus on communication skills and professional development: We are training people to have a broad impact on the future,” says Minev.

“Open Labs is incredibly rewarding,” he says, “But my main thing is quantum computing.” Minev’s dissertation adviser is Michel Devoret, the Frederick W. Beinecke Professor of Applied Physics and professor of Physics. Quantum computing is “a next-generation technology for computation that uses superconducting artificial atoms” instead of transistors. “But atoms do not behave according to the laws we know. They live in the world of quantum mechanics. To chip makers, the richer dynamics of atoms — which include teleportation and the ability to be in two places at the same time — are a nuisance and a problem.  But to scientists, they present unexplored potential.”

His research focuses on how to realize quantum computers with superconducting artificial atoms, made much in the same way that Intel and AMD make their chips. He is interested in “the implementation as much as on charting the rich landscape of quantum phenomena.”

Minev was previously honored as one of the first two graduate fellows of the Connecticut Academy of Arts and Sciences — the third-oldest learned society in the United States. In addition, this year he was appointed to the American Association for the Advancement of Science Program for Excellence in Science. And for fun, he does salsa dancing.