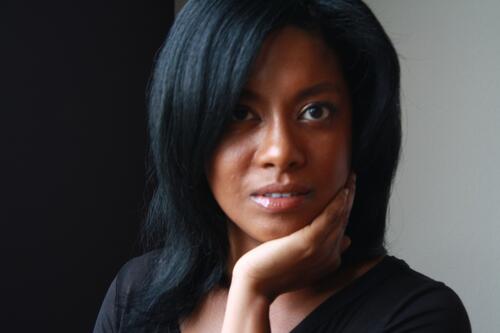 Tiffany Briere (PhD 2008, Genetics) was awarded a 2013 Rona Jaffe Foundation Writer’s Award, given annually to six women who demonstrate excellence and promise in the early stages of their writing careers.

“Steve was a generous mentor whose enthusiasm for research (and The Who) was infectious,” she says.

After completing her PhD, she earned an MFA at Bennington College in 2011 and attended Bread Loaf Writers’ Conference at Middlebury in 2013. She currently teaches English at Orange Coast College in California and is working on a novel and a collection of essays about her work in genetics. The award will enable her to write full time in the coming year.

Her essays are about her work in genetics and how it informs the larger truths of life. She says, “Genetics, like writing, is a search for core truths, for what informs the human condition. At its best, it tells an artful and thoughtful story, a narrative meant to inspire and enrich our lives.” She is also beginning work on a novel. “The vision for my novel arose from a number of conversations I’ve had with my mother, who is facing the end of her life. The novel is set in New York and is centered around a young Caribbean-American woman, a scientist at Yale, who upon returning home to Brooklyn, is faced with the unthinkable request: to assist in her ailing father’s suicide. Pitting her advanced education against their religious beliefs, her family convinces her that she is the only one suited for the task. She agrees to do it, and in the aftermath, her life – her whole belief system – unravels. Ultimately, she regains her footing as a healer of sorts, in a community where she has never truly belonged.”

Before coming to Yale, Briere received a BS in biology from the University of Hartford.

“I really enjoyed my time at Yale,” she says. “My favorite moments were spent with fellow grad students and lab mates, Halloweens at GPSCY, lunches at Mory’s, happy hours at BAR – these stand out in my memory. While at Yale, I shook President Clinton’s hand. I sat front row to hear Christopher Reeve speak. I met a magician in a hallway, an NBA star in the elevator, but I never made it to the med school’s rooftop pool.”

Briere lives in San Diego with her husband David, their two-year-old daughter Lilou Rose, and her mother Rose Samaroo, who encouraged Briere to study science and to follow her passion as a writer.