Three outstanding faculty advisers, one from each academic division, will be honored on Sunday, May 21, at the Graduate School's Convocation. They are:

The Graduate School and the Graduate Student Assembly collaborate every year to name the three Graduate Mentor Award winners, who are chosen for their exceptional support of the professional, scholarly, and personal development of their students. The selection committee receives scores of letters from graduate students who nominate their advisers anonymously. 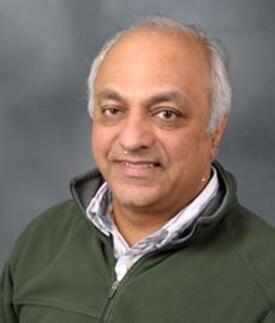 Sivaramakrishnan, the Dinakar Singh Professor of Anthropology and Professor of Forestry and Environmental Studies, earned his Ph.D. from Yale in 1996. His interdisciplinary research spans the colonial and contemporary history and anthropology of forests and wildlife conservation in South Asia, particularly India. His work incorporates environmental history and law, political anthropology, cultural geography, development studies, and science studies, and he has published widely in the leading journals of all these disciplines. He is co-director of the Program in Agrarian Studies at Yale. 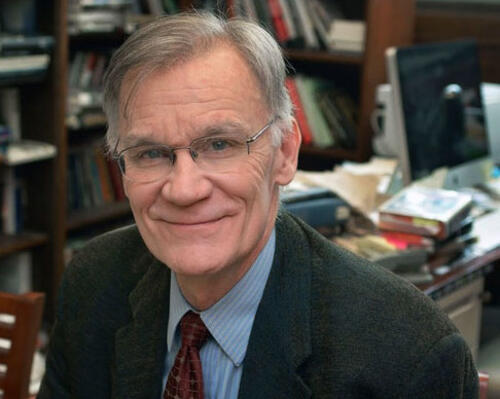 Blight, the Class of 1954 Professor of History and Professor of African American Studies and of American Studies, is director of the Gilder Lehrman Center for the Study of Slavery, Resistance, and Abolition at Yale. He joined the Yale faculty in 2003 and the following year became director of the Center. In addition to teaching, he organizes conferences, working groups, and lectures; administers the Frederick Douglass Book Prize; coordinates outreach programs; publishes prize-winning books and articles; consults on documentary films; and serves on the boards of museums and historical societies. He is currently writing a new biography of Frederick Douglass (Simon and Schuster, forthcoming in 2018). 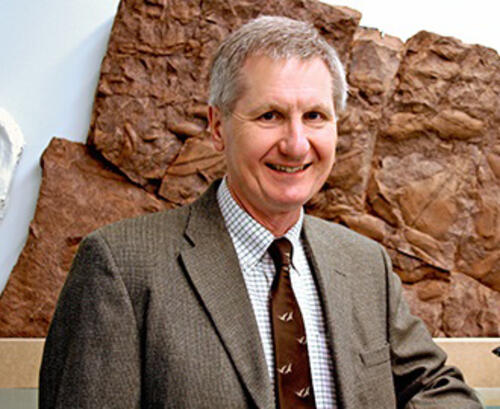 Briggs, the G. Evelyn Hutchinson Professor of Geology and Geophysics and curator of invertebrate paleontology at the Yale Peabody Museum of Natural History, served as director of the Peabody from 2008 to 2014. His research focuses on the taphonomy (preservation) and evolutionary significance of fossil formations that include evidence of faunal soft tissue. His many honors include being named a Fellow of the Royal Society, an Honorary Member of the Royal Irish Academy, the Lyell Medal (Geological Society of London), and the Paleontology Society Medal.

Here's a sample of what current and former students wrote in their nominating letters:

Kalyanakrishnan Sivaramakrishnan
“Shivi, as he is affectionately known by his students and colleagues, has provided model mentorship for students at Yale across the undergraduate/graduate spectrum and in a variety of disciplines for many years. He deserves recognition for his encyclopedic knowledge of South Asia and agrarian issues, his collegiality in designing and leading interdisciplinary programming, and his tireless support of young scholars…”

“Shivi tailors his advising to every student’s needs… he is truly invested in making you the best scholar that you can be, and in helping you become the academic you want to be.”

“He is generous with his time, inspiring and sharp in his intellectual engagements, yet always – unfailingly – kind and supportive.”

“He guides by example and works very hard to bring out the best in us. He takes his job as a professional mentor very seriously, which is both refreshing and reassuring.”

“Shivi has been a huge influence on my life and career through his pithy and priceless advice and his own example and comportment as a scholar. As a teacher, Shivi emphasized two things: A) to read broadly in your scholarly fields and immerse yourself in your project… B) to be intellectually rigorous. Rigor, he stressed, produced confidence in one’s scholarship.”

David Blight
“What makes David Blight an extraordinary mentor for graduate students is that he does not just offer comments on polished drafts. He takes the time to talk about ideas. Sit down in David’s office with a question, an idea, the first paragraph of a paper — and his attention turns entirely to you, not to the high stacks of books (unless one is relevant), his many speaking engagements, or his latest scholarly project.”

David Blight has been a dedicated and supportive mentor who has improved my research, enlivened my teaching, and eased my connections in the larger world of scholars at conferences and symposia.”

“David is one of the great historians of his time, but he wears his achievements lightly. He wants you to meet a high standard, not parrot an approach he favors.”

“Many Yale professors are knowledgeable teachers, extemporaneously brilliant, marvelous seminar leaders, and keen critics of written work. Certainly, David possesses all these attributes. What sets him apart as an educator, however, is the true core of good mentorship: a willingness to listen to students. He does not merely listen for the ‘right’ answer. He listens in order to understand and critique students, helping them hone their arguments or, sometimes, to find better questions.”

Derek Briggs
“Derek’s research group represents a truly nurturing academic environment, with weekly discussion meetings that stimulate lively debate and collaboration within the group, advanced graduate level classes that promote deep understanding of the fossil record for group members (and others), and weekly social events at his own home for group members and their families that allow a remarkable level of camaraderie, trust, and friendship to develop within the group. The lynch pin of the group is, however, Derek himself. Despite being recognized as the leading global authority in the field of fossil preservation, Derek makes everyone feel valued.”

“Derek Briggs is a scientific role model of the highest caliber. He is respectful and encouraging toward students — treating them as equals. … Derek is the sort of scientist I strive to be.”

“Derek is completely devoted to the progress of each and every one of his students’ projects. Whether it is writing recommendation letters on a Sunday morning or dropping by my office on a random afternoon to ask if I need anything before leaving for a couple of days, I feel his presence, guidance, and help at all times.”

“Professor Briggs is a deeply thoughtful and caring mentor. In spite of his extremely active and well-funded research program (with no shortage of questions in need of study), he urges his students to develop their own research projects, even in research areas far from his own work.”