“As a practicing lawyer, Betts fights for clemency and parole for individuals facing lengthy sentences, and he is a member of local and national taskforces dedicated to ending cash bail, limiting sentence lengths, and prohibiting the practice of sending juveniles to adult prisons.”

“Monica Muñoz Martinez is a public historian bringing to light long-obscured cases of racial violence along the Texas-Mexico border and documenting descendants’ efforts to commemorate and seek justice for the lives lost.”

Yale Graduate School of Arts and Sciences celebrates the MacArthur Foundation announcement of the 2021 ‘Genius’ grants, no-string-attached awards to support the creative potential of inspiring individuals who bring beauty and understanding to society. This year’s awards emphasize contributions in the arena of racial equality and justice. We are deeply proud of the accomplishments of two of our talented scholars, one a current student and the other an alum. 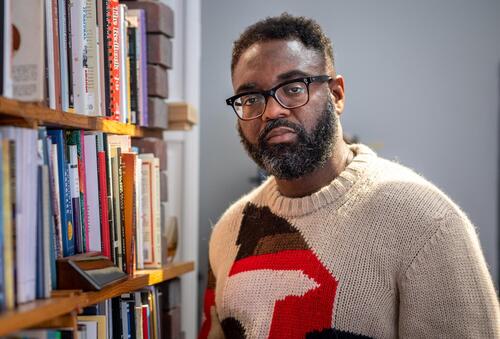 Current Ph.D. Law student, Reginald Dwayne Betts, J.D. ’16 is poet, lawyer, and teacher focused on the rights and humanity of incarcerated people. He was appointed by President Barack Obama to the Coordinating Council of the Office of Juvenile Justice and Delinquency Prevention in 2012, and since 2018 he has served as a member of Connecticut’s Criminal Justice Commission, which appoints state prosecutors. His writings are inspired by his personal experience with incarceration in his youth, and his legal training since. Among his published works are collections of poetry including Bastards of the Reagan Era (2015) and Shahid Reads His Own Palm (2010). He recently launched the nonprofit organization Freedom Reads to give incarcerated people access to literature and the infinite potential for dignity and opportunity it offers.

>>View this MacArthur Foundation video in which Reginald Dwayne Betts discusses his work and what drives him. 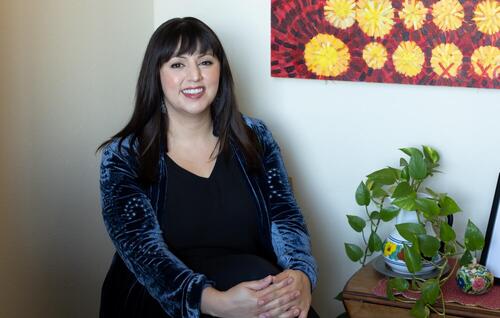 Monica Muñoz Martinez (American Studies, ‘12) is a public historian and a professor at the University of Texas, Austin. She is an award-winning scholar and author, as well as the co-founder of Refusing to Forget, a nonprofit that promotes awareness of the largely ignored history of racial violence along the U.S.-Mexico border in the early 20th century, which she recounted in her 2018 book “The Injustice Never Leaves You: Anti-Mexican Violence in Texas.”
From The New York Times, Sept. 28, 2021:
“It’s a hotly contested subject in Texas, which has been flooded by legislation that seeks to play down references to slavery and anti-Mexican discrimination in the teaching of state history.

‘As a historian who studies histories of racist violence, and who studies the long struggle for civil rights and for social justice, it is unsettling every day to see so many of the dangerous patterns from the past repeating,’ Dr. Martinez said.

‘We are living in a moment where there are organized efforts to restrict rights: Voting rights, reproductive rights, you could talk about immigration all afternoon,’ she added. ‘There is so much at stake.’”

During graduate school at Yale, she delved deeper into Texas border violence in an interdisciplinary way with professors such as Joanne Meyerowitz and Alicia Schmidt Camacho, and was a faculty fellow for the Program in Ethnicity, Race, and Migration (ER&M).

>>View this MacArthur Foundation video in which Dr. Martinez discusses her research and the importance of remembering.