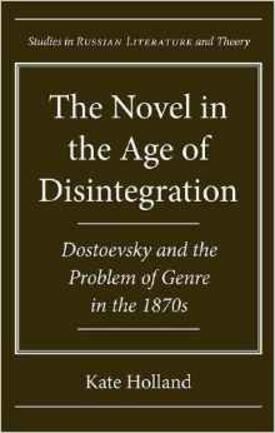 The Novel in the Age of Disintegration: Dostoevsky and the Problem of Genre in the 1870s, by Kate Holland (Ph.D. 2004, Slavic Languages and Literatures), was recently published by Northwestern University Press. In the book, Holland analyzes three novels — Demons (1872),The Adolescent (1875), and The Brothers Karamazov (1880), and a journal, A Writer’s Diary (1881). She argues that all four are shaped by conflicting approaches to literary form: one that embraces fragmentation and the other that demands formal unity. These emerge out of Dostoevsky’s antithetical views about the era in which he lived and wrote, she says. On the one hand, he accepted Russian modernity and its accompanying social and spiritual disintegration. One the other, he sought to deny it, to replace the frightening sense of historical rupture with a vision of national salvation and reintegration. Holland analyzes Dostoevsky’s struggle to adapt his novels to the reality of his era, while maintaining a utopian vision of Russia’s mission.

Before joining the faculty of the University of Toronto in 2009 as an assistant professor of Russian literature, Holland was an assistant professor at Yale. Her research focuses on the relationship between Russian literary works of the second half of the 19th century and the complex historical period in which they were produced. She is particularly interested in the period following the “Great Reforms” of the 1860s and how the Russian novel changed during that era. She has published articles and book chapters on Dostoevsky, Tolstoy, Herzen and Saltykov-Shchedrin. She is currently working on a second book, Literary Tradition, Print Culture, and the Evolution of the Russian Family Novel in the 1870s. 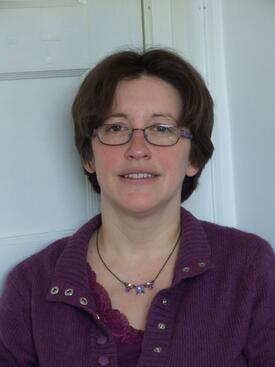 Holland earned her undergraduate degree from the University of Cambridge. At Yale she wrote a dissertation titled “The Novel in the Age of Disintegration: A Genre Study of Dostoevsky’s works, 1873-1881,” advised by Robert Louis Jackson. While a graduate student, she organized two national conferences through the Department of Slavic Languages and Literatures and was an active member of the Graduate School community. As an assistant professor, she served as the Director of Graduate Studies for two years. Holland now lives in Toronto with her husband, Ivan Fernandez Pelaez, also a former assistant professor at Yale, who now teaches Spanish at the University of Toronto, and their two sons, Daniel, 2, and Marco, who was born in February.