Honoring a Leader in Environmental Conservation

The School of Forestry and Environmental Sciences has honored Guillermo Castilleja (MFS, 1983; MPhil 1985; PhD 1991, FES) with its 2016 Distinguished Alumni Award. 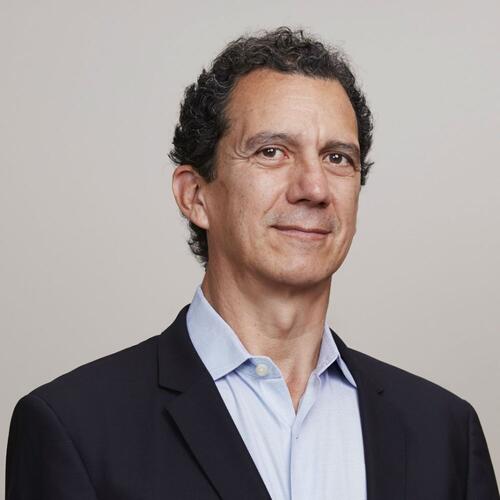 In January 2016, Castilleja became the inaugural senior fellow at the Gordon and Betty Moore Foundation, where he oversees strategy and serves as special adviser to the president. Prior to that, he was chief program officer of the Moore Foundation’s environmental conservation initiatives. He also chairs the steering committee for the Global Alliance for the Future of Food, a coalition of foundations dedicated to improving the sustainability, security, and equity of food systems. In addition, he serves on the Economics and Ecosystems of Biodiversity Advisory Board and the board of the Fondo Mexicano para la Conservación de la Naturaleza, A.C./Mexican Fund for the Conservation of Nature, A.C.

When Castilleja joined the Moore Foundation in 2010, its primary focus was on place-based initiatives: the Amazon Basin, the North Pacific’s wild salmon ecosystems, and other geographical areas. Under his leadership, the Foundation expanded its work to include the global processes that drive natural habitat loss, such as the unsustainable food production processes that have resulted from the explosion of the middle class in emerging economies and elsewhere.

They were “winning some battles, but losing the war,” he says, which motivated the Foundation to take a new approach. They identified the “agricultural and seafood commodities that over the next 30 years are going to be key in determining the fate of many of the ecosystems that we care about. We decided to focus on markets, as opposed to policy or taxes.” Simply put, they “get traders and retailers to agree on cleaning their supply chains from products that have embedded environmental damage, such as tropical deforestation in the case of soy and beef and overfishing and coastal degradation in the case of wild and farmed seafood. Our theory of change is that their commitment, coupled with transparency and accountability built into the supply chain, and support to producers for the transition to better practices, will make production move away from the most nefarious practices in a relatively short timeframe.”

Before joining the Moore Foundation in 2010, Castilleja spent 18 years working with the World Wildlife Fund. His last job there was as executive director for conservation, based in the international headquarters in Switzerland. “Working for WWF gave me the opportunity to visit many different places in the world. The experiences I had shaped a lot of my thinking about conservation and the conviction that not all is lost and that people can make a real difference in protecting our natural heritage when they are committed to do so,” he says. He became involved in this work because he could “easily see in my lifetime the unraveling of significant natural ecosystems ….  I had to decide at some point whether I should stay in academia and make the case for conservation or get out there and do something about it. Action needs knowledge, so it’s not a question of which is more urgent or important, but I felt that my skills would be better used for advocacy.”

Castilleja recalls his years at Yale fondly. He loved living in HGS and became a graduate fellow at Jonathan Edwards College, where he was in charge of inviting speakers like geneticist James Watson and Supreme Court Justice Harry Blackmun.

Born in West Virginia, Castilleja grew up in Mexico City and earned his BS in biology from Universidad Nacional Autonoma de Mexico, where his grandfather had been science provost and the founder of the Institute of Biomedical Studies. Now he is based San Francisco and says that the “best thing about living there is that you can drive for 45 minutes and go hiking in some of the most spectacular natural sanctuaries.”