How and Why Chicago Created Suburbia and Urban Sprawl

Elaine Lewinnek (BA 1995, PhD 2005, American Studies) has published her first book, The Working Man’s Reward: Chicago’s Early Suburbs and the Roots of American Sprawl (Oxford University Press, 2014). The book, based on her dissertation research, traces the history of suburbanization and urban sprawl from the 1860s to the 1920s. The transition began when factories moved out of the city in 1865 and workers followed the factories to the suburban fringe. Early forms of zoning, known as “fire limits,” pushed poorer people out of their neighborhoods, because they couldn’t afford the bricks mandated to rebuild their burned-out wooden homes. Ideas about domestic respectability, strategies for using suburban homes as small businesses, and emerging ideas about race-related property values all further contributed to the early “suburbanization” of Chicago. 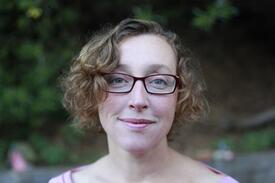 Chicago Magazine recently published “How Chicago Invented the Suburbs,” an interview with Lewinnek about her research. The Urban History Association blogged about her book in “Hot Off the Presses: The Working Man’s Reward,” and Oxford University Press’s blog featured her analysis of the Race Riots of 1919 and their relation to emerging ideas of property values.

Lewinnek is an associate professor of American Studies at California State University, Fullerton. Her research interests include urban history, California cultures, environmental history, race and ethnicity, and public memory. She is currently working on research about suburban Southern California’s disputes over an eighth-grade history textbook in the late 1960s and its connections to the rise of the New Right. 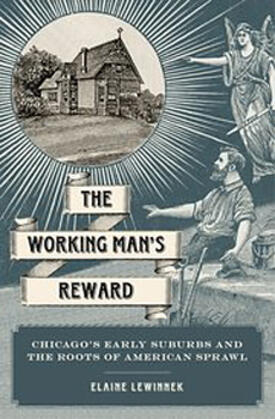 She and her husband, Ben Jones, live in Cardiff-by-the-Sea, California, with their children, Sophie, 7; and Everett, 3. Ben works as a research chemist and is also a mountain biker.

Lewinnek grew up in Newton, Massachusetts, and earned her under- graduate degree from Yale. Her dissertation, “Inventing Suburbia: Working-Class Suburbanization in Chicago, 1865-1919,” was advised by Jean-Christophe Agnew, Michael Denning, Dolores Hayden, and Matthew Frye Jacobson. As a graduate student, she was a fellow at the McDougal Center, the Graduate Teaching Center, and Yale’s Urban Resources Initiative. She also helped found ElmCityCycling, working closely with the Devil’s Gear Bike Shop and New Haven’s City Planning Department to bring bike lanes and other bike-friendly policies to New Haven.