An International Perspective in the Elm City 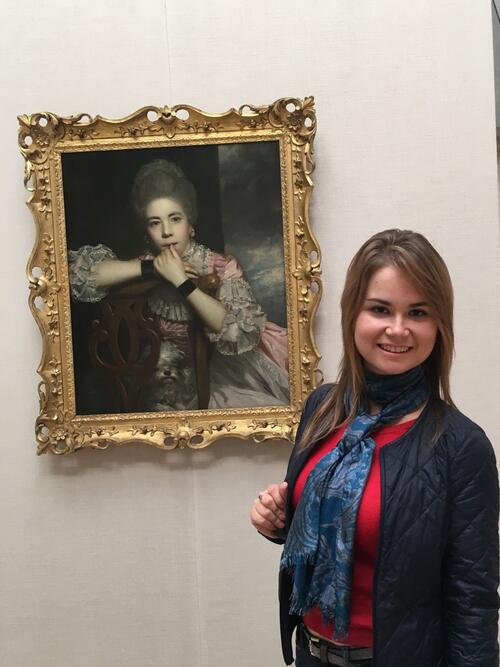 When Darya Smirnova, originally from Odessa, Ukraine, and educated at St. Andrews University in the U.K., arrived at Yale, she wondered if all of her international experiences had prepared her for the rigors of graduate study.

“At St. Andrews, lectures were much more common. I was always lucky enough to have very open, very approachable professors there but at Yale, the seminar model is so much more common for graduate study,” she said. “That’s something that seems special to me about Yale: in seminar, I’ve become more confident expressing my thoughts and critiquing the received wisdom of the readings and scholars we’re engaging with. I came into this program with strong views about the political situation in Ukraine and Eastern Europe, and through my seminars at Yale, I’ve found that my thinking and positions have become more complex, more nuanced.”

While at St. Andrews, Smirnova focused on art history and briefly considered working in the private sector. The ongoing war in her home country of Ukraine, however, and her interest in political science and international relations helped to change her mind. This interest led her to apply to the Yale Master’s program in European and Russian studies. The presence of all-star professors on faculty like Timothy Snyder, a major scholar of Eastern European history, solidified her decision to apply.

“When I got here, I was kind of star struck, but something you learn at Yale very quickly is that academic celebrities are people too. I had this image in my mind of these scholars, whose books I had read, but then I found myself standing next to them, laughing, drinking wine at a social event and I realized how approachable they could be too,” she said. “To some extent, that’s challenging for me, having direct contact with these major thinkers, but it’s also empowering. You can go into their office, and they listen to you, and they’re interested in helping you with your ideas.”

In addition to carrying a challenging course-load of graduate-level seminars in political science, literature, anthropology, and more, Smirnova is a member of the Graduate and Professional Student Senate. 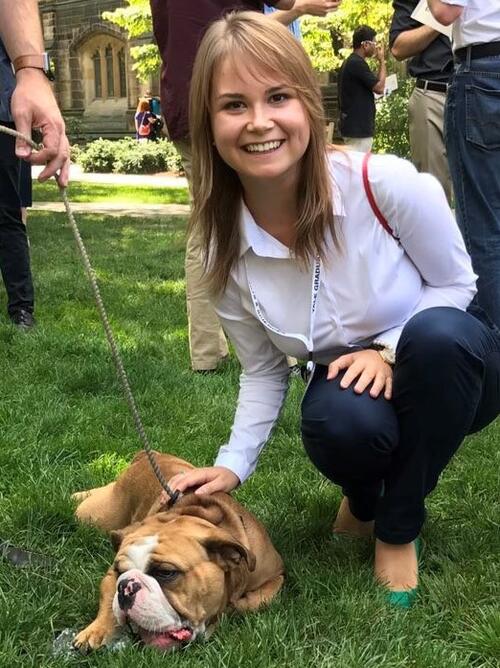 “Coming to Yale, I was afraid that in such a big community, there wouldn’t be a big push to plan social events. But since becoming a senator for the GPSS and working on social events, I’ve seen that there are tons of opportunities to socialize and meet people outside of your own discipline,” Smirnova said.

“Darya contributed to my course, ‘Slavic Languages and Peoples,’ in so many valuable ways,” said Harvey Goldblatt, Professor of Medieval Slavic Languages and Literatures. “On the one hand, she brought to each class the international spirit and tolerance of her native city of Odessa. As a bilingual and bicultural citizen of Ukraine, she imparted to the course an acute awareness of the concept of ‘national identity’ and the prestige that a modern nation derives from the dignity of both its modern language and its premodern linguistic tradition. By focusing on the motif of Ukrainian nationalism against the backdrop of Russian ‘domination,’ Darya helped shed light on an entire range of issues that emerge when we examine the complex ‘unity and diversity’ that mark each region of the Slavic world. Her perceptive treatment of the ongoing war in Ukraine and its distinctive mechanisms aided us in making better sense of the tragic conflict.”

Yale even affords Smirnova the opportunity to experience American undergraduate life. She works for Yale College in a pilot program, providing additional logistical support for undergraduate safety and wellness at large events, including the 2017 Yale-Harvard game, her first experience of American football.

“It’s not football, and I don’t understand it at all,” she admitted with a grin. “But it feels really special to get this glimpse into American collegiate life.”