Gradcast (http://gsa.yale.edu/news/yale-gradcast-gsa-podcast), an initiative organized by the Graduate Student Assembly (GSA), launched its first digital audio file in January. In the months that followed, Gradcast has presented podcasts on topics ranging from the unionization of graduate students (“Inside the Hearing”) to one on the live music scene in and around New Haven (“Fantastic Beats and Where to Find Them”).

Ten students from GSAS meet every other week to pitch ideas and coordinate progress on the episodes in production. Most, but not all, are GSA members. 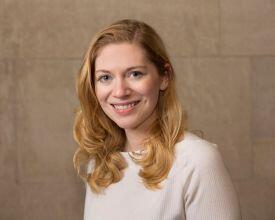 “We are trying to share the experience of being a graduate student,” says Alicia Steinmetz (Political Science), chair of the GSA Public Relations Committee. “Graduate study can be very isolating, and we want people to know they aren’t alone in what they may be thinking or feeling and the challenges they may be facing.”

Because GSA members have access to information not readily available to the student body as a whole, “We wanted to find a way to share that privileged access with our constituencies in a format that would be easier to consume than reports or emails,” Steinmetz says. “Most of us are really avid podcast listeners, and we were excited at the prospect of using the medium to help serve our work in GSA.” 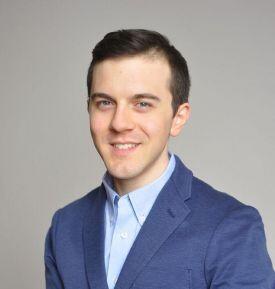 Nicholas Vincent (Microbiology), current chair of the GSA, was head of the Public Relations Committee for several years, and one of his priorities is creating better lines of communication with Graduate School community.

“We’re really excited about this project because it’s giving us a chance to communicate with our fellow students in a way that’s more than just sending an email newsletter or posting an advertisement on Facebook,” Vincent says. “Our goal is to reach as many students as possible and to get out as much information as possible. We’re trying help everyone have access to the same information in a new and exciting format.” 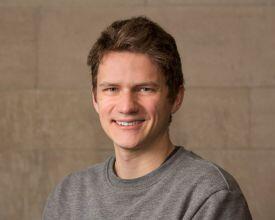 The first episode, “Brainsss,” is an entertaining audio tour of the Cushing Center, a small museum in the Cushing/Whitney Medical Library that contains 450 jars of brains (or parts of brains), along with medical specimens, haunting photos of brain surgery patients, and memorabilia about groundbreaking neurosurgeon Harvey Cushing. In this podcast, Steinmetz and co-producer Matthew Shafer (Political Science), pictured at right, join Terry Dagradi, Cushing Center coordinator. She shows them around and tells them the origins of this odd collection and how, after years in an all-but-forgotten basement storage area, it was given a proper home.

“I was a Yale undergrad before I returned for the PhD, but somehow in six years I'd never made it to the brain room,” Shafer says. “It was fascinating to see such an unusual, unique space; and it's this kind of episode — highlighting the little-known and wonderfully bizarre details of Yale and New Haven — that I'm most excited about making. The podcast is a way to help grad students discover sides of the university they might never have thought about before.”

The second podcast, “Inside the Hearing,” released on January 26, is a scrupulously impartial presentation about the recent National Labor Relations Board decision to allow teaching fellows in some departments at Yale to vote for or against joining a union. Steinmetz and Patrick Dunn (Cellular and Molecular Physiology) present arguments for and against the issue.

“We attempt to share information in such a way that multiple viewpoints on any issue can be given their fullest articulation, subject to time and resource constraints,” Steinmetz says.

The organizers assert that “All views expressed here are those of the students who produced this podcast or the individuals interviewed; they are not the official positions, statements of advice, opinion or information of Yale University nor are they screened, reviewed, or endorsed by Yale University,” according to the Gradcast website.

The third episode, “Science and Identity,” was released in February. “How much does your identity matter for your work? How much should it matter?” the podcast asks, and focuses on oSTEM, an organization dedicated to promoting and fostering leadership for LGBTQ+ communities in the STEM fields.

“Fantastic Beats and Where to Find Them” was posted at the end of March, and an episode on campus activism went public during the last week of April. This year’s final podcast was released in mid-May on the topic of childcare. Over the summer, the team will produce new content for next year.