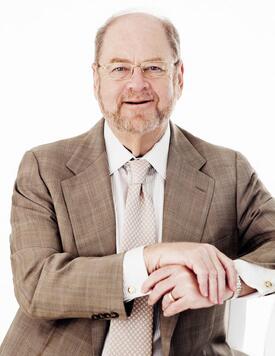 This is an addition to the story originally published on 10/07/2013: In 2017 James E. Rothman, was appointed as a Sterling Professor of Cell Biology. A Sterling Professorship is one of the university’s highest faculty honors.

James E. Rothman, ’71 B.A., the Fergus F. Wallace Professor of Biomedical Sciences, and professor and chair of the Department of Cell Biology at Yale University, was awarded the 2013 Nobel Prize in Physiology or Medicine for his work on how molecular messages are transmitted inside and outside of our cells, the Nobel Assembly at Karolinska Institute announced today (Oct.7).

Rothman, who is also professor of chemistry at Yale, shares the prize with Randy Schekman of the University of California, Berkeley and Thomas Südhof of Stanford University. Schekman and Südhof are also affiliates of the Howard Hughes Medical Institute.

Rothman helped reveal the mechanism that allows information-containing cellular compartments called vesicles to transmit information both in the interior of the cell and to the surrounding environment. The fusion of vesicles and cellular membranes, a process called exocytosis, is basic to life and occurs in organisms as diverse as yeast and humans. Exocytosis underlies physiological functions ranging from the secretion of insulin to the regulation of the brain neurotransmitters responsible for movement, perception, memory, and mood.

However, this process was barely understood 40 years ago when George Palade, at The Rockefeller Institute for Medical Research first showed that proteins shuttled between cellular compartments.

“My life’s work on membrane trafficking in cells was inspired by the discoveries of George Palade, who founded Yale’s cell biology department in 1973, and indeed founded the field of cell biology as we know it today,” said Rothman in 2008, when he was hired by Yale from Columbia University to head the department Palade created.

Scientists soon discovered that vesicles containing protein cargoes bud from the membranes of compartments inside the cell, and then fuse with another membrane inside the cell or with the cell’s outer membrane to release their cargo. But in the late 1970s when Rothman started working in the field, no one understood exactly how the cell creates and maintains such an elaborate information trafficking system. Rothman decided to try to unravel these mechanisms biochemically in a “cell-free” system, breaking down each step in the process and recreating it in the laboratory. Many scientists believed it would be impossible to isolate each of these mechanisms outside the cell.

“Jim Rothman is one of the most brilliant researchers of our time,” says Dr. Robert J. Alpern, dean and the Ensign Professor of Medicine at Yale School of Medicine. “When he started his career, a number of successful biochemists were recognizing the importance of studying molecular processes in cell-free systems, but no one imagined that you could study vesicle trafficking in a cell-free system. Jim had the courage to try and the skills to succeed, and this bold approach revolutionized the field.”

Over the years, Rothman and other scientists have described in great detail the genes and enzymes responsible for the budding of vesicles and their fusion in membranes.

“The experimental approaches that he pioneered to study these processes, such as the use of broken cells and purified cell components in artificial systems, demonstrated that a cell’s life could be studied with the tools of biochemistry,” said Pietro de Camilli, the Eugene Higgins Professor of Cell Biology and professor of neurobiology at Yale. “Jim's discoveries and ideas have helped shape modern membrane biology, both by revealing new principles and by framing new questions.”

Rothman, who serves as director of the Nanobiology Institute on Yale’s West Campus, has received numerous honors, including the Louisa Gross Horwitz Prize, the Lasker Award for Basic Medical Research, and the Kavli Prize in Neuroscience. 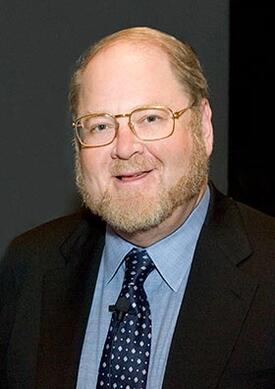 Rothman graduated summa cum laude from Yale College in 1971 with a degree in physics. He earned a Ph.D. in biological chemistry from Harvard Medical School in 1976. He then spent two years as a postdoctoral associate in the laboratory of Harvey F. Lodish, a preeminent biochemist at the Massachusetts Institute of Technology. In 1978, Rothman moved to the Department of Biochemistry at Stanford School of Medicine as an assistant professor. He continued his research at Princeton University from 1988 until 1991, when he became the founding chair of the Department of Cellular Biochemistry and Biophysics at Memorial Sloan-Kettering Cancer Center in New York and vice chair of the Sloan-Kettering Institute. He subsequently joined Columbia University’s College of Physicians and Surgeons, where he was a professor in the Department of Physiology and Biophysics, the Clyde and Helen Wu Professor of Chemical Biology, and director of the Columbia Genome Center.