Assistant Professor in the Religious Studies Department in collaboration with the Center for Comparative Studies in Race and Ethnicity at Stanford
December 2, 2014 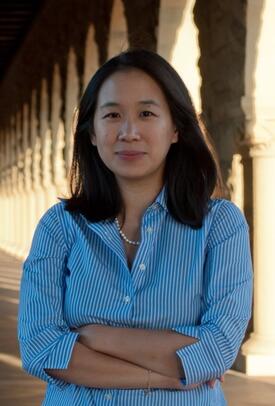 Kathryn Gin Lum (PhD 2010, History), assistant professor of Religious Studies at Stanford University, has authored Damned Nation: Hell in America from the Revolution to Reconstruction (Oxford University Press, 2014). The book is based on her dissertation, which was titled “Damned Nation? The Concept of Hell in American Life, 1775-1865” and advised by Jon Butler, Harry Stout, John Mack Faragher, and Carlos Eire.

In Damned Nation, Lum analyzes how the widespread belief in hell influenced Americans’ perceptions of themselves and the rest of the world in the first century of nationhood. During that period, Americans lived with the fear of seeing themselves and people they knew eternally damned. “Saved” vs. “damned” was a significant social category, along with gender, class, and race, Lum explains. She analyzes the writings of influential religious leaders like Jonathan Edwards and Charles Finney, as well as the views of ordinary women and men, including Native Americans, Americans of European and African descent, residents of Northern insane asylums and Southern plantations, New England’s clergy and missionaries overseas, and more. She asks why the fear of hell survived the Enlightenment in America after largely subsiding in Europe, and argues that beneath Americans' well-known optimism lurked a pervasive anxiety: rather than being favored by God, they and their nation might be the object of divine wrath. The threat of damnation became an impetus for or deterrent from all kinds of behaviors, from reading novels to owning slaves.

An excerpt from Damned Nation recently appeared on Salon.com, and The Wall Street Journal published Lum’s “Five Best Books on Hell in American Culture.” Religion Dispatches posted “How Hell Has Shaped America,” an interview about the book, and Aeon Magazine ran an essay by Lum about hell’s long history. Library Journal states that “This thought-provoking work that illuminates America’s distinct moral and religious self-understanding is ideal for anyone concerned with the convergence of morality and culture,” while Kirkus Reviews calls it “An elucidating study of why hell continued to matter in early America.” The Daily Beast notes that “one of the more subtle joys of Lum's book lay in discovering just what enthralling writers these hellfire theologians could be.” 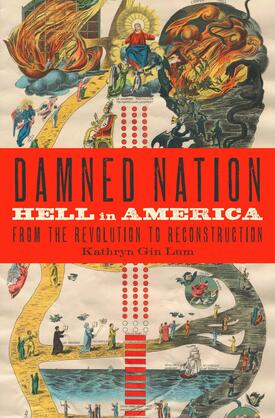 Lum is currently co-editing the Oxford Handbook of Religion and Race in American History and working on a second project on the intersections of race, religion, and technology in the history of the “heathen” in America.

Originally from Concord, California, Lum earned her bachelor’s degree from Stanford. At Yale, she held a Richard J. Franke Fellowship and a Howard R. Lamar Center for the Study of the American West Research Fellowship as well as research fellowships from the Beinecke Rare Book and Manuscript Library. Her dissertation won the Edwin W. Small Prize in American history. In addition to her research, she helped to coordinate the American Religious History Workshop at Yale. She taught at Princeton University from 2010 to 2012 before joining the Stanford faculty, where she holds an appointment in collaboration with the Center for Comparative Studies in Race and Ethnicity and is an affiliate of History, American Studies, and Asian American Studies.

Lum lives in Woodside, California, with her husband, Nick, and their baby daughter, Phoebe.