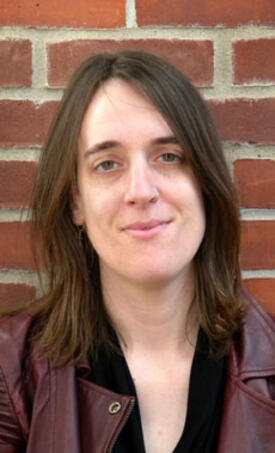 Kathryn Lofton is a historian of religion with a particular focus on the cultural and intellectual history of the United States. Her archival expertise is in the post-Civil War era, but her research draws upon the histories and anthropology of religions in the U.S. from pre-contact to the present in order to elucidate the meanings of and relationships between religion, modernity, and the secular. This research focuses scholarly attention on the public affects, intimate desires and corporate entities that have influenced—and are in turn influenced by—religious activity. Her book, Oprah: The Gospel of an Icon (2011) used the example of Oprah Winfrey’s multimedia productions to analyze the nature of religion in contemporary America. Recent essays have explored the relationship between religious history and religious studies; the office cubicle as a religious artifact; the modernist-fundamentalist controversies; and the challenges attendant to the religious studies classroom. During her time at Yale, Professor Lofton has served as an editor-at-large for the Immanent Frame; she has co-curated (with John Lardas Modern) a collaborative web project titled Frequencies; and she has hosted several conferences, including one on the Roman Catholic sex abuse crisis. She is currently researching several subjects, including the sexual and theological culture of early Protestant fundamentalism; the culture concept of the Goldman Sachs Group; and the religious contexts of Bob Dylan. For her work at Yale she has won the 2010 Poorvu Family Award for Interdisciplinary Teaching, the 2013 Sarai Ribicoff Award for the Encouragement of Teaching at Yale College, and the 2013 Graduate Mentor Award in the Humanities.