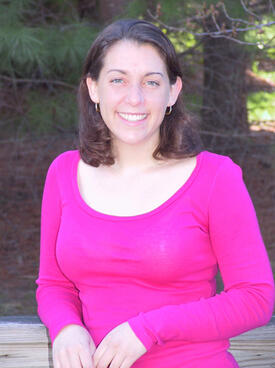 Rachel Scheinerman (Religious Studies) won the Mark and Ruth Luckens International Prize, awarded by the University of Kentucky for the best unpublished essay on a topic in any area of Jewish thought and culture by a graduate student or recent Ph.D. Rachel's winning paper, “ ‘The Scepter Shall Not Depart from Judah’: Jewish and Christian Messianic Interpretation of Genesis 49:10,” focuses on interpretations of the Biblical blessing that the Israelite patriarch Jacob gives to his son Judah.

“The blessing is very difficult to understand, not only for us today, but even for ancient readers. This essay traces how Jews and Christians interpreted the cryptic verse, finding that over time Jews may have learned to think about the verse messianically from Christians, and Christians justified their own messianic interpretations by using Jewish sources,” she says. The essay was written for a course in Medieval Jewish history and is not part of her dissertation, which deals with the interaction of Judaism and Christianity at a much earlier period.

Rachel is in Jerusalem this year, researching how the Jewish holiday of Passover evolved after the destruction of Jerusalem and its Temple in 70 C.E. While the Temple stood, Jewish worship, including Passover rituals, revolved around a sacrificial cult in Jerusalem.

“After the Temple was destroyed by the Romans, Judaism evolved into a tradition that did not rely on sacrifice, and one of the ensuing innovations was the Passover seder, still a central part of Jewish practice today. I’m investigating the earliest traditions of Passover meals after the destruction of the Temple, trying to understand them in the context of other ancient Mediterranean religions, including Roman religion and Christianity – especially early Easter traditions, which evolved out of the Jewish Passover.”

Rachel earned her undergraduate degree from Yale and a master’s degree from Harvard Divinity School. Her dissertation advisers are Steven Fraade and Christine Hayes.

She earned her undergraduate degree from Wellesley College. 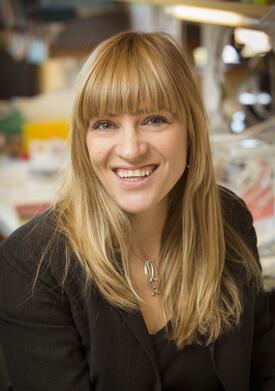 Sashka Dimitrievska (Biomedical Engineering) and Alice Qinhua Zhou (Molecular Biophysics & Biochemistry) have won HHMI International Student Research Fellowships. HHMI's program supports outstanding international predoctoral students studying in the United States who are ineligible for fellowships or training grants through U.S. federal agencies. These three-year fellowships fund years three, four, and five of a Ph.D. program. Over 400 students were invited to apply for the grants, and only 50 were awarded.

Sashka, who hails from Canada, earned her master’s degree in Biomedical Engineering at the Ecole Polytechnique de Montreal, where she became interested in biomaterials for tissue engineering. She then worked as a research officer at the National Research Council of Canada, leading a small laboratory that focused on designing surface modifications on biomaterials. At Yale, Sashka joined Laura Niklason’s lab with the aim of designing off-the-shelf tissue engineered vessels “to replace biological vascular components with chemical moieties for patient transplantation. In a time when stem cells based therapies are ‘hot,’ getting support for a project that aims to circumvent cell-based approaches has been very encouraging,” she says. The goal of this research is to eliminate patient-specific waiting time for vascular grafts. 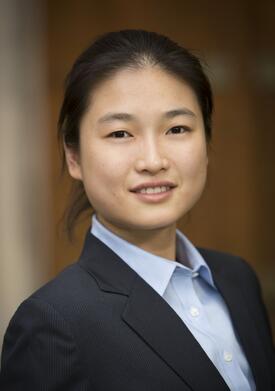 Alice, a native of China, earned her B.S. in life sciences from Fudan University in Shanghai. Her research, working with Corey S. O’Hern, associate professor of mechanical engineering and physics, and Lynne J. Regan, professor of MB&B and chemistry, uses simple hard sphere models. “Think of atoms as oranges that can’t cross each other,” she says, “to understand the structure and dynamics of proteins and protein-protein interactions and to rationally design protein interfaces with tunable specificity and affinity.” This work is expected to have practical applications in biomedicine.

In addition to her research, Alice is chair of the Yale Graduate Student Consulting Club, which prepares students for careers in management consulting through case competitions, interview workshops, networking programs, and recruiting events.