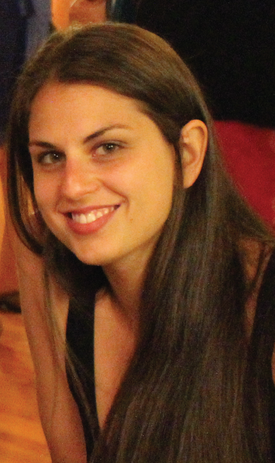 Yekaterina Rokhlenko (Engineering and Applied Science) has been awarded a three-year fellowship from the National Physical Science Consortium (NPSC) and the National Institute of Standards and Technology (NIST). NIST is part of the U.S. Department of Commerce.

Born in Kiev, Ukraine, Rokhlenko  moved with her family to New Jersey when she was two years old. She earned her undergraduate degree in chemistry from Cornell University and came to Yale because “it seemed like a good fit in both research and environment. I was attracted to the program here because chemical engineering was coupled to environmental (usually it is stand-alone),” and studying polymers “seemed like a good transitioning research topic from chemistry to chemical engineering. I liked that Yale had a large graduate population compared to undergraduate, and that New Haven was a vibrant city with theater and museums, close to Boston and NYC.”

Her adviser is Associate Professor Chinedum Osuji. In his lab, she uses magnetic fields to influence the structure of polymers and create large, ordered areas.

“We have a very strong electromagnet in the lab, capable of going up to 6 Tesla. As a comparison, most MRI machines are 1-3 Tesla,” she says. “We study the effect of magnetic fields on certain responsive diblock copolymers (a type of polymer, where two different polymer chains are covalently bonded to each other).” They heat and cool the polymers and monitor changes with an X-ray scattering instrument, while controlling the magnetic field from 0-6 Tesla.

Rokhlenko will undertake an internship at NIST, where her mentor will be Edwin Chan, research engineer at the Material Measurement Laboratory of NIST. His specialization is polymer films, membranes, and networks.

When not working on her research, Rokhlenko likes to play pickup volleyball at the gym, rock climb, and swim. She was injured this summer, but during the previous two summers, she also trained and raced in a sprint triathlon. 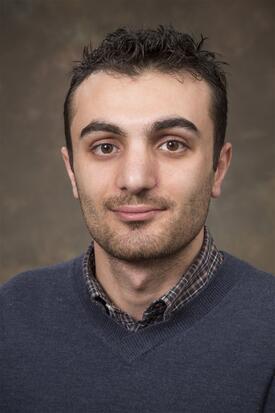 Faruk Akkus (Linguistics) studies minority languages in Turkey, where Turkish is the official language, but culturally diverse communities speak a range of other tongues, including several dialects of Arabic as well as Kurdish (aka Kurmanji), Armenian, Zazaki (aka Dimli), and many more. Within Turkey, four Anatolian varieties of Arabic are spoken by around two hundred thousand people. The total population of Turkey numbers almost 76 million.

Akkus’ first book, forthcoming from Brill in its Studies in Semitic Languages and Linguistics series, is titled Sason Arabic: A Typological and Theoretical Perspective. The book takes a descriptive and theoretical approach to Anatolian Arabic dialects, with a focus on one variety, spoken by approximately three thousand people, primarily in the Batman Province of eastern Turkey. The book describes this previously unstudied dialect and provides theoretical analyses for certain phenomena in the language in comparison with other Anatolian Arabic dialects. It also pays special attention to syntactic changes caused by contact with unrelated surrounding languages, such as Turkish and Kurdish.

Akkus was born in the Bitlis province in eastern Turkey, where he learned to speak both Sason Arabic and Zazaki. When he was five, his family moved to Istanbul, and he acquired Turkish as his third native language. In the years since, he has learned English, Spanish, and German. He ascribes his interest in linguistics to being raised “in a multilingual family and environment, where people would switch between languages.” A required undergraduate linguistics course at Bogazici University in Istanbul cemented his interest, and he majored in Translation and Interpreting Studies.

At Yale, Akkus has been working on several projects, some of which focus on Sason Arabic and Arabic dialects spoken in non-Arab countries, but he has not yet decided on a topic for his dissertation.

When not studying, he likes to go to the movies and hang out with friends, but he admits that “most of the conversation topics end up being linguistics again.” He also likes to try different cuisines and discover new dishes, inspired by his mother, who was a professional cook. He too worked as a cook, when he lived in Gatlinburg, Tennessee, on a “Work and Travel” program run by the Council on International Educational Exchange.

Launching an Educational Foundation in Burundi

Wendell Adjetey (History and African American Studies) and Etienne Mashuli (African Studies) have won a highly competitive fellowship from Echoing Green, a global nonprofit organization, to launch the Tujenge Africa Foundation in Burundi. More than 3,500 projects were submitted to Echoing Green for funding; only 52 were chosen. 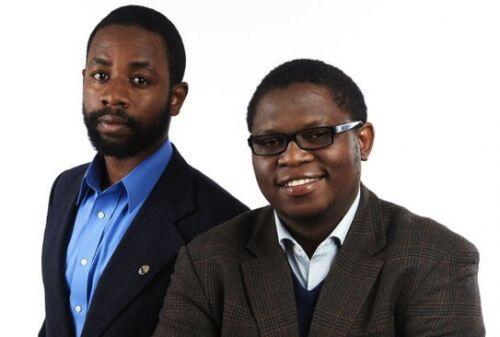 Adjetey and Mashuli will use the grant to launch the Tujenge Africa Foundation and establish the first English language preparatory school and public library in Bujumbura, Burundi. Echoing Green will provide seed funding, mentoring, and leadership opportunities for two years.

Mashuli was born in Rwanda and moved to the United States in 2007, when he won a full scholarship to attend North Central College in Illinois. He earned the Senior Man Award – the highest honor bestowed on a graduating student – and was named “Outstanding Senior in Political Science.” In 2010, Etienne was invited to cover the high-level UN Millennium Goals discussions as an Oxfam Voice Fellow. He is a member of the Oslo Freedom Forum, a human rights organization dubbed the “Davos for Dissidents,” and is a senior fellow with Humanity in Action. Mashuli was awarded a Paul and Daisy Soros New American Fellowship to support his master’s degree studies at Yale. He has extensive teaching experience working with underprivileged high school students in New Haven and the Democratic Republic of the Congo (DRC).

Adjetey was born in Ghana and immigrated to Canada as a child. His dissertation, advised by Professors Glenda Gilmore and Jonathan Holloway (now Dean of Yale College), examines the civil rights and labor activism of people of African descent in Toronto, Windsor, Buffalo, Chicago, and Detroit from 1928 to the end of the 1960s. In 2014, he won a Pierre Elliott Trudeau Foundation fellowship, the most prestigious doctoral award for the social sciences and humanities in Canada. He was also a member of the inaugural cohort of Diplomacy and Diversity Fellows, awarded by Humanity in Action (HIA), an international educational organization, in 2014. HIA brought 24 American and European graduate students together to discuss diplomacy and international affairs through the lenses of diversity, pluralism, and democracy.

Before coming to Yale, Adjetey worked as a case manager for a federally funded gang intervention program in Toronto. Prior to that, he founded and led the Forster Terrace After School program for marginalized teenagers. He has conducted both independent and collaborative research on child soldiering in Sierra Leone, nuclear proliferation, child welfare in Ontario, and education policy in Canada.

Echoing Green’s mission is to build a global community of emerging leaders who are engaged in social change. To date, the organization has supported almost 700 initiatives. Echoing Green Fellows include the founders of Teach For America, City Year, One Acre Fund, the Global Fund for Children, and SKS Microfinance, among many others.