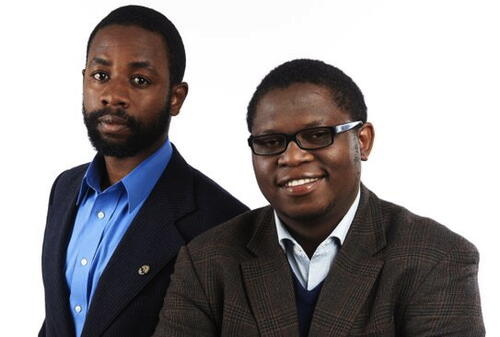 Wendell Adjetey (History and African American Studies) and Etienne Mashuli (African Studies) have won a highly competitive fellowship from Echoing Green, a global nonprofit organization, to launch the Tujenge Africa Foundation in Burundi. More than 3,500 projects were submitted to Echoing Green for funding; only 52 were chosen.

Adjetey and Mashuli will use the grant to launch the Tujenge Africa Foundation and establish the first English language preparatory school and public library in Bujumbura, Burundi. Echoing Green will provide seed funding, mentoring, and leadership opportunities for two years.

Mashuli was born in Rwanda and moved to the United States in 2007, when he won a full scholarship to attend North Central College in Illinois. He earned the Senior Man Award – the highest honor bestowed on a graduating student – and was named “Outstanding Senior in Political Science.” In 2010, Etienne was invited to cover the high-level UN Millennium Goals discussions as an Oxfam Voice Fellow. He is a member of the Oslo Freedom Forum, a human rights organization dubbed the “Davos for Dissidents,” and is a senior fellow with Humanity in Action. Mashuli was awarded a Paul and Daisy Soros New American Fellowship to support his master’s degree studies at Yale. He has extensive teaching experience working with underprivileged high school students in New Haven and the Democratic Republic of the Congo (DRC). 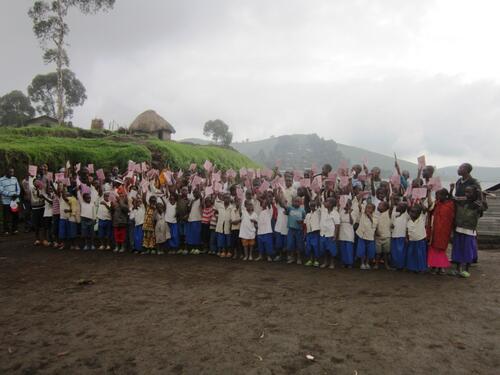 Adjetey was born in Ghana and immigrated to Canada as a child. His dissertation, advised by Professors Glenda Gilmore and Jonathan Holloway (now Dean of Yale College), examines the civil rights and labor activism of people of African descent in Toronto, Windsor, Buffalo, Chicago, and Detroit from 1928 to the end of the 1960s.

In 2014, he won a Pierre Elliott Trudeau Foundation fellowship, the most prestigious doctoral award for the social sciences and humanities in Canada. He was also a member of the inaugural cohort of Diplomacy and Diversity Fellows, awarded by Humanity in Action (HIA), an international educational organization, in 2014. HIA brought 24 American and European graduate students together to discuss diplomacy and international affairs through the lenses of diversity, pluralism, and democracy.

Before coming to Yale, Adjetey worked as a case manager for a federally funded gang intervention program in Toronto. Prior to that, he founded and led the Forster Terrace After School program for marginalized teenagers. He has conducted both independent and collaborative research on child soldiering in Sierra Leone, nuclear proliferation, child welfare in Ontario, and education policy in Canada.

Echoing Green’s mission is to build a global community of emerging leaders who are engaged in social change. To date, the organization has supported almost 700 initiatives. Echoing Green Fellows include the founders of Teach For America, City Year, One Acre Fund, The Global Fund for Children, and SKS Microfinance, among many others.