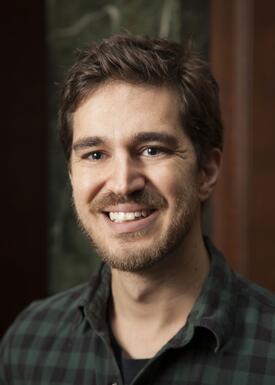 Len is writing a dissertation exploring how American novelists, including Ernest Hemingway, Raymond Chandler, and William S. Burroughs, used the verbal, behavioral, and dress styles attached to the figure of the dandy. Titled “Macho Dandies: Masculine Charisma and the Aestheticist Inheritance,” his research is advised by Amy Hungerford, Katie Trumpener, and Sam See. He is currently working on the uses of decadence in science fiction, “a characteristic trait of which is to biologize the decadent dandy – think of the Eloi in H.G. Wells’s The Time Machine,” he says. He traces this motif back to Thomas Carlyle’s satiric fantasy, Sartor Resartus, in which the Victorian essayist “imagines all of humanity drawn off into two poles, a ‘dandiacal sect’ and a ‘drudge sect.’ In this tongue-in-cheek apocalyptic fantasy, the ensuing class war will rend the universe.” His interest in the topic “owes a lot to a graduate seminar I took in my first year at Yale: Tanya Agathacleous’s “Victorians to Moderns,” which got me thinking a lot about dandies, decadence, and degeneration. And in one of Wai Chee Dimock’s seminars, I first read Raymond Chandler’s detective fiction and couldn’t believe how good it was. In the security of my ignorance, I’d previously disdained the genre!”

Len’s essay, “The Poetics of the Feral: Caspar Hauser and Melville’s Pierre,” was recently accepted for publication in Leviathan: A Journal of Melville Studies. Originally from Baltimore, he graduated from Bard College. 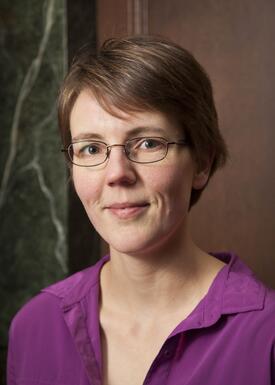 Julia von Bodelschwingh has had a long-standing interest in the relationship between free will and morality. She ponders questions like: “If human beings are capable of free agency and moral responsibility while animals are not, what precisely explains this difference? Does it justify treating animals completely differently from human beings?” During coursework at Yale, she discovered that the German polymath Gottfried Wilhelm Leibniz (1646–1716) had “a particularly sophisticated and promising theory of freedom that has not received the attention it deserves and that is often misunderstood. I decided to take a look at it from a fresh and unusual perspective: the similarity between human beings and God with respect to free agency.” In her dissertation, “Finite Minds as Little Gods: Leibniz on Final Causation and Freedom,” advised by Michael Della Rocca and John Hare, she argues that for Leibniz, “the difference between human beings and animals consists principally in a special type of end-directed agency, which also constitutes a major similarity between human beings and God.” An article titled “Leibniz on Concurrence, Spontaneity, and Authorship,” which forms part of her dissertation, was published last year in the journal The Modern Schoolman. Julia earned her undergraduate degree at the University of Göttingen (Germany). 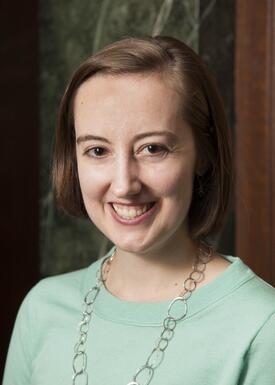 Julia Doe is studying the impact of a popular form of musical theater (opéra-comique) on the development of national operatic style in late eighteenth-century France. Her dissertation, titled “French Opera at the Italian Theater (1762-1793): Nationalism, Genre, and Opéra-Comique,” is based on extensive archival research that she undertook as a Fulbright Fellow in Paris. “I examine both the music of comic opera and the cultural forces that shaped its development and reception,” she explains. “I was drawn to opéra-comique of this period for the myriad ways in which these works stretch the boundaries of genre. These operas contain a fascinating mix of ‘highbrow’ and ‘lowbrow’ music, serious and comic elements, and spoken dialogue and song.” Her project offers “a new perspective on one of the most important aesthetic debates of the ancien régime – the quarrels over French and Italian music – while simultaneously addressing broader questions concerning the role of popular genres in the discussion and definition of national art.” Ellen Rosand is her adviser.

Julia grew up in Seattle and attended Whitman College in Walla Walla, Washington, where she majored in violin performance. She continues to play chamber music while pursuing her scholarly work. 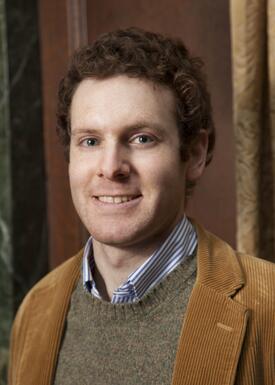 Josh is writing a dissertation titled “Los Angeles Documentary and the Production of Public History, 1958-1977,” advised by Charles Musser. “Los Angeles has a reputation as a kind of ‘dream factory’ of fiction films, both because it’s the center of the American entertainment industry, and because there are many powerful economic and social forces at work to try to erase, mythologize, or mask the city’s own historic past,” he says. “And then I came across a film called Wattstax from 1973. It’s a documentary about a concert in Los Angeles, but it’s also a stunning portrait of a community’s past and present. I was blown away by the film and looked into everybody who was involved with it. Before I knew it, I was finding lots of interesting projects that these people worked on. Los Angeles has received scant attention as a place for post-World War II nonfiction filmmaking, but the unique human and technical resources of the city’s media industries and the dense mix of races, ethnicities, and cultures made it a dynamic center for documentary film and television.” His dissertation explores innovative commercial documentaries and lesser-known independent works from the election of John F. Kennedy to the American Bicentennial. He calls these films “contentious forms of public history,” noting that some “propelled a reinvigorated Cold War cultural liberalism,” while others “challenged its contradictions, pitfalls, and inadequacies, on both a local and national scale.”

Josh’s writing has appeared in Film History and The Moving Image. He is currently collaborating with the Wadsworth Atheneum Museum of Art on the traveling exhibition, “Coney Island: Visions of an American Dreamland, 1861-2008.” He earned his undergraduate degree at Cornell University. When not viewing, analyzing, and writing about films, he loves to juggle.