Literature that Flourished Despite Dictatorship 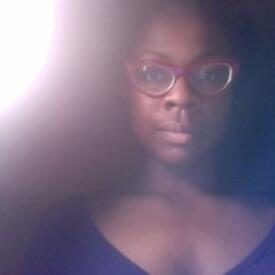 Nathalie Batraville (French) is studying Haitian literature during the regime of François “Papa Doc” Duvalier, which extended from 1957 to 1971. Duvalier and his son Jean-Claude “Baby Doc”, who took over on his father’s death, were dictators who used the Tonton Macoutes – a special unit within a paramilitary force under their direction – to kidnap, torture, and kill up to 30,000 political opponents. Both leaders were backed by the U.S. government, financially and logistically, in an attempt to prevent the spread of Communism to the region.

Batraville’s own parents left the island for Quebec in the late 1970s, when the regime was “invested in securing power through fear and death. A 1973 report by Amnesty International called the Duvalier regimes’ prisons ‘death traps’ and compared them to Nazi concentration camps,” she says.

“Despite censorship and repression, the 1960s saw what critic Joseph Ferdinand described as ‘the greatest blossoming of writers and literary works’ in the country’s history.” Batraville focuses on poets and novelists who came of age and began to write in the early to mid-60s, when “the dictatorship was becoming more and more brutal.” During this same period, “starting in 1964, the country saw new waves of mass migration to North America, Europe, and newly independent countries in Africa, beginning with intellectuals, politicians, and professionals. By the 1970s, the compounded effect of continuous and increasing migration was destroying the country’s economy and ability to sustain itself. Haiti was also experiencing the effects of social, economic, and military restructuring instituted during the first U.S. occupation of Haiti (1915-1934), which included the implantation of American and Canadian banks, the centralization of major government institutions in the capital, as well as expropriations.”

Her interest in the subject began when she was at Queen’s University in Ontario, working on a master’s degree thesis on the Haitian poet Jacqueline Beaugé, who now lives in Canada. Her doctoral dissertation, advised by Christopher Miller, expands on that topic. Part of her dissertation will center around Beaugé and the poets in her social and literary network, including an analysis of Beaugé’s À vol d'ombre (1966), while another will focus on a short-lived aesthetic called merdisme that Francis Séjour-Magloire promoted between 1963 and 1966. The dissertation will begin with an exploration of the novella “Madness,” from Marie Vieux-Chauvet's Love, Anger, and Madness (1968), and her final chapter will provide an analysis of Ready to Burst (1968), the first novel written by Haiti's most prominent living author, Frankétienne (born Franck Etienne).

“I wrote my MA thesis on the theme of absence, and I am writing my dissertation on isolation,” Batraville says. “I’m exploring how absence and isolation are situated at the intersection of different forms of power and governance and how they reflect on social and phenomenological questions within the space of the Black Atlantic.”

Batraville is establishing a detailed intellectual and literary history of Haiti in the 1960s. She calls the works she studies “post-negritude interventions,” literature “created in the wake of a transnational literary aesthetic that placed black consciousness in relation to colonialism, slavery, and their legacies. In Haiti, negritude had its origins in large part in the U.S. occupation.”

Batraville is able to do a lot of her research in Sterling Memorial Library, where she is “constantly fascinated” by the things she comes across. Thanks to contemporary technology, Haiti’s oldest and largest daily newspaper is digitized, so she can read it on her laptop, but she has also conducted research farther afield.

In the summer of 2013 she spent five weeks in Haiti, where she consulted archival material such as rare literary journals, newspapers, and poetry collections. She also interviewed about a dozen artists and intellectuals in Haiti who wrote during the period she studies. Among her interviewees were Frankétienne; the poet Janine Tavernier; and writer, poet, publisher, and literary critic Christophe Charles.

In Paris, she found useful archival documents, especially those related to Haitian Communism, which was a significant force in 1960s Haiti. She also interviewed painter/photographer Gérald Bloncourt. In Montréal, she interviewed writers Anthony Phelps and Gary Klang and spent a day in Ottawa, talking with Jacqueline Beaugé in her home.

Between earning her master’s degree and coming to Yale, Batraville worked for a year in Quebec’s architecture licensing board. “I really didn't have a sense of my work's relevance, especially for Haiti, so I decided to work in communications and actually had no intention of going into academia. I saw myself eventually using my writing and analytical skills for an organization I wanted to support. But then she “decided to try and carve a space within French literary studies to make an intervention that would be meaningful to me and beyond me.”

Born and raised in Montreal, Batraville earned her undergraduate degree from McGill University. French is her first language, and in addition to English, she speaks Haitian Creole, which she learned primarily from her grandmother, who lived with her family while she was growing up. She studied Spanish in college and at Yale and hopes to be able to engage more with works produced in the Spanish-speaking Caribbean, specifically in the Dominican Republic, Cuba, and Puerto Rico.

At Yale, when not pursuing academics, Batraville is a member of Yale Dance Theater (YDT), a faculty-led initiative that enables students to work with professional artists on the reconstruction or development of choreography. In 2012, she worked with Jennifer Goggans and Meg Harper of the Merce Cunningham Dance Company, and this year, with Renee Robison and Matthew Rushing (Alvin Ailey American Dance Theater). She also assisted Emily Coates, YDT's director, in organizing a panel around Alvin Ailey's legacy. The panel brought together Yale faculty members Elizabeth Alexander, Daphne Brooks, Jonathan Holloway, Matthew Jacobson, Constance Valis Hill, and Renee Robinson. Batraville served as the moderator. The project has a written component that allows students to reflect on their engagement with different types of movement, choreographic practices, and cultural traditions. The writings are posted on YDT's blog and published in a journal: http://ydt.commons.yale.edu/

Batraville is also a co-convener, along with Montreal-based scholars Délice Mugabo, Rachel Zellars, Ted Rutland, and Valérie Simon, of the Black Intellectuals Reading Group, which meets every month. She participates via Skype when she isn’t in Canada. https://www.facebook.com/readingblackintellectuals?fref=ts

She has volunteered as an interpreter with Unite Here! for Haitian workers in Connecticut and Massachusetts, and in 2011, worked on New Haven Alderman Frank Douglass' campaign.