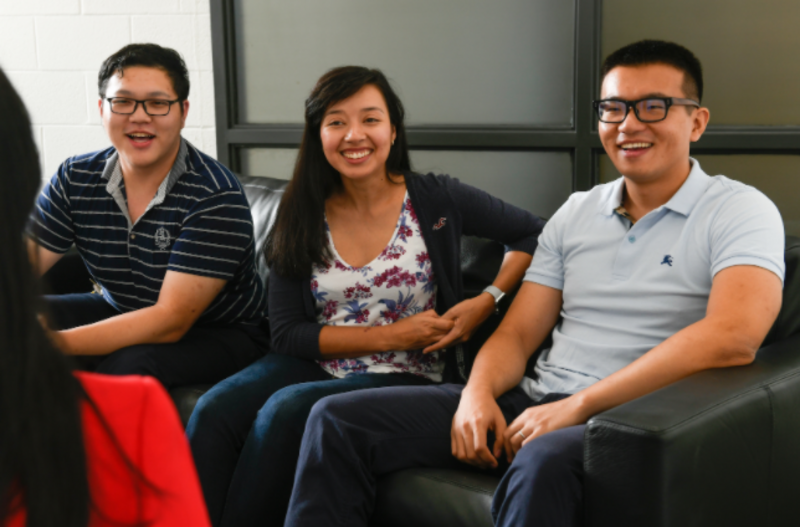 The death of 24-year-old Mochen Liao ENV ’26, a student at the Yale School of the Environment, was reported to YSE last Friday.

Liao was born on May 22, 1996, in Loudi, a city in China’s Hunan province. He attended South China University of Technology, where he majored in applied chemistry. He then earned his master’s degree in forest biomaterials at North Carolina State University in 2020 and entered YSE this past fall. According to a March 7 message to the YSE community, Liao’s death appears to be due to natural causes. YSE hosted a vigil for Liao on Thursday night.

“He was really easygoing, sincere, always helpful to others, a sunny personality and self-motivated,” Liao’s father, Fengchu Liao, told the News, as translated by the News from Chinese. “He got along well with his classmates and friends. He had many interests: literature, history, taekwondo, badminton, pingpong, an excellent swimmer. He was respectful to his elders, independent. He has always been outstanding.”

Liao’s family, friends and teachers all emphasized his focus, conscientiousness and hard work, which manifested in his many academic accomplishments.

Liao presented his research at various conferences, twice receiving student poster awards: one from the Annual Conference of the American Center of Life Cycle Assessment and another one from the American Institute of Chemical Engineers.

“Since the first day I knew him, I believed he would be an outstanding scholar and researcher,” said assistant professor of industrial ecology and sustainable systems Yuan Yao, Liao’s academic adviser at both North Carolina State and Yale. “He was easygoing, bright, talented. He had a big heart for everyone around him, and he always had a smile on his face. He had a strong sense of intellectual curiosity. He asked questions and challenged what he read in literature, and he was able to translate these curiosities into solid, dedicated research.”

Yao added that Liao had published three peer-reviewed articles as the first author in leading journals of his field and that prior to his death, another paper of his had been under review in the Journal of Industrial Ecology.

“Those are his contributions to this world that should be honored and remembered,” Yao said. “Mochen was an outstanding student with tremendous potential and a bright future. I still cannot believe what happened. … This is a loss not only to Yale, but also to the world.”

At Yale, Liao planned to focus his research on biochar, a porous carbon-rich material that can be used to help combat climate change, increase soil carbon sequestration and improve soil fertility properties.

Liao’s parents also noted his devotion to many hobbies outside his official field of study — from computer science to philosophy — as well as his love of spicy dishes from his hometown of Hunan. An excellent student from the very start, Liao also cared deeply about taking care of those around him.

In messages that his parents shared with the News, Liao’s undergraduate classmates described him as focused, an independent thinker, a “computer god” and a talented writer.

“Strong, cool and broad-shouldered,” said one message, translated from Chinese.

Kai Lan, a postdoctoral associate at YSE and Liao’s friend since his time at North Carolina State, described Liao as the kind of person you could easily work with, as well as a diligent and enthusiastic researcher. What impressed him most about Liao, Lan said, was the constant presence of his “healing” smile. Liao’s former roommate from his first arrival in New Haven, Qinrui Xiahou ENV ’21, similarly praised his work ethic and authenticity.

Liao’s parents wanted others to know that, in their minds and hearts, their son is not gone.

“Although we cannot touch him, maybe he will appear in our dreams,” they said in Chinese. “Or maybe our hearts can feel him. … Maybe there was nothing else on the earth that he needed to study, so he graduated ahead of schedule, and he moved on to study and experience in a higher dimension. Every one of us will have to graduate in the end. And we will meet again in that higher dimension.”

In an eighth-grade email that he sent to his father, Liao wrote about his ambitions to use science to benefit the community.

“I have a dream, and this dream is to become a scientist and help humanity,” wrote Liao in the email in Chinese. “I know I am far from this dream at this point, but I can get there step by step … I will work hard and keep improving myself.”

YSE has set up a virtual tribute wall for people to share their memories and thoughts of Liao.