A New Approach to Research, Teaching, and Learning 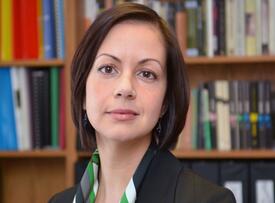 Digital Humanities (DH) is an emerging field at the intersection of computing and the traditional humanities. DH interprets the cultural and social impact of new media and information technologies, and also creates and applies these technologies to cultural, social, historical, and philological questions. It embraces a variety of topics, from curating online collections to data mining large cultural data sets, and combines methodologies from the humanities with tools provided by computing, such as data visualization, information retrieval, statistics, text mining, digital mapping, and digital publishing.

At Yale, DH http://digitalhumanities.yale.edu/ projects range from an archive of searchable images of the Sterling Library’s Babylonian Collection (the largest assemblage in the United States of cuneiform tablets and other inscribed artifacts from ancient Mesopotamia) to “Historian’s Eye”: photos and interviews devoted to the political and social climate in America under President Obama. “Ten Thousand Rooms” is an open-access platform for collaborative work on pre-modern Chinese images and texts; the “Slavery and Abolition Portal” identifies all material on global slavery, abolition, and resistance within Yale’s libraries and galleries.

This began as a course taught in the fall by Professor Marijeta Bozovic, assistant professor of Slavic Languages and Literatures. It lives on as a resource that scholars can explore and to which they can contribute. The course was a highly collaborative seminar open to graduate students and advanced undergraduates. It had two primary objectives: to familiarize students with Joseph Brodsky’s writings and the critical tradition around it; and to introduce them to digital tools for conducting and presenting research.

Brodsky (1940-1996) was a dissident poet and essayist of the Soviet era. After arrests, internal exile, forced incarceration in a mental asylum, and a show trial, he was exiled from the Soviet Union in 1972. His first book of poetry in English translation appeared in 1973, and in 1987 he won the Nobel Prize for Literature. In addition to teaching at Columbia University and Mount Holyoke College, Brodsky wrote poetry and essays in English and served as Poet Laureate of the United States from 1991 to 1992. In 1993, he joined with Andrew Carroll to found the American Poetry & Literacy Project, which was devoted to making poetry a more central part of American culture.

“Had his heart not cut him short in 1996, he could still very well have been around, teaching and weighing in on contemporary politics (with opinions undoubtedly uncomfortable to both the right and left) today,” Bozovic says.

The Beinecke library holds the world’s largest collection of Brodsky’s original drafts, unpublished notebooks, translations, and correspondence with authors like W.H. Auden, Susan Sontag, and Derek Walcott. Only a small fraction has been digitized, and most of it is not yet available to the public. The DH project was initiated as an online platform to draw attention to these resources, to design tools that will help researchers navigate the materials, and to share original scholarly contributions.

“The sheer amount of the material means that much of it has been looked at — well, virtually never,” Bozovic says. “The researchers that do come in tend to work on the same canonical poems and problems, repeating one another in isolated exercises. We are dealing with a large archive, a prolific author with a vast network of literary and cultural contacts, legendary reading lists, and travels. There are also competing translations (sometimes interlinear: one translator does it, then Brodsky gives feedback or borrows from another translator, and then increasingly attempts his own) — all of it accompanied by vitriolic letters accusing one another of betraying all of poetry. The Brodsky Lab is a first attempt to change that, and a few aspects of pedagogical practice besides,” she says. “The Yale Slavic Department has a historical strength in émigré material, but our graduate students increasingly need new kinds of training — new methods, new frameworks: archival research of both the paper and digital kind.”

“We called it a lab to highlight that it was an experiment, and that the research questions would change during the course of the experiment,” Bozovic explains. “Using the Beinecke archive and the human and technological resources available at Yale, we can do things like compare draft variants, dig through archeological levels of changing language in translation, map changes over time in the use of metaphors, or sub-genres like the elegy — in Russian and in English. My pedagogic goals were to push the students to self-critically reflect on what constitutes valid scholarship in the humanities today. I wanted students to combine old and new approaches with a fresh perspective: from archival research, draft comparisons (and reading vast amounts of poetry, counting things like feminine rhymes preserved into English translation) to computer-assisted part of speech tagging and interactive timelines. We experimented with Voyant for word frequency analysis and to build search tools; with topic modeling; and with various kinds of data visualization, including literary networks and mapping travels.”

Ingrid Nordgaard signed up for the Brodsky seminar “to explore the works of a writer using three rather different research methods,” she says. Supplementing a traditional approach that focused on close readings and literary criticism and theory, “We were also presented with a wide range of digital tools, and were trained in how to use them. In addition, we used the Brodsky archive actively during class sessions. Combining these three research methods, a whole new world of possibilities seemed to open. For me personally, the most important thing I learned in the seminar was how crucial it is to be conscious of my own research methods. The seminar definitely broadened my perspectives and allows me to think more creatively when I start a new project.” 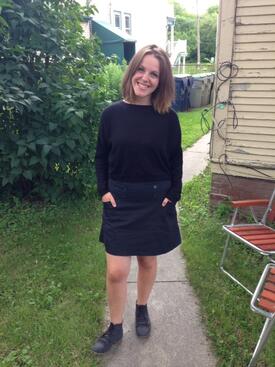 Ingrid’s research focused on the use of animal imagery, specifically nouns, in Brodsky's published Russian poetry. “I found every instance of animal nouns, systematized them, and presented my findings in a digital timeline that I designed with Peter Leonard and Trip Kirkpatrick, who helped teach the course. I chose this research topic because I wanted to present a ‘different’ Brodsky, a Brodsky who is also concerned with the physical and bodily aspects of life. The timeline is a digital tool, providing the researcher with an excellent opportunity to easily dig into this element of Brodsky's work.”

The seminar had as many instructors as students. Course leaders included Peter Leonard, librarian for Digital Humanities Research; Trip Kirkpatrick, Center for Teaching and Learning; and Lisa Conathan, head of processing for the Manuscript Unit at the Beinecke.

Leonard and Kirkpatrick taught DH tools and concepts such as topic modeling; Conathan introduced the students to working with materials in the physical archive. The graduate students who participated in the seminar were Carlotta Chenoweth, Jacob Lassin, Ingrid Nordgaard, and Anya Corke. All are continuing with their projects, even though the course is over. Yale College participants were Christopher Landry, Obaid Syed, sophomore Dalia Wolfson. All student projects are on the website, listed by topic on the left menu: http://russ67801f2014.coursepress.yale.edu/ 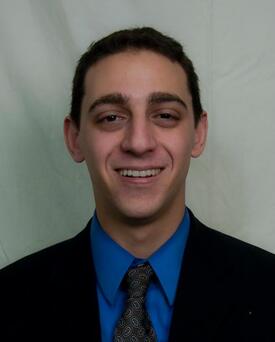 Jacob took the course because of his “long-standing interest in studying new media. I learned a great deal about available tools for doing certain aspects of textual analysis, such as topic modeling, which allows one to discern latent themes in a large corpus of works.” His project involved compiling a database of feminine rhymes (two-syllable rhymes, with the second syllable unstressed, as in “city” and “pity”) in Brodsky’s poetry. Jacob wanted to find and share the poems that use this device most frequently and identify which words and inflected forms Brodsky employed. “The database and the spreadsheet where one can add information are both available to the public now for anyone to use or expand,” he says.

The Brodsky materials are still under copyright. “Some of these poems have never been published and there are sensitive materials in the archive,” Bozovic says. “We had to be careful what we made available. This, too, is exciting for me, because we are trying to make a model for how to combine the ideals of open access scholarship with copyright — an incredibly important issue today.”

Bozovic plans to use the Brodsky project as the first installment of a larger one on Russian avant-garde and émigré culture and translation studies. It will serve as “a model for how to make use of, interactively and collaboratively, the incredible archival resources we so often sit on and ignore,” she says.